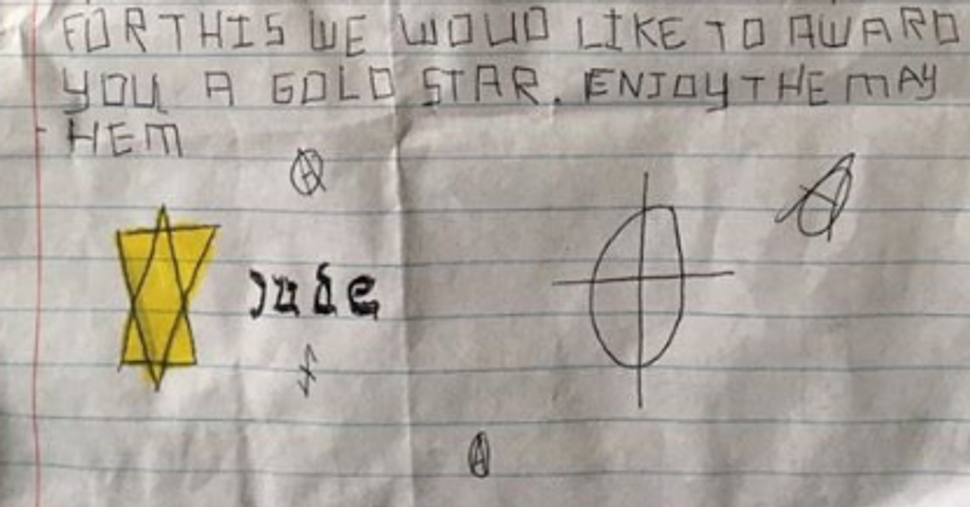 After Sonya and Michael Franklin hung up a “Black Lives Matter” sign outside their Rockville, Maryland, home, the Jewish couple received an anti-Semitic threat letter and saw their property vandalized.

“It has come to our attention that you support the black terror group that is ant-white and anti-police,” the letter pinned to their windshield read. “And for this we would like to award you a gold star. Enjoy the mayhem.”

The note was signed with a yellow star and the words “Jude,” both written in a style to suggest the patches that Nazis made Jews wear in order to identify them in public. The Franklins also said their house had been tee-peed and their car had been egged.

“The purpose was to scare us, and they succeeded, because we’re scared,” Michael Franklin told BuzzFeed News. “Not that people will harm us, but that there are people that would do this in our very diverse area.” Sonya, Franklin, his wife, added, “It’s just upsetting, because this is something we lived through,” she said. “Somehow, putting a yellow star on it, it’s made it more personal.”

Local police are investigating the incident as a hate crime, but had identified no suspects as of press time. Police departments around the country, as well as the Southern Poverty Law Center, have documented a spike in bias incidents since the victory of President-elect Donald Trump, whom many believe traded on racist and anti-Semitic tropes to win his office.

Michael Franklin expressed concerns about the incoming leader and his supporters in his comments to BuzzFeed. “It’s empowered people that kept their racist thoughts to themselves, and are instead leaving racist notes on people’s cars,” he said.