Jerry Nadler Says Election Was ‘Tainted’ and Trump Is ‘Not Legitimate’ 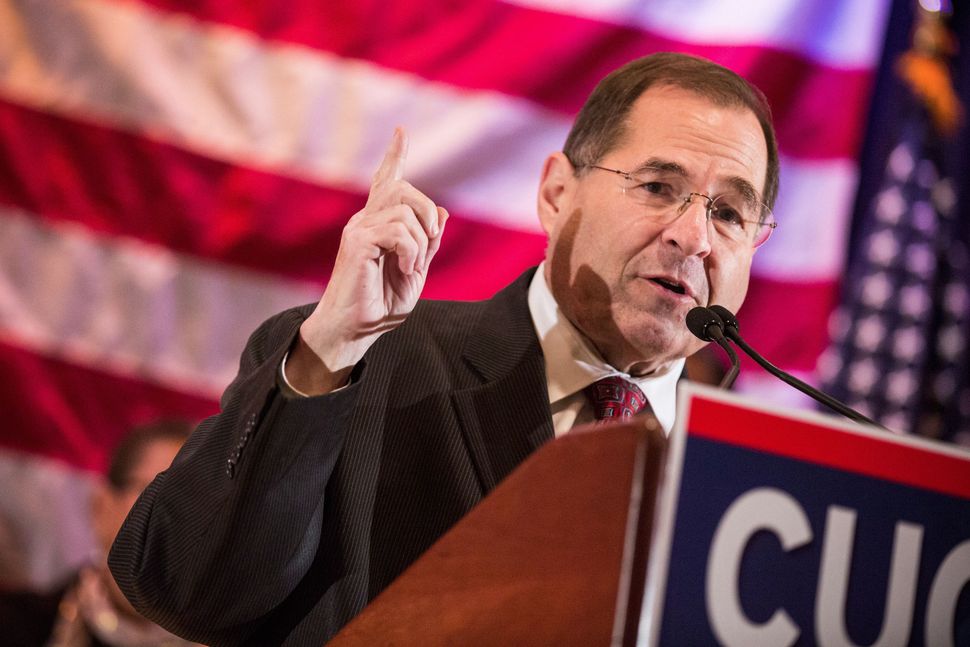 Congressman Jerrold Nadler, who represents more Jews than any other member of Congress, says that that Donald Trump is not a “legitimate” president.

In comments on CNN and to the Forward, Nadler acknowledged that Trump had been legally elected. But he said that the election had been “tainted” by interference from the Russians and the Federal Bureau of Investigation, and that Trump is “not legitimate.”

The charges echo those made last week by Congressman John Lewis, who told NBC on Friday that he did not believe Trump is a “legitimate president.” In response, Trump attacked the civil rights hero on Twitter, setting off a major backlash among congressional Democrats and African Americans.

Nadler said that Trump’s attack on Lewis had convinced him to skip the inauguration this Friday.

“The final straw was when he showed such huge disrespect and insulted an icon, someone who has given blood for this country like John Lewis,” Nadler told the Forward.

Nadler, who has been in Congress since 1992, said that he has only skipped one other presidential inauguration since he arrived in Washington, and that the previous time was not meant as an act of protest. He said that Trump’s inauguration is different.

Nadler acknowledged, however, that Trump’s victory was legal.

“He is legal,” Nadler said. “There’s nothing we can do about that. His appointments will be legal. He has to — he’s totally egoistic, so he’s not going to do this — but he should lean over backwards to gain legitimacy.”

Jerry Nadler Says Election Was ‘Tainted’ and Trump Is ‘Not Legitimate’