Why Do Orthodox Jews Oppose The Plastic Bag Fee? 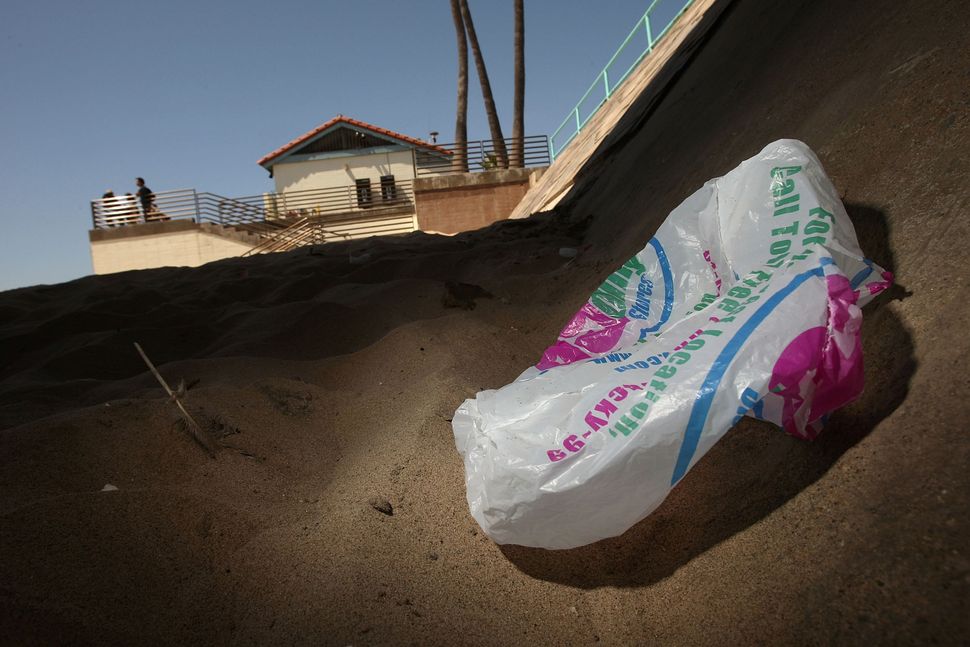 A state law blocking New York City’s effort to charge a nickel apiece for plastic bags at grocery stores is a victory for Brooklyn’s powerful Orthodox community — where large families might mean an outsized burden.

The law, signed by New York Governor Andrew Cuomo Tuesday night, bars the city from enforcing its own law, which would have gone into effect in just a few days.

The city law had few friends in Albany. But it was the Simcha Felder, who represents the Orthodox neighborhood of Boro Park in the State Senate, who led the charge against it.

Felder railed against the fees, bringing props to hearings to drive home his point. “Do you know how much a pound of bread costs today?” he asked New York City Mayor Bill de Blasio at a State Senate hearing in January, waving a loaf of Wonder Bread at the mayor.

So why does Orthodox Brooklyn love plastic bags so much? Hikind pointed to the large family sizes and high poverty levels as an explanation for the fierce opposition.

“In my community, when I go shopping on the weekend for shabbes, and I do the shopping, I’m coming home with 10, 12, 13, bags,” he said. “At the end of the day, you’re paying 5 cents for something you weren’t paying for yesterday.”

Hikind suggested that residents of neighboring Park Slope, where the bag ban was popular, have smaller families. “A lot of that community, when you go shopping, all you need is one bag,” he said.

Backers of the bag bill, including New York City Councilman Brad Lander, who represents Park Slope and a sliver of Boro Park, say that the idea is that people will bring reusable bags, and will not pay the fee. They also note that the city’s bill exempts people buying their groceries with public assistance from paying the fee.

“I’m very disappointed,” Lander said. “We’ve been working on this a long time. We did a two year fact-finding project, we had…public hearings, gave away hundreds of thousands of reusable bags.”

Why Do Orthodox Jews Oppose The Plastic Bag Fee?