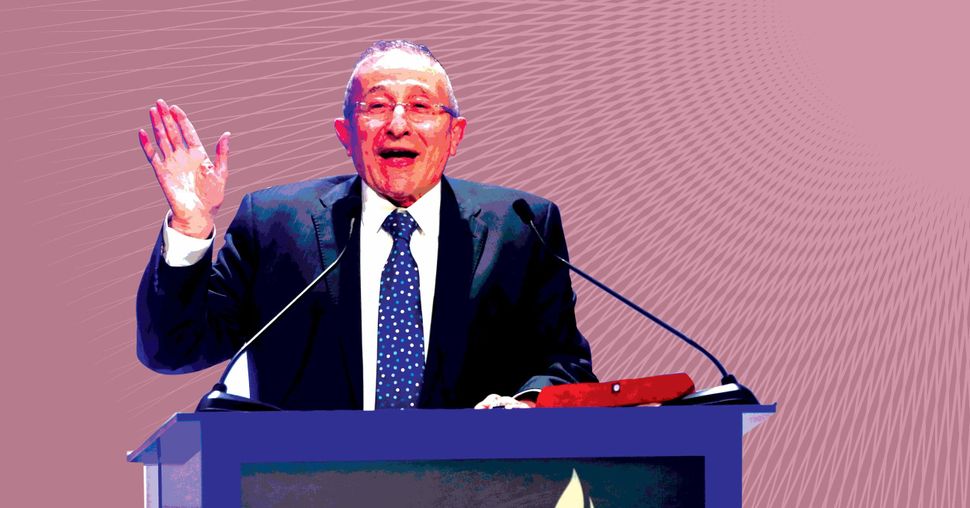 Hier has been an oft-noisy voice on the national Jewish scene since the 1970s. But the months since Trump’s inauguration have seen him ascend from the rank and file of Jewish organizational leaders to the top tier of A-list spokesmen for the Jews.

Although it was lauded as a great honor for the Jewish community, Hier blessing the 45th president provoked a backlash in that community, as well as online among anti-Semites.

At a moment when few Jewish leaders are willing to get behind the president’s policies or to stand by the president’s initiatives, Hier has literally stood beside him at a press conference. Now, he’s a rare link between the organized Jewish community and the president.

What remains to be seen is how Hier, and the Wiesenthal Center, will fare if they remain close to a president whose popularity, particularly in the Jewish community, continues to plummet.

For now, though, late in his career, Hier is enjoying a moment of high influence and attention.

“I will say that I get a lot of calls,” Hier told the Forward last June. “What can I do? I’m not going to deny that.”