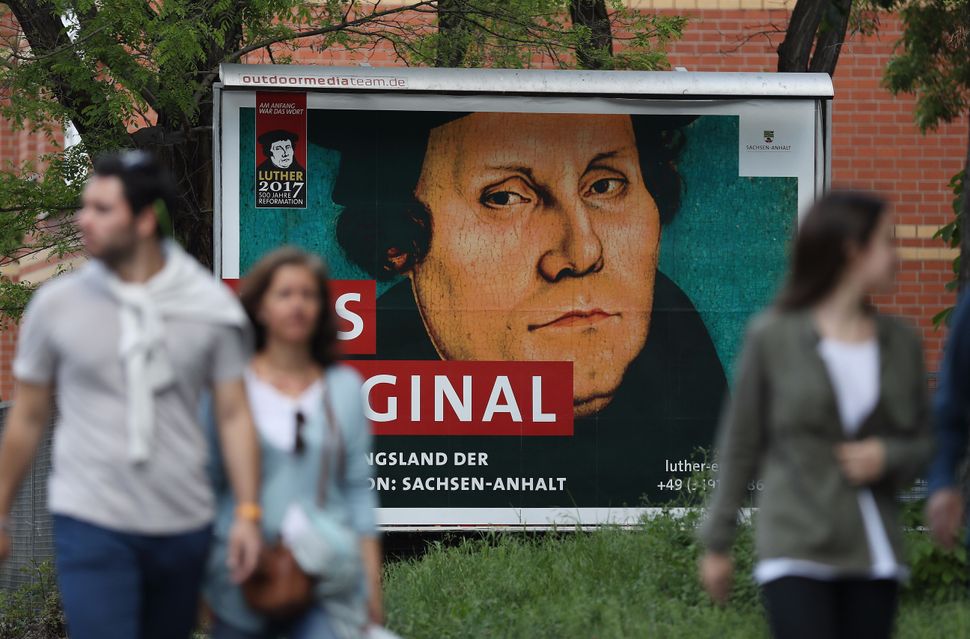 Exactly five centuries ago, Martin Luther sparked what would become the Protestant Reformation by nailing a list of criticisms on a church door in Germany.

Luther decried what he saw as abusive and corrupt practices in the Roman Catholic church — but reserved a very special kind of hatred for Jews, whom he branded an “accursed and miserable people.”

In Luther’s early years he seemed concerned with the plight of European Jews, and held out high hopes of converting them to his branch of Christianity. When wide-scale conversion failed to pan out, though, he slipped into a deep religious anti-Semitism, calling for violent persecution of Jews. Luther wrote often of Jewish worship — which he saw as devilish and repulsive, even describing Jews as worshiping and eating Satan’s feces.

Luther’s relationship with Judiam has been examined in more depth elsewhere — with some looking at how his widely distributed anti-Semitic tract “On The Jews and Their Lies” helped lay the theoretical groundwork for later waves of European anti-Semitism — even influencing Hitler and the Nazis.

Here are eight of the most notable anti-Semitic things Luther wrote.