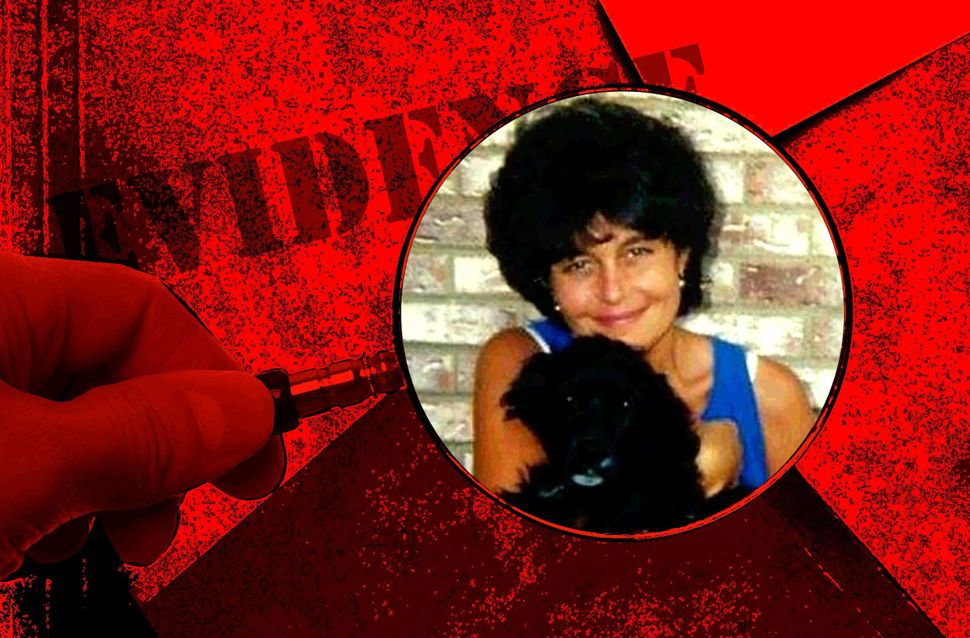 Welcome to the Forward’s series on unsolved Jewish murders. The cases run across continents and class divides and have rocked Jewish communities around the world. To access the series, click here.

Aliza Sherman stayed in what was by many accounts a failed marriage. Her children later spoke of constant fighting between her and her husband. By the spring of 2013 she had waited more than a year for a chance to see a judge since filing for divorce. Two days before her day in court, Sherman was stabbed to death — in the middle of downtown Cleveland.

Aliza Sherman, mother of four, was a devoted caretaker in her family. Family, in fact, was her professional calling: She worked as an in-vitro fertilization nurse at the renowned Cleveland Clinic. Sherman continued to live with her ex-husband, Sanford Sherman, for over a year after filing for divorce, either to avoid tax problems or to try to shield her children from the worst effects of a divorce.

Her parents, survivors of the Holocaust, had met and fell in love in a displaced persons camp. Sanford Sherman’s parents were also survivors; they were married for more than 30 years.

In March 2013, on a Sunday afternoon, Sherman went to visit her divorce attorney’s offices in a mall in downtown Cleveland. A court date for the divorce case was set for the coming Tuesday.

Around 5:30 p.m., employees of the mall heard screams and ran downstairs to find Sherman trying to stand with blood pouring out of her arms and mouth. She had been stabbed 11 times — in her neck, back and arms. When first responders loaded her into the ambulance, she was barely conscious. She was pronounced dead at 6:14 p.m.

Security cameras captured a person running — with a slight limp — from the location where Sherman was found. Sherman still had her wallet. None of her jewelry had been taken.

Sherman and her husband had had a rocky marriage. Their children had called the police to intervene in their loud, violent fights numerous times. Fights had erupted from disagreements as small as what prizes to hand out in a game of dreidel. She filed for divorce in 2011.

“I am really afraid he is going to have me killed,” she wrote in an email to herself one night in 2012.

But suspicion also fell on Sherman’s attorney. An associate of Gregory Moore handed the attorney the case after the associate had his law license suspended. Moore tried to delay the case as much as possible, and eventually faced charges of having called in bomb threats to courts to try and delay three other cases.

Though he initially told police he had been waiting for Sherman in his office, digital records later proved he had been out of the office for nearly an hour when Sherman was stabbed.

Jennifer Sherman eventually took her father to court over what she claims was $2 million that he owed to her mother. Over the course of the trial, it was revealed that Sanford Sherman had been having an affair for four years leading up to the divorce. In a deposition, an attorney for Sanford Sherman said that his client had asked him about committing “a perfect murder.” The attorney had given Sherman his advice.

“Don’t use your car or don’t let your car be seen,” he said in testimony. “Don’t use a gun, because it could be heard. Don’t use your street clothes. Use something that would cover up your entire body, your face, your hands.”

In January 2016, Moore was indicted for tampering with evidence.

No further arrests have been made. With help from an anonymous donor, local authorities are offering a $100,000 reward for information leading to the arrest of Sherman’s murderer.