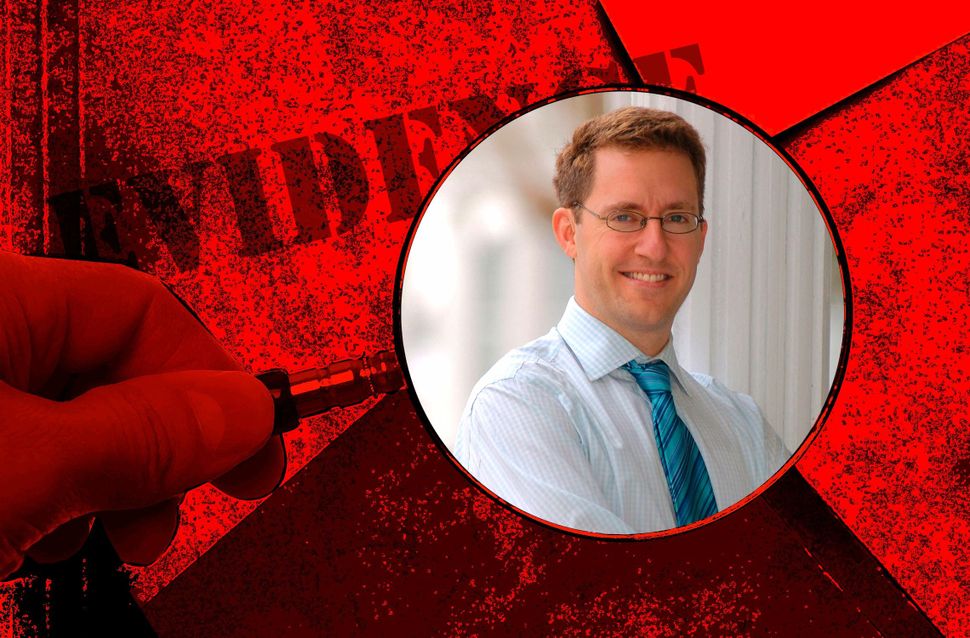 Welcome to the Forward’s series on unsolved Jewish murders. The cases run across continents and class divides and have rocked Jewish communities around the world. To access the series, click here.

Dan Markel was a respected legal academic who wrote about crime and punishment in law journals, in essays for Slate and The New York Times and on his personal blog. After receiving two degrees from Harvard and a degree from Cambridge University, and a stint as a clerk and corporate lawyer, Markel became a professor of law at Florida State University. He met his future wife, Wendi Adelson, when she was still a law student at FSU.

Markel, 41, pulled into his driveway on the morning of July 18, 2014. He was on the phone at the time, and told the person with whom he was speaking that there was someone standing by his house. The person followed Markel into the garage and shot him in the jaw at point-blank range.

A neighbor called emergency services, but EMTs took longer to arrive than usual. In August 2014, a local newspaper reported that the 911 dispatcher had mistakenly mislabeled the call as Priority 3 and not Priority 1. The ambulance arrived 19 minutes later. Markel was pronounced dead at the hospital.

Authorities released the audio from the 911 call reporting the shooting.

Markel’s death was a shock to the legal academic community. He was remembered as a mentor figure who helped other academics develop their ideas in blog posts and journal articles.

After the murder, a friend of Adelson’s described her as “devastated” and “scared to death.” Suspicion quickly fell on Adelson and her family, as the couple’s divorce had been acrimonious. Markel had successfully filed a motion forcing Adelson to stay in Tallahassee so that he could keep partial custody of their children. His actions incensed her brother, Charlie Adelson.

In May 2016, police arrested two men for first-degree murder in connection with Markel’s killing. Using phone logs and credit card records, police said that Sigfredo Garcia and Luis Rivera had been hired as contract killers and had driven to Tallahassee from Miami Beach on orders to shoot Markel. Rivera pleaded guilty that July, confirming to police that Garcia and a woman, Katherine Magbanua, had been involved in the killing.

No other charges have been filed, though observers have accused the Adelsons of planning the hit on Markel. The Adelsons have called the accusations a “fanciful fiction.”

It is possible that Wendi Adelson had no idea about a planned hit on her ex-husband. Police testimony suggests that Charlie Adelson joked about having Markel killed. Wendi Adelson also told People magazine that an ex-boyfriend from after her divorce, a law professor named Jeffrey Lacasse, may have had something to do with it.

“I’m the paranoid ex-boyfriend,” Lacasse reportedly told the police. “I was surprised that you guys didn’t call me earlier, though, because I probably said a hundred times that I’d like to kick his ass because he kept, like, really making Wendi suffer.”

As the Forward previously reported, Lacasse has been cleared as a suspect.

Both Rivera and Magbanua have yet to go to trial for the murder. Magbanua’s trial was recently moved to October after it was scheduled to begin on January 22. Garcia’s trial was originally set for December 2017 but was moved to July of this year.

This story was updated January 24, 2018 to reflect prior reporting that Lacasse was not a suspect.