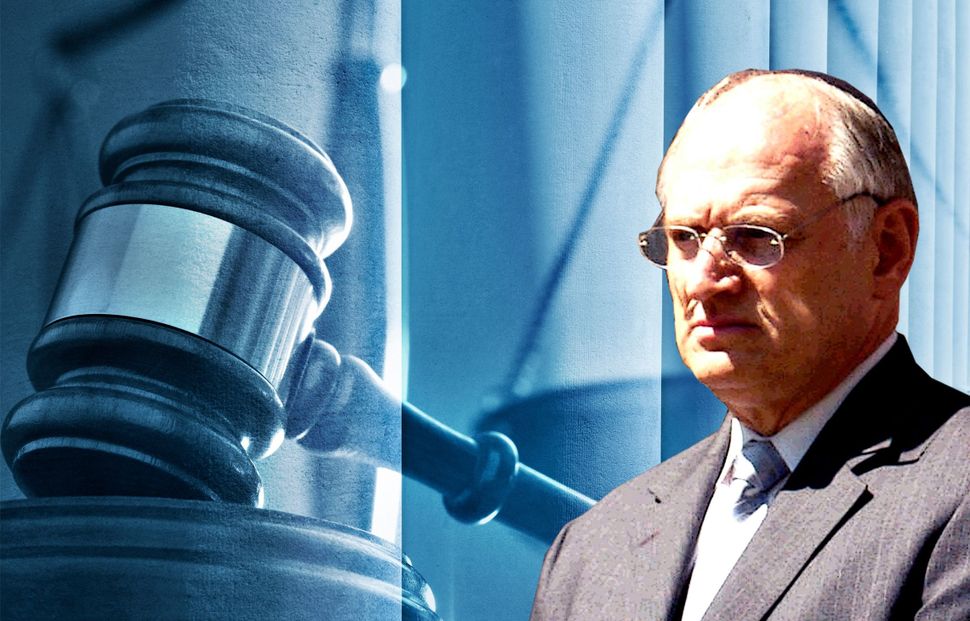 Top American Jewish organizations agreed last year to adhere to rules that ban them from attacking each other, the Forward has learned.

The rules, which regulate the discourse of American Jewish leaders, have never been publicized, and are unknown to the vast majority of the constituents of the organizations that have agreed to abide by them. First written in 1995, they were quietly revamped in early 2017.

All of the fifty-odd Jewish groups that belong to the Conference of Presidents of Major American Jewish Organizations are subject to the rules, which now ban “insults, ad hominem attacks, and name calling” against the Presidents Conference or its member organizations, and statements that are “false, inaccurate or unfairly exaggerated.”

Alleged violations of the rules are referred to a committee that has the power to recommend that organizations guilty of serial violations be expelled from the Presidents Conference. The membership and procedures of that committee, which also were updated last year, have never been made public.

At least four alleged infractions of the rules are currently pending before the committee, the Forward has learned. Those four all involve the Zionist Organization of America, a hawkish pro-Israel group, which is the subject of two of the complaints and has filed two more.

“I criticize other organizations all the time,” said Mort Klein, the ZOA’s president. “You just can’t lie, and you can’t say don’t support them. You can’t call names.”

The rules are contained in a Presidents Conference document titled the “Statement on Public Discourse,” first written in 1995, in the aftermath of the assassination of Israeli Prime Minister Yithak Rabin. It was updated in 2017.

Versions of the statement have been distributed at various points in the past two decades, but those versions seem not to have included the language banning certain specific conduct by members of the Presidents Conference. It’s not clear if that’s because that language was added in 2017, or if the earlier versions posted online were redacted before they were distributed.

“I couldn’t possibly comment on a rule without knowing whether I’d be breaking the rule by doing so,” said Jeremy Burton, who leads the Jewish Community Relations Council of Greater Boston, and had never heard of the rules. Burton’s group is a member of the Jewish Council for Public Affairs, which is a member of the Presidents Conference, and is a signatory to the rules.

Members of the Presidents Conference have raised concerns about transparency at the organization since the Forward revealed last week that its top executive, Malcolm Hoenlein, served on the board of a major Israeli gas drilling firm without telling the organization’s membership.

But the existence of the discourse rules, and the secrecy around them, suggests that the Presidents Conference at times relies on a lack of transparency in order to pursue its work.

One person who spoke with the Forward described being brought before a predecessor to the current rules committee roughly two decades ago, after their organization was accused of breaking the discourse rules. “I had to cover my face at times because it was comical,” the person recalled. The person said that four older men presided over the hearing, and that they accused the person of lying about the circumstances of the alleged violation. “It was pretty bizarre,” the person said.

Today, multiple sources said that the committee has moved very slowly on the four complaints currently before it. According to one person active in the Presidents Conference, both the Jewish refugee aid organization HIAS and the Anti-Defamation League currently have complaints that have long been pending against the ZOA. The ZOA’s Klein told the Forward that his group has brought its own complaints against the ADL and Ameinu, a progressive Zionist organization.

None of the organizations would describe the content of their complaints. But that they relate to the ZOA is not surprising, given the organization’s willingness to publicly attack its colleagues. In a letter to the editor published in the Forward in 2017, Klein suggested that there was a “profit motive” behind the HIAS’s opposition to President Trump’s Muslim ban.

“Some refugee resettlement groups, such as HIAS, which have invoked ‘morality’ arguments….have been receiving millions of dollars of government grants to resettle refugees,” Klein wrote.

HIAS would not say whether the January 2017 letter, or some other public statement by the ZOA, was the subject of its complaint to the committee.

“I do not want to prejudice the proceedings in any way by commenting before the process has run its course, which I hope will be soon,” said Mark Hetfield, HIAS’s president and CEO.

The procedures that govern the committee, which were adopted in 2017, have not been publicly disclosed. The Forward obtained a copy of the procedures, which outline how the committee handles official complaints about alleged violations of the rules. Upon receiving a complaint, the chairman of the committee has a month to try to resolve it by “informal conciliation.” If they are not successful, the committee will hold formal hearing, at which the relevant organizations can appear to present facts and arguments. The committee then votes to decide whether to act, and what sanction is appropriate.

Under the rules, the committee is empowered to issue a confidential “written warning” to the offending party or to make a “public censure” distributed to all members of the Presidents Conference. It can also recommend that the full membership of the Presidents Conference vote to suspend or expel a member. It’s not clear that this has ever been done.

Both the procedures and the updated “Statement on Public Discourse” were adopted early last year. They were written by a committee that included Sugarman, Klein, and the professional leaders of the Orthodox Union, the ADL, B’nai B’rith International, and the JFNA, among other groups.

While the rules ban attacks on other member organizations, they do allow, at least in principle, for public criticism, as long as the committee does not consider the criticism to be “false” or an “insult.” Klein said that he believes that it’s his job to criticize Jewish organizations he disagrees with. “I think one of my duties is to call out organizations where I think they’re doing something wrong,” he said. “I’m not sure anyone else is concerned about that.”