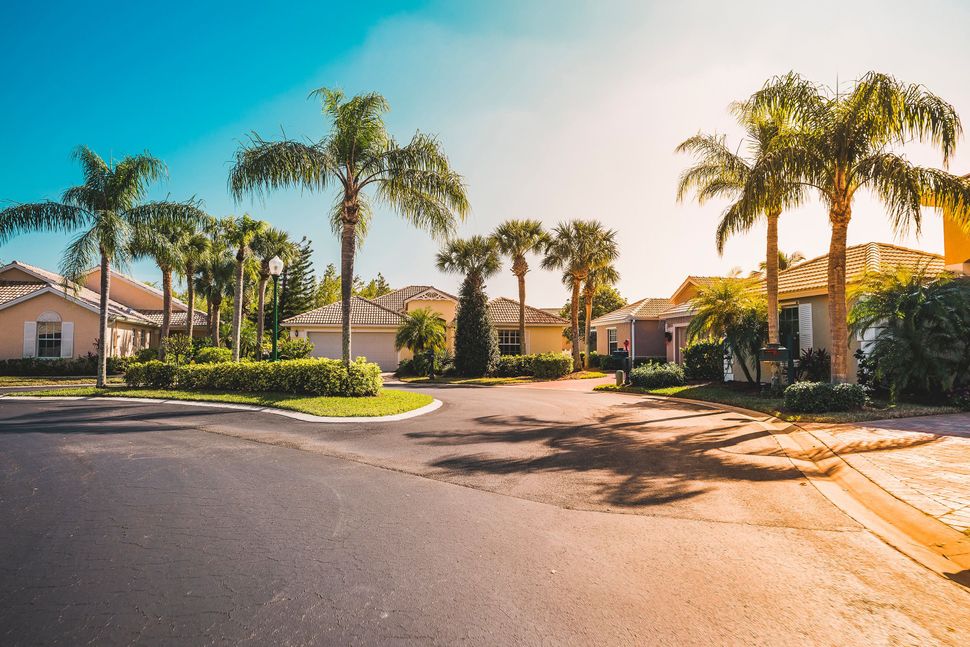 Florida is known for warm weather, wild partying and even wilder elections.

The Democratic Party is hoping that a “blue wave” of November election victories will crash onto the state’s fabled beaches — and two Jewish politicians are central to its strategy.

Former Obama official Lauren Baer has raised more than $1.5 million in her effort to oust an incumbent Republican in an area covering wealthy enclaves running north from West Palm Beach on the Atlantic coast. Across the state on the Gulf coast, David Shapiro has brought in more than $1 million and is within four percentage points of the six-term incumbent he’s facing in a district President Trump carried by 11 points.

The party needs to flip at least 23 seats to take back the House. To do that, they’re focusing on suburban and exurban areas. Some of those are heavily Jewish, like south Florida and Orange County, California.

Rabbi Mark Winer, who leads the Florida Democratic Party Caucus of American Jews, said Jewish voters make up more than 10% of the electorate in some key districts in the state, which means not only votes but help in fundraising and campaigning.

“Jews are disproportionate in raising money and giving money. Also and probably even more important in organization,” Winer told the Forward. “Jews are big time political activists. It’s in organization that [Jewish support is] huge.”

Both candidates have the backing of the Democratic Congressional Campaign Committee’s Red-to-Blue project, which helps provide crucial fundraising and communications support.

“I’d like to think Jewish voters will have a big impact in bringing back the House and in all the [Florida] districts,” Shapiro told The Forward. “There are more and amore [Jews] here on west coast [of Florida], and a high voter turnout among Jewish people.”

Shapiro, who was bar mitzvahed at an Orthodox synagogue while growing up in Maryland, said he now attends the a Reform synagogue, Temple Emanu-El in Sarasota.

Apart from the Jewish vote, the candidate said the district has a large percentage of registered independents and seniors, who are concerned with issues like health care and affordable housing.

“People here because of their age are paying attention,” Shapiro added. “They will look at the [incumbent’s] votes. That may be the reason I’m going do very well.”

In fact, an analysis by the Forward has found that a strong number of Jewish candidates are doing well in suburban races across the country — particularly in areas that have not historically had Jewish representatives.

To be sure, the Republicans still have the edge in the both south Florida swing races and could be bolstered by turnout from a high-profile governor’s race, which as seen an influx of cash from conservative Jewish mega donors like Sheldon Adelson.

The Republican National Committee has highlighted their strong cash advantage.

“Well, the media keeps talking about the energy on the left. Let me tell you, we see the energy on the right in this fundraising. A lot of it’s coming from small-dollar donors who support President Trump,” RNC Chairwoman Ronna McDaniel said in late August.

“They are fueling the support of the RNC which we are putting directly into our ground game in 28 states with 20,000 field organizers across the country preparing for these midterms.”

Well-respected nonpartisan election forecasters, including FiveThirtyEight and Inside Elections, give Democrats a solid advantage in winning back control of the House. That, in part, has to do with the large number of toss-up districts the Republicans are defending.

There are at least 60 Republican-held districts in danger of flipping, Bloomberg reported Sept. 6. That has helped open up the playing field in suburban areas across the country, not just in Florida and California but in states like Virginia and North Carolina.

Apart from large number of Jewish voters, key suburban districts also have disproportionate number of educated voters, who have been trending away from Trump.

Baer is hoping to swing some of those voters. She did well during her primary, garnering more than 60% of ballots cast, though incumbent Brian Mast still got about 15,000 more votes in the Republican race.

Reform Rabbi Bruce Warshal, who co-officiated her bat mitzvah, wrote the Democratic candidate was a “compassionate human being who cares about helping other people.”

Shapiro thinks those moderate, educated voters could be crucial in his race, especially with the stakes so high.

“I’m 59 years old I believe this is the most important election of my lifetime,” the candidate said. “Every single House race is critical.”

The Republican Party of Florida did not return a request for comment.