For Rabbis, Whichever Days They Get Off Are The Sacred Ones 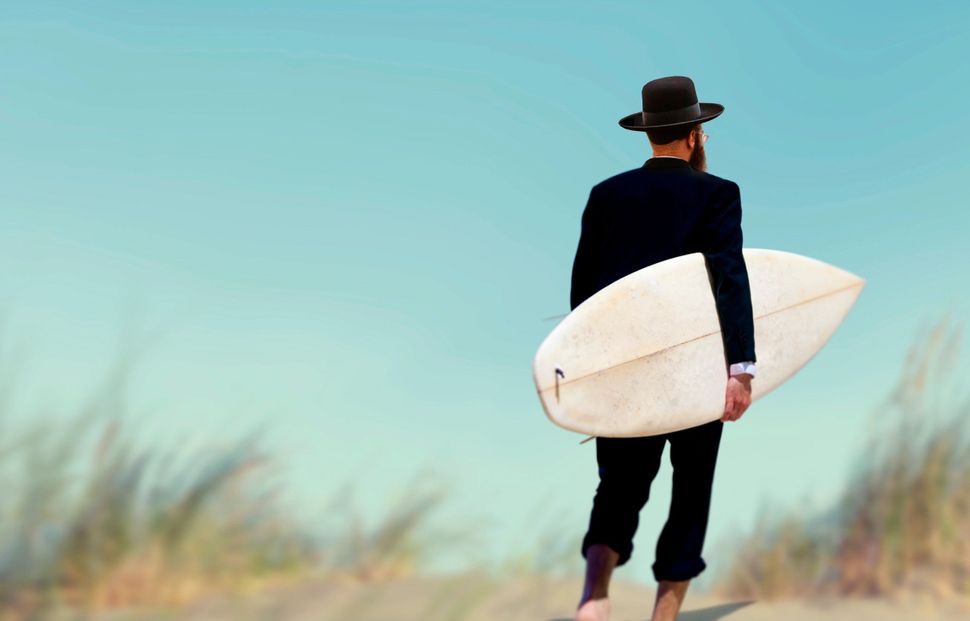 “Everybody’s working for the weekend,” as the song goes. Except rabbis. They work on the weekend.

Friday nights are for evening services and hosting guests at home. On Saturdays, the rabbi is at synagogue by 8 or 8:30 a.m. for the main event of his or her week: Shabbat services, with Torah reading. Sunday morning can mean Sunday school, board meetings and catching up on email.

So when do rabbis get their time to Netflix and chill — or whatever they do to relax? Monday through Thursday all work, at least in theory. Many rabbis say their day off exists more in the breach than the observance, easily lost as it is to holidays and pastoral emergencies. When it’s your job to guard the Jewish day of rest, who guards your day of rest?

“If keeping close track of your days off and your vacation is something that is important to you, the rabbinate is probably not the best career choice,” said Rabbi Joshua Aaronson, of Temple Judea in Tarzana, California, in an email.

Indeed, hard-and-fast days off for rabbis are a relatively recent phenomenon. They only began appearing in work contracts at a large scale in the 1980s, according to Zev Eleff, an associate professor of Jewish history at the Hebrew Theological College, in Chicago. That shift came as more rabbis — particularly in the Reform movement — were hiring outside help to negotiate their contracts.

In the 19th century, Eleff said, Reform rabbis didn’t get days off but frequently took a month off in the late summer. Their congregants encouraged the rabbis to do so, because it mirrored the “summering” habits of the urban elites of the time. After World War II, when most Jewish communities moved to the suburbs, rabbis began pushing for days off to make up for their lost Saturdays. It has been a difficult concept for some communities to grasp, Eleff said.

That was initially true for Rabbi Sam Spector, who is in his first year as the leader of a Reform community in Utah. He takes Mondays off, to reap the extra rest of a day-and-a-half off (he’s free after Sunday school ends) in a row, instead of spreading the time out across the week.

Spector, 31, said that when he first chose Mondays as his days off, some congregants complained that that meant he would miss Monday morning services. “Can’t you just come in for a half hour?” they asked.

“I was pretty firm that, if you have a day off, and you’re going into your office for a half hour, that’s not a day off,” he said.

But time off is nothing without a little actual R&R. Rabbi Miriam Terlinchamp, leader of a Reform congregation outside Cincinnati, who also takes Mondays, has a fairly consistent tradition: She goes to the mid-morning showing at a movie theater across town, regardless of what the movie is.

After that, she either goes to the gym or goes grocery shopping. She spends the afternoon cooking dinner and meals for the rest of the week, and taking her kids, ages five and three, to the pool.

“I try to make it a special day for them, too,” she said.

Monday is a popular off day for rabbis — one of writer Harry Kemelman’s best-selling Rabbi Small mysteries is titled “Monday The Rabbi Took Off.” But most rabbis take midweek days off — either Tuesday or Wednesday, according to Rabbi Mark Dratch, executive vice president of the Orthodox Rabbinical Council of America, and Rabbi Debra Newman Kamin, president of the Conservative movement’s Rabbinical Assembly.

“Wednesday is the traditional ‘turning towards Shabbat’ day,” Ingber wrote in an email. “Most rabbis need Shabbat during the week because we work so hard on Shabbat itself.”

Aaronson, of Tarzana, says that he has made Thursday his day off since his days as a rabbi in Park City, Utah — partly because the slopes would rarely be crowded that day. He says taking Thursdays helps ready him for the long weekend.

But Aaronson, like every other rabbi who spoke to the Forward for this story, said that real days off can be few and far between. On Thursdays, after catching up on emails in the morning, he’ll typically outline his sermon for Friday night services. But, he added, by 1 p.m. he’s usually free.

“I would say that it is a rare week when I actually have a full, complete day off with no synagogue business unless I am on vacation,” Aaronson wrote in an email. “And even then…”

Spector said he has to be “protective” of his time — the problem with Mondays is that they are often host to Jewish holidays. Spector said that this year, because all the High Holidays fell on Mondays, he didn’t get a day off for six weeks. And, he added, that’s six weeks of working 12- to 15-hour days.

“It’s impossible to know how much a rabbi works until you are a rabbi,” Spector said.

Not all rabbis have to guard their time as jealously. Rabbi Craig Scheff, leader of a Conservative synagogue in Orange County, New York, said his congregation is so considerate of his time that some of them have declined to even say good morning to him on his appointed day, Monday. And that’s saying something — he lives on the synagogue grounds.

“You hear so many nightmare stories about violation of boundaries, and here we’ve been blessed with a great respect for those boundaries,” Scheff said.

But even when given space, some rabbis don’t know how to turn off. Clergy associations have been combatting pastoral burnout for years. Rabbinical associations encourage their rabbis to take sabbaticals, typically every seven years — a reference to the biblical concept of shmita, or rest, years, when planting or harvesting on agricultural land is prohibited..

“Clergy are really bad at self-care,” said Kamin, who is the leader of Am Yisrael Conservative Congregation in Chicago. She said that less than being encroached on by their congregations, “clergy are just really bad at saying, it’s okay to take time for me.”

Doing so can be particularly difficult for rabbis who are either partially or mostly responsible for raising children, as Kamin was towards the beginning of her rabbinate, in the 1990s.

“I was counseled that it was important to have a specific day off and keep it sacred,” she said. “But as a young mother, that didn’t really work for me.”

Instead, Kamin says she has cultivated a strategy whereby she takes time off when she needs it: yoga most mornings, checking off appointments and running errands as necessary throughout the week.

“Because of all of those years I was a mother with children at home, carving out time felt like life and death to me,” Kamin said. “I’ve got these young children, and they need their mother, so I gotta figure out how to manage my time.”

But Terlinchamp said that for her, having one day a week is important — it signals to her congregants that she is off limits on Facebook, text, email, phone and so on.

“They would call me all the time if I didn’t set that time,” she said. “This is yoga pants day.”

For Rabbis, Whichever Days They Get Off Are The Sacred Ones