Spike In Anti-Semitic Vandalism: What You Need To Know 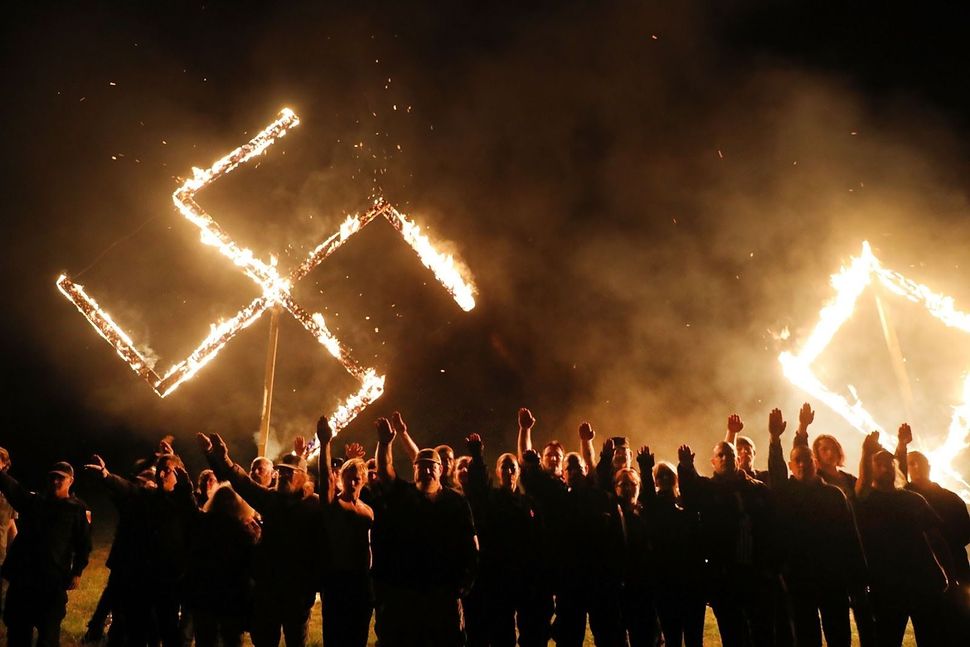 Members of the neo-Nazi National Socialist Movement burn a swastika at an April 2018 rally in Georgia. Image by Getty Images

The headlines seem to come every couple of days. A Jewish cemetery vandalized in Massachusetts. “Die, Jew Bitch” scrawled across Supreme Court Justice Ruth Bader Ginsburg’s face on a poster in Brooklyn. Swastikas littering a playground in Queens. Swastikas sprayed on the door of a Democratic Party headquarters in Oklahoma

It’s hard to know what to make of these stories. They’re creepy. They’re unsettling. But are they the stirrings of some dark force looming up in the national consciousness? A warning of something worse to come?

Or just some kids being stupid?

In the face of these stories of vandalism, the question for American Jews is an inevitable one, born of centuries of historical trauma that shapes our worldview, even in this most secure of homes: Should the rest of us be worried for our safety?

Here at the Forward, we spend a lot of time thinking about this. And we have some answers.

It’s too early to know if we’re seeing an actual increase in anti-Semitic vandalism this year, or if the recent spate of incidents is making us see a trend where there isn’t one.

But Jews are frequent targets of hateful vandalism. Here are some numbers from the Federal Bureau of Investigation’s report on hate crimes in the U.S. in 2017, which show how much of the hate crime vandalism reported in the U.S. that year targeted Jews.

A Brief, Randomly Selected History of Pre-Nazi Anti-Semitic Vandalism, From 167 BCE to 1569

167 BCE: Antiochus IV desecrates the Temple in Jerusalem, installing an altar to Zeus.

82: Construction of the Arch of Titus, decorated with a frieze depicting the Roman conquest of Jerusalem that isn’t exactly graffiti, but whatever.

535: Justinian I decrees that synagogues in some parts of the Eastern Roman Empire can be confiscated and turned into churches.

1569: On the order of Pope Pius V, the Jewish cemetery of Bologna is destroyed.

Why So Much Anti-Semitic Vandalism?

When we wrote about this last November, one answer stuck out: The swastika.

For a hater of Jews, the swastika is brilliant shorthand: A simple symbol that carries with it the terror of a historical genocide, and the explicit threat of future violence. It’s (relatively) easy to draw, universally recognizable, and unmistakable in intent.

It’s also clear that Jews are more likely to report hateful vandalism. Groups like the Anti-Defamation League have raised awareness of the issue, and dedicated significant resources to tracking it, and to raising law enforcement awareness.

Plus, Jewish buildings are often easier to identify than Jewish people. “If somebody wants to target Jews, where are they going to go?” said Oren Segal, director of the Anti-Defamation League’s Center on Extremism. “They’re likely going to go to Jewish institutions.” 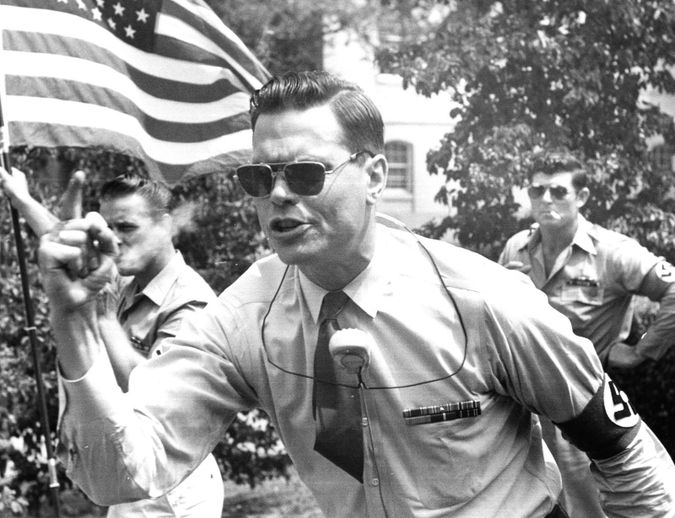 But Does It Lead to Violence?

Seeing a swastika carved into a subway seat on your way to work might be upsetting. But is it a sign of violence to come?

To the extent that we know who’s behind the recent vandalism, the answers are more sad than frightening. The swastikas in Queens were the work of two preteens.

Still, It’s been a troubling few months. In the fall, a white supremacist massacred eleven Jews at a synagogue in Pittsburgh, the worst single instance of anti-Semitic violence in the history of this country.

Since then, a string of troubling violent attacks on Orthodox Jews in Brooklyn has some on edge. The Forward’s Ari Feldman has written extensively about these incidents, which have been highly localized, and may be connected to neighborhood tensions.

Yet in general, Jews have had little to fear from anti-Semitic violence in the U.S. As the FBI’s data suggests, anti-Jewish assaults are pretty uncommon. Here are some more numbers from the FBI’s 2017 hate crimes report, which show that hate crimes against Jews are less likely to be violent. 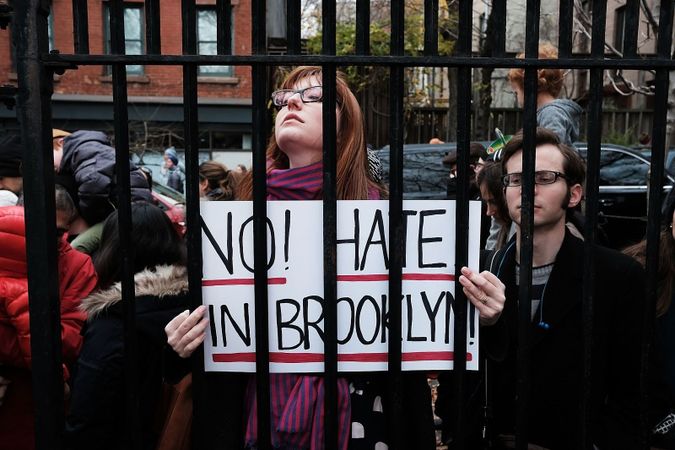 Protesters gathered at a Brooklyn park after swastikas were drawn on playground equipment there in 2016. Image by Getty Images

“Historically, it’s been a small percentage of hate crimes against Jews that have been physical,” says Kenneth Stern, head of the Bard Center for the Study of Hate.

So We Shouldn’t Worry?

I didn’t say that! Anti-Semitic vandalism can be damaging on its own, even if it’s not a threat of violence. It can make us feel unwelcome in our own communities; unwanted by our neighbors; frightened to go to Jewish spaces.

But even in the face of these unpleasant incidents, Americans have stood behind their Jewish neighbors. Muslim charities have repeatedly donated to help repair vandalized Jewish cemeteries. After vandals painted a few backwards on play equipment in a Brooklyn park, local kids showed up to cover the park in construction paper hearts.

What Do You Think?

So are you worried by these stories of anti-Semitic vandalism? What do you think they mean for American Jews?

Tell us here and we may use your answer in a future newsletter.

Spike In Anti-Semitic Vandalism: What You Need To Know