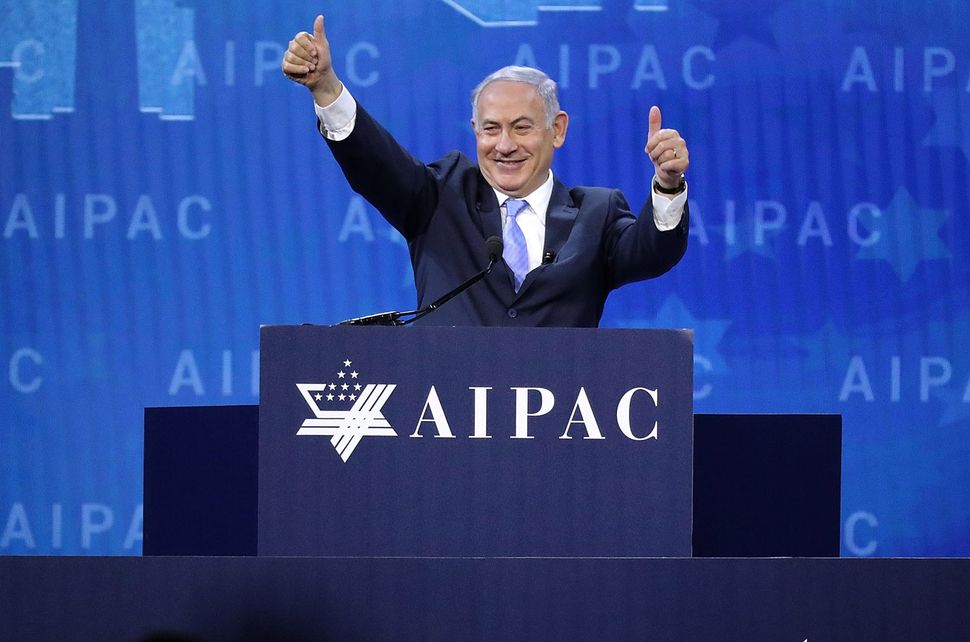 This year’s AIPAC Policy Conference in Washington, D.C. is shaping up to be one of its most memorable yet — though probably not for the reasons the nation’s most powerful pro-Israel lobby hoped for.

Sen. Elizabeth Warren announced two weeks ago that she would be boycotting the conference, and Sen. Bernie Sanders followed suit a week later, saying he was “concerned about the platform AIPAC provides for leaders who express bigotry and oppose basic Palestinian rights.” AIPAC responded by calling his accusation “outrageous,” stressing its bipartisan approach.

This has put AIPAC (where, full disclosure, I interned for a college semester) under more scrutiny than it’s ever been before. Here’s what to look out for at the conference, which will draw 18,000 people to the Walter E. Washington Convention Center from Sunday to Tuesday:

How much Sanders-bashing will there be?

You can expect similar condemnations of Sanders this time from Republicans who want to portray the Democratic Party as anti-Israel. But Democrats themselves will have to toe a fine line — expressing their opposition to those in the party who want to distance themselves from Israel, but at the same time not trashing someone who could be their party’s presidential nominee.

Is the boycott effort gaining momentum?

The conference overlaps with the Super Tuesday primaries, so while it might look like several candidate are boycotting AIPAC, what’s really happening is that presidential candidates like Minnesota Sen. Amy Klobuchar, former Vice President Joe Biden and former South Bend, Ind. Mayor Pete Buttigieg are skipping it to campaign around the country instead, but will be sending videos. This is similar to what happened when the conference overlapped with Super Tuesday in 2012 — some candidates, like former Sen. Rick Santorum, showed up in person, while others, like former House Speaker Newt Gingrich, sent videos. Former New York City Mayor Mike Bloomberg will be giving a speech.

The strength of the boycott effort may also be measured by how many Democratic members of congress meet with their AIPAC member constituents in person, and how many pawn off such assignments to their aides (or deny them meetings entirely). Many congressional Democrats, even some traditionally supportive of AIPAC, were reportedly upset that the group, which boasts of its bipartisanship, paid for Facebook ads calling three Democratic members of Congress anti-Semitic for supporting a bill banning military aid to Israel if the Israel Defense Forces was found to have abused detained Palestinian children. AIPAC later apologized for those ads.

What’s AIPAC’s strategy for ensuring support for Israel in Congress?

Rep. Alexandria Ocasio-Cortez’s shock primary win in 2018, defeating a 10-term member of Congress, sent a message throughout the Capitol: No incumbent is safe. And several of AIPAC’s top congressional allies, including House Foreign Affairs Committee chairman Eliot Engel, are facing primaries from progressives allied with groups like Justice Democrats, which support Ocasio-Cortez.

So the conference will likely emphasize the importance of protecting friendly incumbents. Indeed, Pro-Israel America, a political action committees founded by former AIPAC staffers, has endorsed Engel and other centrist Democratic candidates facing such primaries, and has urged donations in order to protect those seats. The group is getting a booth in the “AIPAC Village,” a massive two-city-block complex in the convention center basement where people can buy overpriced kosher hamburgers and check out demonstrations of Israeli technology.

And while individuals at the conference likely are wishing for someone to primary Ocasio-Cortez, Omar and others seen as insufficiently supportive of Israel, AIPAC has historically discouraged members from risking embarrassment by funding challengers who are unlikely to defeat progressives who are popular in their districts, JTA reported last year. Then again, it has happened before, most recently a successful 2006 effort to primary Rep. Cynthia McKinney, who had voted to reduce aid to Israel.

Will someone protest the Serbian president?

Every year, AIPAC brings in various foreign leaders who attest to their country’s strong relationship with Israel — a rhetorical counterweight to the claim that the Jewish state is internationally isolated because of its policies towards the Palestinians. But inviting figures from countries with complicated histories can have unintended consequences, such as last year, when the audience applauded the Prime Minister of Romania’s claim that her country’s leaders strengthened ties with Israel in the 1970s — not realizing they were clapping for the brutal regime of dictator Nicolae Ceausescu.

This year, one foreign dignitary whom AIPAC has promoted as a speaker is Serbian President Aleksandar Vucic, who said in parliament a few days after the 1995 massacre of thousands of Muslims in Srebrenica, “For every Serb killed, we will kill 100 Muslims.” Vucic has claimed that his remarks were being taken out of context. But in the late 1990s, Vucic was Yugoslavia’s Minister of Information and oversaw President Slobodan Milosevic’s propaganda efforts during the Kosovo War’s ethnic cleansing of Albanians, most of whom are Muslim.

Others are upset at the presence of second-term Austrian Chancellor Sebastian Kurz. The chancellor is in a governing coalition with the Green Party, but in his first term, he formed a coalition with Austria’s far-right Freedom Party, whose leaders for decades were either Nazi sympathizers or former Nazis themselves.

Many were upset that Vucic and Kurz are being given a platform — particularly given how many descendants of genocide survivors are expected to attend the policy conference, often called the largest annual gathering of Jews in America. I’s rare for attendees to protest one of the speakers, though it did happen when then-candidate Donald Trump spoke in 2016.

Will this be Bibi’s last stand?

As if things weren’t complicated enough, Monday is also Election Day in Israel, the country’s third election in less than a year. Netanyahu, who is quite popular among the AIPAC faithful, will be speaking via satellite, as will opposition leader Benny Gantz. According to Haaretz, some American pro-Israel activists are secretly hoping for his defeat — worried that his popularity among Republicans and Evangelical Christians is outweighed by the negativity he engenders among even moderate Democrats. By Tuesday morning East Coast time, AIPAC attendees should know the election results, even if those results are once again inconclusive.