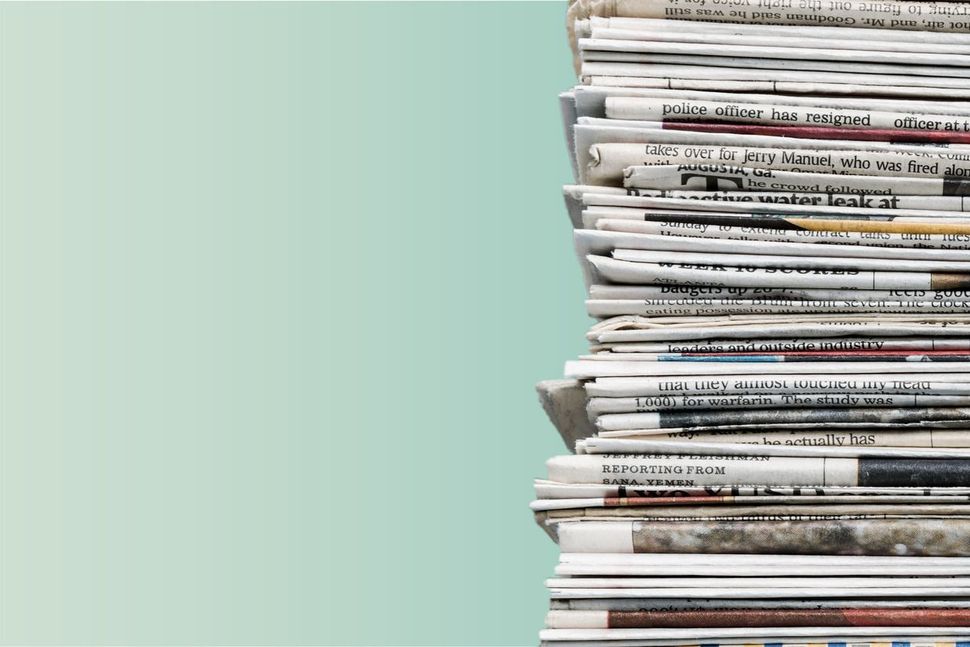 TribeHerald’s coverage will focus on Jewish communities of color.

In the summer of 2010, Yitz Jordan, a hip-hop artist and activist, and Shais Rishon, an Orthodox rabbi and writer, attended the funeral of Yosef Robinson, a Jamaican convert to Judaism who was killed during a robbery at the Brooklyn liquor store when he worked. It was a tragic moment that gathered together large numbers of Jews of color — far more than Jordan was used to seeing in one place.

“We were all the only black families in our shuls,” he said. “We were all looking at each other saying, ‘How come I never see you?’”

Ten years later, Jordan and Rishon are poised to launch an initiative they hope will make Jews like them feel truly seen, by each other and the wider community. The duo are launching TribeHerald, a news outlet centered around the experiences of Jews of color. The publication, which started as a weekly newsletter in March, will make its debut as a website on the evening of June 18 — or, as Jordan puts it, “erev Juneteenth.”

TribeHerald launches in the midst of a national conversation on race and a reckoning within the Jewish community on longstanding failures to include Jews of color. In the wake of widespread protests over the killing of George Floyd by Minneapolis police officers, Jews of color have urged synagogues to end their relationships with the police and spoken out about “Ashkenormativity,” the conflation of white Ashkenazi culture and the multifaceted Jewish community as a whole. Some say that white Jews habitually question their presence in synagogue or doubt the validity of their Jewish identity.

Controversy over just how many Jews of color there are has also heightened feelings of alienation and exclusion. In May, eJewish Philanthropy published an article stating that Jews color make up just 6% of the Jewish community, contradicting earlier estimates that placed the proportion between 12% and 15%. After the article’s publication, a petition accused the authors of “judging or devaluing” the role of Jews of color in the wider community.

Jordan believes the higher estimate and has incorporated it into TribeHerald’s mission statement, saying the outlet strives to serve “nearly 2 million Jews of color.” But, he pointed out, even the lowest figure estimates there are 420,000 Jews of color in the United States, a significant bloc whose contributions are rarely visible.

In part, Jordan argued, that’s because the Jewish media has neglected to cover them. “We’re not consistently represented ever, not as multifaceted individuals,” he said. “It’s always a special interest story: ‘I went to this third world country and look at all these Jews I found’ or ‘Look at this person of color doing this thing we didn’t expect them to do.’”

Through TribeHerald, he hopes to set a new standard. Snippets from the newsletter’s coverage include an exploration of often-overlooked Native American Jewish communities, an interview with Orthodox rapper Nissim Black and an essay on confronting friends who are uncomfortable with the phrase “black lives matter.” TribeHerald currently boasts about 25 contributors, and through an upcoming crowdfunding campaign Jordan hopes to hire reporters to cover health and education in New York, where both Jordan and Rishon have lived for decades.

Gulienne Rollins-Rishon, TribeHerald’s chief revenue officer (who also happens to be married to Shais Rishon), said coverage like this can expand the public’s conception of what constitutes Jewish life and culture. “Media is the way we learn who is important, who is ‘normal,’” she said.

Though the project had been percolating in his head for years, Jordan was prompted to put it in motion by the wave of anti-Semitic incidents that plauged New York City in 2019, which he said intensified hostility towards Jews of color.

“When there is a conflict between Jews and people of color, Jews of color are asked to prove their loyalty,” he said. “As if a person could itemize their identity. People are feeling interrogated and under surveillance.”

At the time, Jordan and Rishon hoped to launch TribeHerald in conjunction with a community center catering to Jews of color. As he secured nonprofit status for the fledgling newsletter, Jordan was also scouting for property in Brooklyn and planning a Purim party to inaugurate the space.

The advent of coronavirus has put those plans on hold indefinitely. But until it’s possible to expand physically, TribeHerald is growing virtually. On social media, Jordan has unrolled a series of pundit-style videos offering commentary on daily news. Verticals catering to queer communities and women are in the works.

Jordan hopes those will attract Jews of all backgrounds — and in the current moment, he’s optimistic about TribeHerald’s chances. “This time has really brought systemic racism into the conscious minds of Americans,” he said. “I see this as a real opportunity to build a ton of bridges.”