“Anyone seeking a Ph.D. in Jew-hatred should watch this ‘interview’ in its entirety,” Cooper, the associate dean of the Simon Wiesenthal Center in Los Angeles, posted to the center’s official account.

That got Cannon’s attention.

The rapper, actor and in-demand television host had said that Black people are “the true Hebrews,” praised Jew-hating Nation of Islam leader Louis Farrakhan and trafficked in insidious tropes about Jewish power.

The blowback was swift.

Within 24 hours, ViacomCBS, which owns Cannon’s popular “Wild N’Out” program, terminated their relationship. As his reputation and career began to implode, Cannon reached out to Cooper.

That unlikely exchange — between a Black celebrity and an Orthodox Jew and Holocaust expert — has led to Cannon’s public apology and a burgeoning bromance of sorts, in which the two have committed to an ongoing dialogue. Cooper and Cannon have already spoken twice this week — once on the phone and again in a three-hour in-person meeting — and plan to meet again next week, when Cannon will visit with Rabbi Cooper at the Simon Wiesenthal Center Museum of Tolerance. There he will be sure to view The Hitler Letter, a 1919 missive in which Hitler outlined his plans for Jewish extermination.

“My goal in any of these meetings, more than anything else, is to try to replace the stereotype with a human being,” Cooper said. “And my main message is: I’m ready to respect you if you’re ready to respect me.”

So far, the dialogue has been encouraging. But after half a century of this work, Cooper knows that promising starts don’t always lead to happy ends. “Even when you have situations where people apologize,” he said, “you don’t know if the next day things can turn around. It doesn’t always work.”

Back in 1989, Cooper called out the rapper Professor Griff of the group Public Enemy for anti-Semitism and the rock band Guns-N-Roses for homophobia. 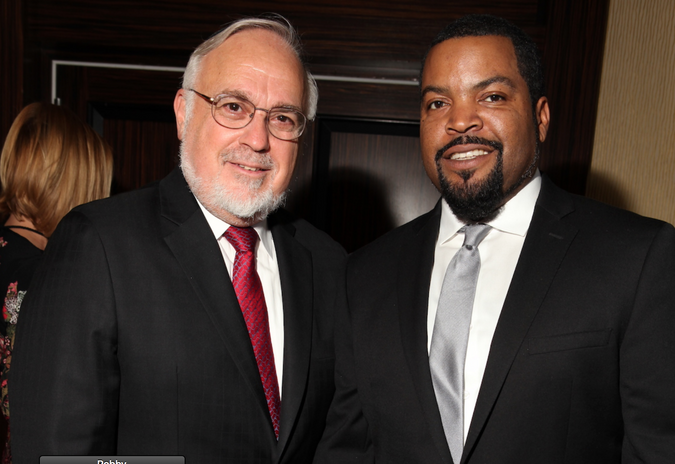 Griff was ousted from Public Enemy as a result of his anti-Jewish remarks. But through the incident, Cooper formed a relationship with rapper and actor Ice Cube, of the group NWA. The two bonded, and Ice Cube went on to emcee the Wiesenthal Center’s annual fundraising gala in 2017, a star-studded event that included Barbra Streisand, Netflix chair Ted Sarandos and Jeffrey Katzenberg.

On stage, the rapper alluded to his complex history with the Center by wryly introducing himself as “not the most obvious choice to host tonight’s evening.”

“We smoked the peace-pipe, as it were,” Cooper said, alluding to private conversations he had with Ice Cube.

But peace didn’t last. Last month, Ice Cube used his platform on Twitter, where he has more than 5 million followers, to post a daylong screed of anti-Semitic messages and imagery invoking conspiracy theories about Jews.

“All I know is that it’s bad,” Cooper said. “And also a cautionary tale.”

Yet, things feel different with Cannon, he said. “The first thing [Cannon] said, which really impressed me, was, ‘I’m calling to apologize for the hurt that you felt. I now realize that what I thought was fact turned out to be propaganda and hate rhetoric.’”

Copper was appreciative, but told Cannon he owed an apology to the entire Jewish community.

Before they spoke, Cooper sent Cannon the Wiesenthal Center’s most recent report on Farrakhan. “I didn’t want to have a conversation with someone if we weren’t talking from the same script,” Cooper said. But Cannon surprised him and went a step further: Between their first conversation and their meeting a day later, Cannon read, “How to Fight Anti-Semitism” a book by Bari Weiss.

Cannon even spoke some Hebrew, reciting for Cooper the verse Ayzeh hu hacham halomed mikol Adam — “Who is wise? One who learns from everyone.”

Cooper said Cannon comes from a line of pastors and is pursuing a Ph.D. in theology. So he told him the famous story in which the Chofetz Chaim, a revered rabbi, instructed a gossip to scatter the feathers of a pillow all over town and then said when you can reassemble the pillow – which is impossible– you will be able to undo the effects of harmful speech. 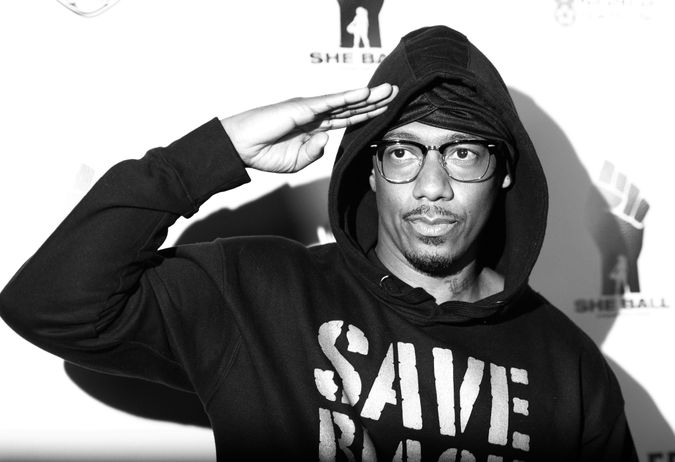 During a long conversation, they also discussed the legacies of Simon Wiesenthal and Dr. Martin Luther King Jr. But the most sensitive topic arose when they pivoted to Farrakhan, a fiercely polarizing figure. Cooper explained what Farrakhan represents to the Jewish community: someone who has praised Hitler and called Judaism a “gutter religion.” Cannon explained how Farrakhan’s message represents racial empowerment to the Black community.

“Farrakhan is one of the greatest orators in America,” Cooper admitted. “Unfortunately for us, he also hates Jews. His Million Man March as a concept is still great empowerment and there’s this perception among young blacks that they don’t have real leaders representing them. And [Farrakhan] is a person who gets up and ‘tells it like it is,’ and who is unafraid of the white establishment. He’s an attractive figure and he is selling a very powerful drug… victimhood.”

Cooper contrasted Farrakhan’s race-based rhetoric with the inspired messaging of Dr. King, whose ultimate aspiration was a nation in which people “will not be judged by the color of their skin, but by the content of their character.”

Yet, instead of promoting Dr. King’s vision of a post-racial world, Cooper lamented that some high-profile Black figures have instead chosen to promulgate pernicious myths that delegitimize Jewish history.

“What I find so depressing is that Martin Luther King Jr. is the person who probably invoked the Hebrew prophets more in his public and private statements than any rabbi,” Cooper said. “So the biblical narrative and history of the Jews is at his spiritual core. And yet you see the rip-off, if you will, of those who say ‘No, no no…’”

Cooper pointed out that in the aftermath of the Rodney King riots in 1992, the Wiesenthal Center hosted discussions and dialogues nearly every night. Not so today, on the heels of the recent protest movement for racial justice, in which people took to the streets only to return to the isolation of sheltering at home.

Speaking face-to-face with Cannon led to an intellectual opening. But not because Cooper sugarcoated the situation. “I told Nick from the first conversation, ‘In terms of an apology, you better be ready. Because you’re going to be called a Judas, an Uncle Tom, and people will say you’re in the back pocket of Zionists.’”

Sure enough, almost immediately after Cannon, who could not be reached for comment by press time, reported his meeting with Cooper on Instagram, a social media backlash ensued. His followers accused Cannon of kowtowing to powerful “Jewish interests” and accused the Wiesenthal Center of using its connections in the entertainment industry to silence Farrakhan.

So what do you do when the cure of speaking out and reaching out actually contributes more to the problem, reinforcing stereotypes about Jewish influence and power?

“Power is not a sin,” Cooper said. “It’s how you wield it. It’s not like we’re gonna come with a bill and say ‘You have to do a, b, c and d.’ That’s not how the world works. But you might say we’re an ultimate example of soft power: We’re going to call out the people who hate us early and often. We don’t believe in overcoming evil by pouring in more light, only. You have to be strong enough to defeat it.”

And to those who see this resurgence of anti-Semitism coming from within the Black community as a justification for Jewish racism, Cooper has a message they won’t like.

“If your reaction is gonna make Louis Farrakhan happy, maybe you need to reflect on your default position,” he said. “Because if that’s the case then you’re living your life based on his narrative.”

Even if his efforts prove fruitless, Cooper said the investment in new alliances is always worthwhile. “We have an obligation to our neighbors. And we need friends and allies who are not Jewish. We cannot defeat anti-Semitism on our own.”

Cooper understands the complex nature of identity politics and what it elicits in some people. He doesn’t insist on moral purity as a precondition for dialogue.

“I focus on tachlis,” said Cooper, using the Yiddish word for the bottom line. “Did Nick reach out because his future was disappearing before his eyes? Or did he reach out because he said to himself, ‘I’m not a bigot, I’m not anti-Semitic’?”

“I don’t know,” Cooper said. “And I won’t say I don’t care, but that’s not my top priority. I leave it to the good Lord to look inside the heart. I can only deal with people based on how they speak and how they act. Judaism doesn’t believe in saints.”