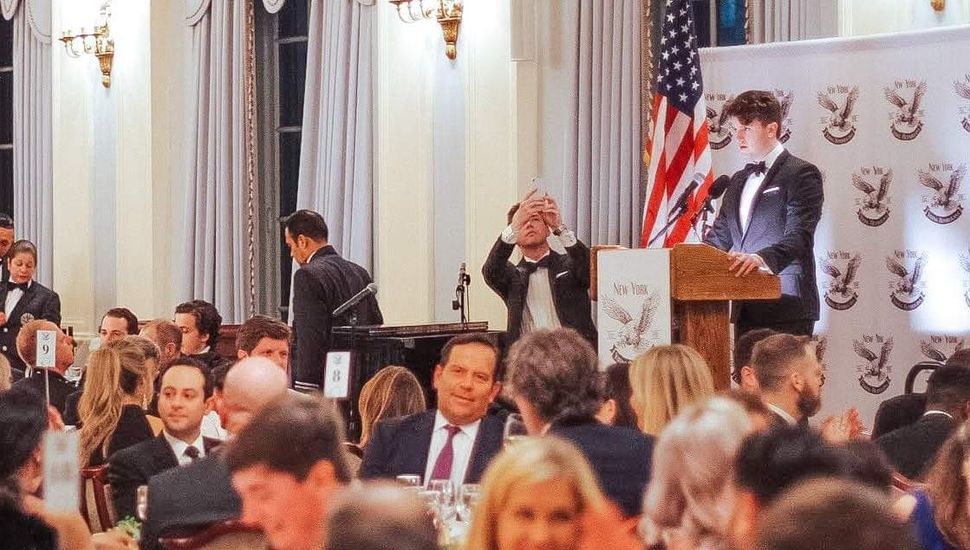 A political activist with ties to white nationalists, who in June led a rally defending a statue of Teddy Roosevelt, worked recently as the marketing director of the American Jewish Congress, a century-old organization that was once the voice of working-class Jews on anti-Nazism and civil rights.

Gavin Wax, 26, is a graduate of Baruch College who said on his LinkedIn page. that he became the Congress’ marketing director in November. Akri Cipa, a policy analyst at the AJC, said that he never held that title, and was only employed in a “technical capacity.” Cipa did not respond to an emailed question about Wax’s specific duties.

Wax declined to comment after being reached by phone. 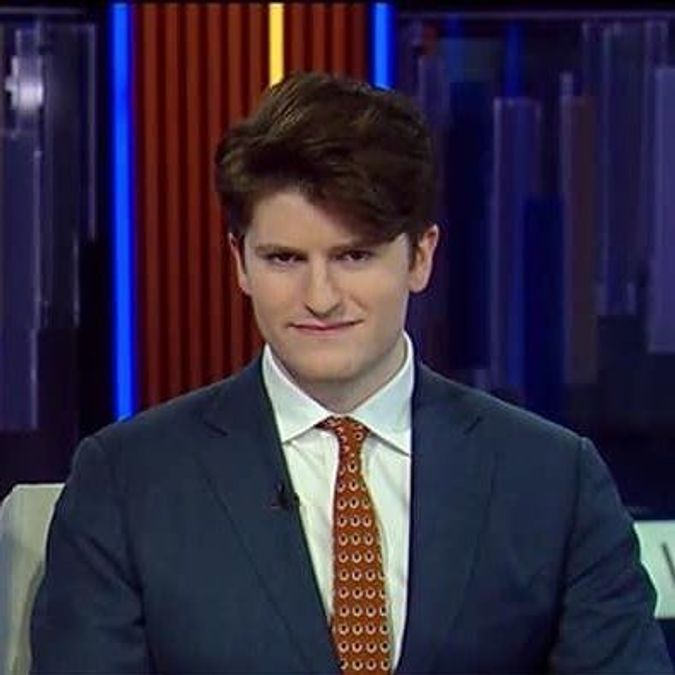 He no longer works at the American Jewish Congress, although the organization did not fire him because of his political views, Cipa in an email. Those views include strong anti-immigrant sentiment and support for white nationalist and right-wing extremist groups.

Cipa said the organization only learned about Wax’s far-right views after being contacted Tuesday by the Forward. Cipa did not respond to a question about when Wax had been terminated.

But Wax’s far-right views and affiliations were already a matter of public record when he was hired. Since October, 2018, he has been listed as a partner in the Yorkville Group, a political consultancy firm whose founder bragged about advising the anti-Muslim, Nazi-sympathizing German political party Alternative fur Deutschland. (The firm’s offices are located near the historically German Manhattan neighborhood of Yorkville, which was the stronghold of the pro-Nazi German American Bund organization in the 1930s.)

Also in October, 2018, Wax also called the Proud Boys — described by the ADL as a “violent, nationalistic, Islamophobic, transphobic and misogynistic” extremist group — as a “patriotic fraternal group who like America and beer,” in an American Thinker article.

More recently, Wax earned media coverage for planning and leading a rally defending the statue of Teddy Roosevelt on the steps of the American Museum of Natural History. The museum has asked permission from the city to remove the monument because it “explicitly depicts Black and Indigenous people as subjugated and racially inferior.”

“This is about much more than a statue,” Wax said at the June 28 rally. “You can’t judge premodern people by postmodern standards of morality, because at that rate you won’t have a history.” 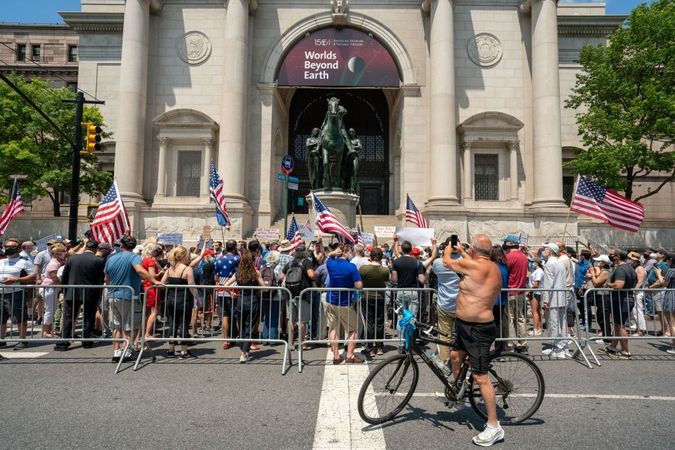 The rally Wax planned on June 28 in defense of a statue of Teddy Roosevelt. Image by Getty

Cipa said Wax identifies as Jewish, and on Twitter Wax has called himself “an Italian Jew.”

In an emailed statement, the Congress wrote of Wax: “We certainly never had any impression that he held any far-right, white supremacist sympathies nor would we have tolerated such views as this organization not only abhors extremism but actively works against its perpetrators. It strikes us as being unusual that someone with extremist views would want to work for a civil rights organization like the American Jewish Congress.”

Wax’s ties to far-right figures have grown stronger in recent months, according to a lengthy report on him in the blog Angry White Men.

In July, he appeared on a podcast run by VDARE, a white-nationalist and anti-immigrant website. He was interviewed by John Derbyshire, who was fired as a columnist at National Review in 2012 after including a racist statement about Black people in an article and who has written sympathetically about white supremacy.

On Twitter, Wax has praised Sen. Joseph McCarthy and Enoch Powell, the British politician who delivered the violently anti-immigrant “Rivers of Blood” speech in 1968, and has parroted conspiracy theories about George Soros, the Hungarian Jewish businessman and philanthropist.

Wax’s bio also lists that he is the publisher of The Schpiel, a right-wing news site.

The American Jewish Congress was once a major Jewish advocacy group that supported civil rights, and it remains in the Conference of Presidents, a consortium of the largest and most influential American Jewish organizations.

Rosen did not respond to an emailed request for comment.

Correction, 8/16/20: The original version of this article incorrectly stated that Gavin Wax was marketing director of the American Jewish Congress. This was based on what he has stated on his LinkedIn page, but after the initial publication, a spokesman for the AJC said Wax had never held that title.