Everything you need to know about Joe Biden’s Jewish relatives 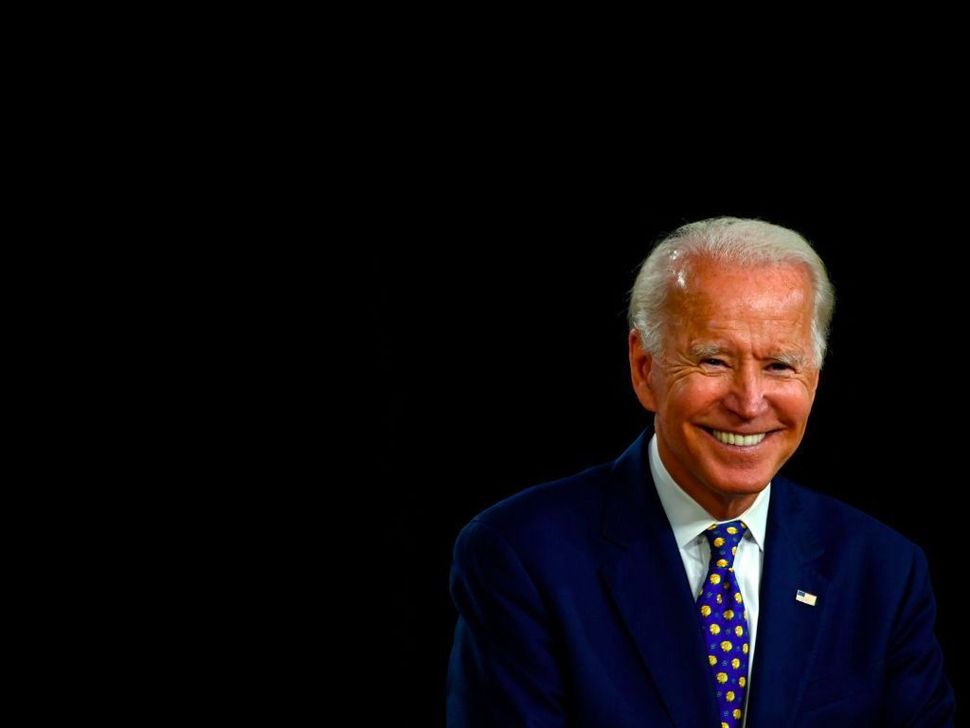 Editor’s note: This article was originally published on August 20, 2020.

Joe Biden won’t be the first president with Jewish in-laws: both Donald Trump and Bill Clinton beat him to it.

But he will be the first president whose Jewish offspring-in-law have Hebrew ink on their biceps. 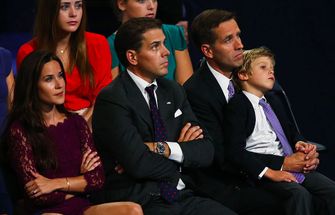 Ashley, Hunter, and Beau Biden at the 2012 Democratic National Convention. Image by Getty

In fact, all three of Biden’s children — Beau and Hunter, his sons with his first wife, Neilia Biden, and Ashley, his daughter with current wife Jill Jacobs Biden — married members of the tribe. Here’s a rundown of the Jewish members of the Biden clan. 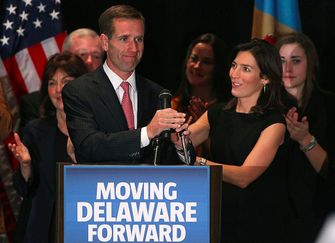 In the late 1990s, Hunter Biden and his wife at the time, Kathleen Buhle, bought a rambling fixer-upper in Wilmington, Del. They invited Beau to move in, and the house soon became a weekend destination for friends and friends of friends. It was there that Beau met Hallie Olivere, a Jewish Delaware native whose parents owned a dry-cleaning business. Beau won Hallie over with his constant energy and formidable public speaking skills. The couple married in 2002 and had two children, Natalie and Robert, before Beau died of brain cancer in 2015.

In the aftermath of Beau’s death, Hallie began a relationship with Hunter. “We were sharing a very specific grief,” Hunter said in a New Yorker profile. “I started to think of Hallie as the only person in my life who understood my loss.”

The relationship sparked a tabloid frenzy, especially since Hunter was battling alcohol addiction and separating from Kathleen at the time. But the Biden clan was largely supportive: although Biden found out about the relationship when a reporter from the New York Post called for comment. He quickly issued a statement saying that Hunter and Hallie “have mine and Jill’s full and complete support and we are happy for them.” (Hunter later told the New Yorker he’d appealed to his father to make a public statement so that his and Hallie’s children, who are cousins, would understand that there was nothing “wrong” with the relationship).

In 2019, Hallie and Hunter split up. “All we got was shit from everybody,” Hunter told the New Yorker. Hallie, an admissions officer at a private day school in Wilmington, generally avoids the spotlight and has not spoken publicly about the relationship. 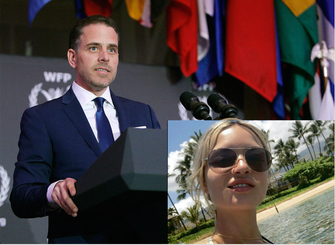 Hunter Biden, and Melissa Cohen (inset,) were married in May 2019 Image by GETTY IMAGES/FORWARD MONTAGE, facebook

In May 2019, just as newspapers were reporting his breakup with Hallie, Hunter met South African filmmaker Melissa Cohen. Less than a week later, the couple got engaged. Ahead of their wedding, which took place on the roof deck of Cohen’s Los Angeles apartment, Hunter got a bicep tattoo to match one Cohen already had: the word “Shalom,” written in Hebrew letters.

Little information is available about Cohen’s filmmaking work. But prior to her marriage, she posted frequently about social justice topics on her now-defunct Facebook page, focusing on the environment, labor rights, and refugee issues.

On social media, Cohen appears as an outspoken supporter of President Obama. In the aftermath of the Unite the Right rally in Charlottesville she rebuked President Trump harshly. “To those of you who voted for this POS [piece of s**t] you should be ashamed. That’s all,” she wrote.

Hunter told the New Yorker that his father was happy to hear about the impromptu wedding and thanked Cohen for “giving my son the courage to love again.” In April, Cohen gave birth to a baby boy, whose name is not yet public. 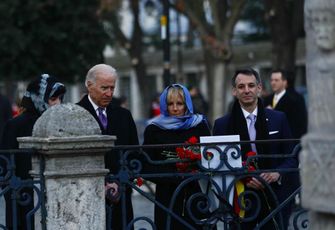 Howard Krein, right, during a 2016 diplomatic visit to Istanbul, Turkey with Joe and Jill Biden. Image by Getty

In 2012, Ashley Biden, Joe Biden’s youngest child and only daughter, married Howard Krein, an otolaryngologist (ear, nose and throat doctor) and plastic surgeon who works at Thomas Jefferson University Hospitals in Philadelphia. A New Jersey native, Krein volunteers with the International Hospital for Children in his spare time. His mother, Bunny Lipner Krein, was a physician’s assistant; his father, Stanley Krein, worked for insurance company Aetna.

The wedding, which involved a little more planning than Hunter and Melissa’s, included a Catholic-Jewish ceremony and a reception during which the former Vice President danced the hora. 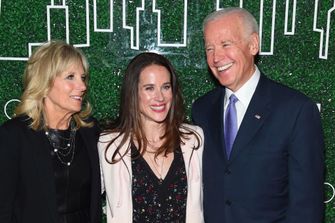 Ashley Biden with her parents. Image by Getty

Everything you need to know about Joe Biden’s Jewish relatives