The ‘Magenta Yenta’ is back, and she’s Heshy Tischler’s defense lawyer 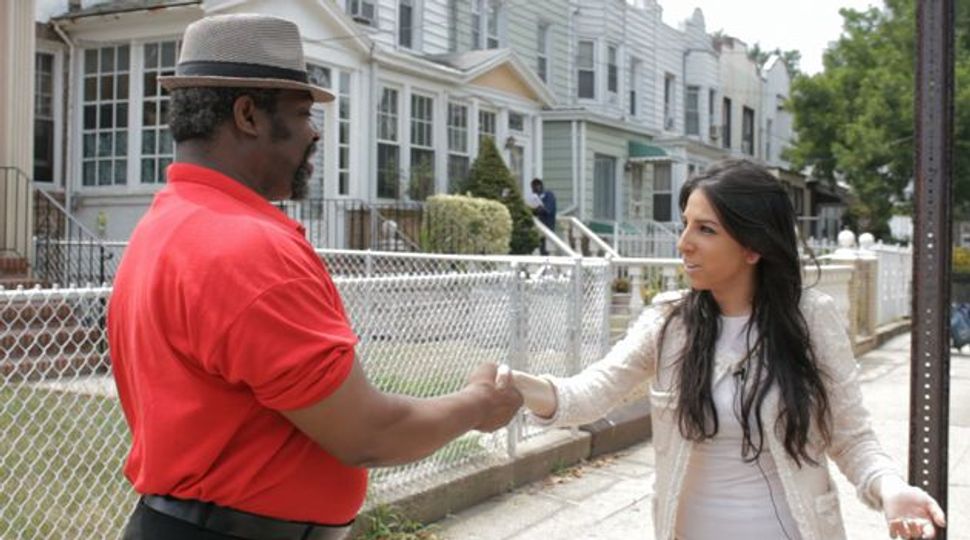 Meet and Greet: Mindy Meyer pushes her longshot campaign with a voter in Brooklyn. Image by nate lavey

On Wednesdays, Mindy Meyer wears pink. But for court appearances, she wears black.

On Monday she donned her usual courtroom attire — complete with a black mask — for the arraignment of her latest client, Heshy Tischler.

Meyer, an Orthodox Jew from Brooklyn, won a measure of tabloid fame in 2012 for mounting a failed campaign for New York State Senate that was most notable for having a very pink and glitzy website. Known for repeatedly claiming that the movie “Legally Blonde” was the inspiration behind her legal career, she went on to found a Miami-based law practice.

Now, she is representing perhaps the most flamboyant media character to emerge from New York’s Orthodox community in recent memory, in a case that was drawing media interest even before she signed on as counsel.

Tischler, an Orthodox radio host, was arraigned in court Monday morning on charges of inciting a riot and unlawful imprisonment in connection with two protests he organized in Borough Park against restrictions on religious services in areas with high rates of coronavirus infection.

“All across New York City, there’s been rioting and looting, here there was a non-violent gathering in the Jewish community over the holiday and he was singled out,” Meyer told ABC7.

The Borough Park protests led to three assaults on observers or counter-protesters, including an instance in which Tischler yelled in the face of Jacob Kornbluh, a Hasidic journalist, who had his back against a wall while surrounded by a large group of young Hasidic men. Tischler called Kornbluh a “moyser” — snitch, in Yiddish — a charge which once could have led to the death penalty in ancient rabbinical courts. Kornbluh said he was later chased and assaulted.

After his arrest late Sunday evening, a Twitter account operated by Tischler published Kornbluh’s address, leading a crowd of Hasidic men to gather in front of Kornbluh’s home.

Sara Shulevitz, Meyer’s partner in their Miami firm and a fellow pink-clad “barbie doll” of the law, said that the case against Tischler was “politically motivated” and that the charges against him were “completely false.”

“He’s an older man, he has health issues, we’re concerned about COVID, we’re in a rush to try and get him out as soon as possible,” Shulevitz said of Tischler. (Tischler has made a point of not wearing masks in public.)

Meyer and Shulevitz could not be reached for comment. 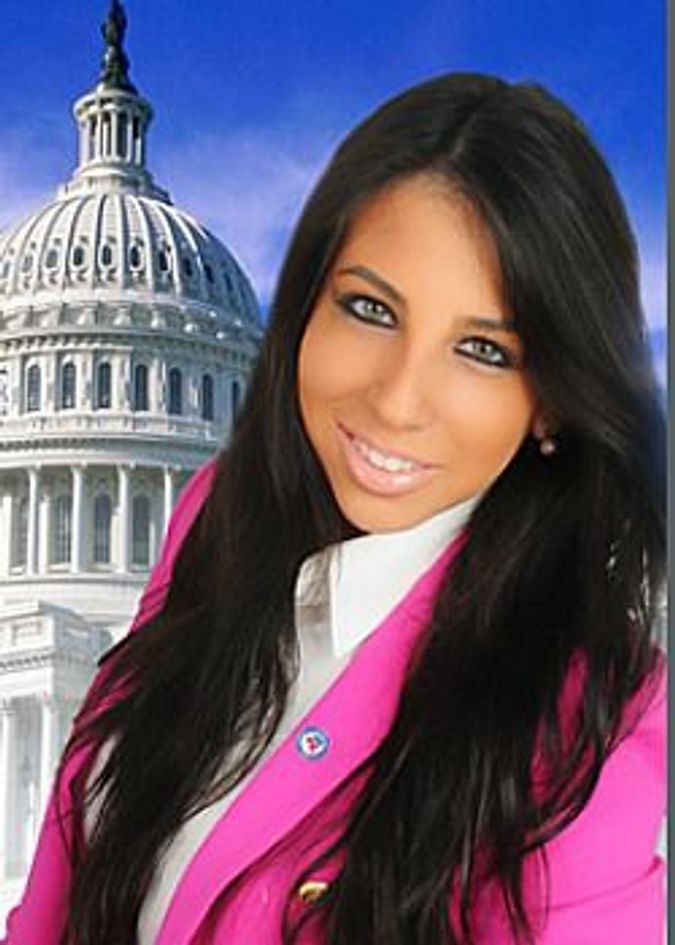 Meyer ran for the state Senate when she was 22 years old and still in law school at Touro Law Center. Running as a Republican, she challenged Democrat Kevin Parker, then a 10-year incumbent, to represent New York’s 21st district, which comprises a portion of southern Brooklyn with several Orthodox communities.

As a political naif, she used glam to bring media attention to her upstart campaign. Her dresses were pink. Her website was pink. She brought an elephant adorned with a pink bowtie to a fundraising event, drawing a rebuke from animal rights activists.

She was dubbed the “Magenta Yenta” and “Palin in Pink.”

“When asked about his website, Parker says he’s not concerned about its lack of pizzazz,” intones the narrator of one of Meyer’s political ads. “If that’s the case — what is he concerned about?”

“She’s senator and she knows it,” the ad closes, over the beat to LMFAO’s “Sexy And I Know It.”

“My website is predominately to target my young constituents,” Meyer said of her website. “I want to show everyone that politics can be exciting, and the Senate doesn’t have to be a senior citizen’s home.”

During the campaign, Meyer showed something of a knowledge gap about the power players of New York politics.

A Forward reporter said she looked like a “deer in headlights” when a TV anchor asked her to name key figures in Albany.

She won 3% of the vote. Parker is still representing the 21st district.

In 2017, Meyer re-emerged in New York tabloids through a short reality TV appearance to launch her law firm with Shulevitz, which featured both lawyers in matching pink dresses.

“Obviously, the producers think we’re relevant enough that they thought their viewers would get the reference,” Meyer told the New York Post.

Meyer has said she caught the politics bug after meeting then-New York City Mayor Rudy Giuliani when she was 11 years old. (She told him she thought he was the best mayor the city had ever had.)

Meyer and Tischler share a similar history in politics: In 2017, Tischler ran for city council, and received just under 4% of the vote.

The ‘Magenta Yenta’ is back, and she’s Heshy Tischler’s defense lawyer