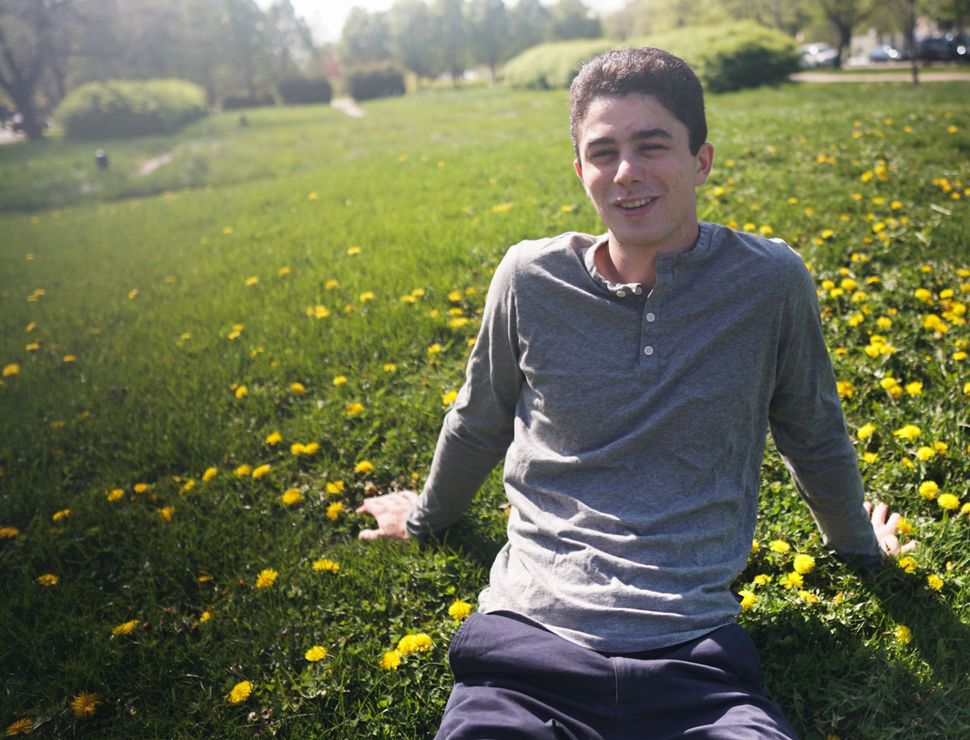 Max Lewis dies at age 20 after being struck by a stray bullet in Chicago. Courtesy of Caleb Smith-Salzberg

Max Solomon Lewis, a 20-year-old University of Chicago student, was commuting home from his summer internship last Thursday evening when a stray bullet pierced the window of his train car and hit him in the back of the neck.

Lewis, a rising third year student, was rushed to the University of Chicago Medical Center and had emergency surgery. Once brought out of sedation, he was paralyzed from the neck down but cognitively aware. 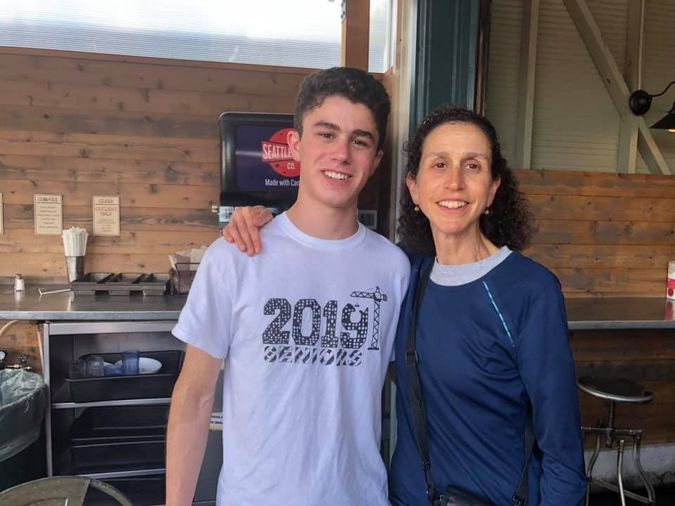 Max with his mom, Dr. Rebecca Rivkin. Courtesy of The Rivkin Family

Saturday night, doctors asked Lewis to make a choice: remain on a ventilator for the rest of his life or remove life support. He blinked his choice to his parents and doctors: remove the ventilator. Lewis died Sunday morning.

“On the morning of July 4, Max Lewis went off life support and entered the kingdom of Abraham, Moses, and King Solomon,” reads a statement on a memorial Go FundMe account set up by his fraternity brothers. At press time more than $65,000 had been donated, far over its original $20,000 goal.

About 80 of Lewis’ friends from University of Chicago will travel to Denver to attend his funeral, which is scheduled to take place Thursday, graveside, at Fairmount Cemetery, said his aunt Melissa Rivkin. Rivkin spoke to the Forward after she arrived from Chicago where she, with the rest of his family, held vigil by her nephew’s bedside.

Lewis was president of the University of Chicago chapter of Alpha Epsilon Pi, the Jewish fraternity. His closest friends described him as driven, athletic, ambitious, funny and always concerned about people’s well-being.

Caleb Smith-Salzberg was one of the several young men who call Lewis their best friend. He and a few others rushed to the hospital Thursday night as soon as they heard what had happened.

“We have a really tight knit group. Seven or eight of us all consider each other our best friends. Everybody loved Max,” said Smith-Salzberg, 20, in an interview from Chicago, where he had just moved into the fraternity house where he expected to live with Lewis. Smith-Salzberg, AEPi’s vice president, will now become its president.

The hospital was on lockdown, as it often is, to prevent anyone with a gun from entering, so the friends could not enter to visit Lewis. They waited outside for hours, hoping for news of their friend. At about 2 a.m., one of the AEPi brothers spoke with Lewis’s mother, Dr. Rebecca Rivkin, and learned that he was out of surgery, though paralyzed and on a ventilator, and in stable condition. 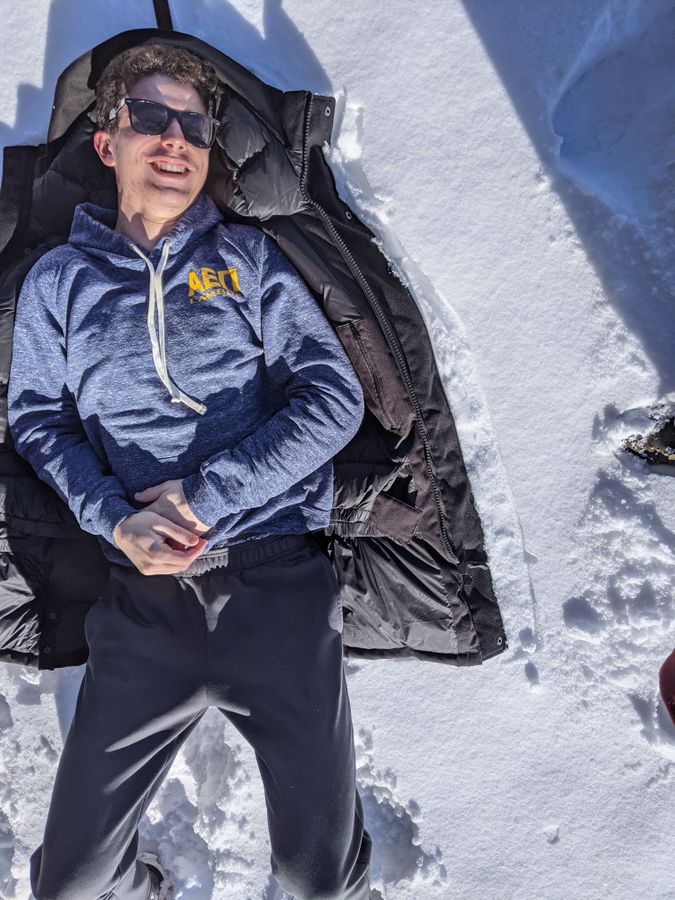 Max Lewis was the president of the University of Chicago chapter of the AEPi Fraternity. Courtesy of Caleb Smith-Salzberg

Rivkin is a doctor of internal medicine in Denver.

“Max refused all sedation and pain killers from the second he woke up and was told what had happened to him,” Smith-Salzberg said. “His parents wanted him to see us, but his condition worsened Friday night.”

The young men met two weeks into their freshman year, when both got involved with AEPi, and they lived together for a month recently, as well as last summer. Both were double-majoring in computer science and business economics.

Lewis was “super driven,” said Smith-Salzberg. “Whenever he set his mind on something, he did it. You could see it in the way he carried himself, and in his eyes, he was so focused.”

Just 10 days ago, Lewis was offered a competitive summer internship he had worked hard to get – for Summer 2022. Third year internships usually lead to job offers.

“Max had just gotten his offer and then was able to let loose after being stressed during the process,” said Ari Ezra, who intended to share an apartment in the frat house with Lewis. Ezra, also 20, is currently in Israel with another AEPi brother working in internships in Tel Aviv through Onward Israel. They plan to watch the livestream of Lewis’ funeral.

“Max was very driven, always,” said Noah Kaye, another one of Lewis’ frat brothers and best friends. In addition to being AEPi’s president, Lewis was director of operations for student investment firm Promontory. He also studied at UChicago’s Chabad in its Sinai Scholars program.

With Lewis, “no matter what type of conversation it was, it was a good time,” said Kaye.“He was one of the funniest people I knew, but not intentionally. He was very stream-of-consciousness. No matter what he was saying he would always make people laugh and smile and be happy, sometimes at his own expense. It’s one of the reasons everyone loved him so much.”

Lewis’ friends said he often ran from meeting to meeting, rather than walked. 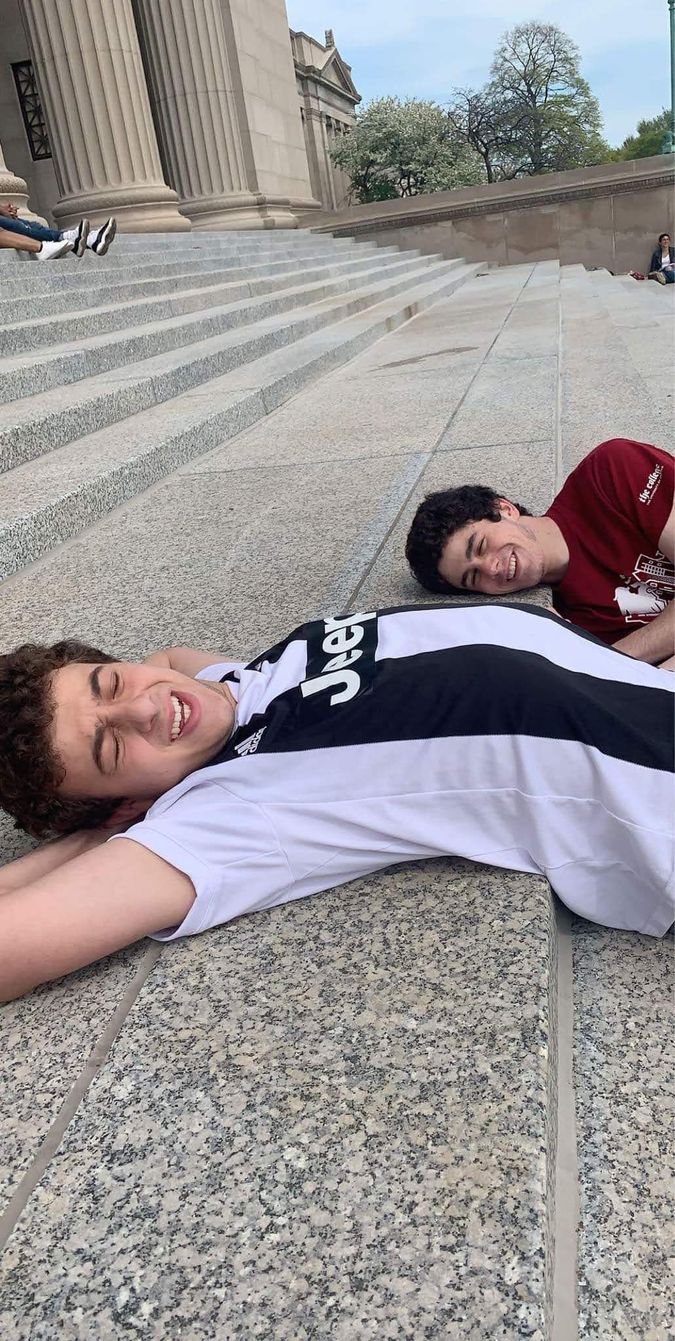 “He came to my apartment last year, stopped by for 20 minutes to relax and then would run back. He would always run, even if it was two blocks. He would say he did because it was more efficient,” said Ezra.

Lewis was also rigorous about his health, frequently eating just chicken breast and brussels sprouts for dinner, and giving up gluten after getting a skin rash last year, Ezra said.

Each year the extended Rivkin family gathers to remember Lewis’ grandmother, Marsha Rivkin, who died of ovarian cancer in 1993, and raise money for research into the disease by holding a race. When he was just 10 years old, Lewis ran with the adult men in a 5K, placing third. He always finished in a top spot after that, recalled Jessica Rivkin, another of his aunts, in a phone interview. And he would happily go on off-the-grid eight-day hiking trips with his family around Denver, said Melissa Rivkin.

“His mom really wants the funeral to be positive and remembering great things about Max, and not being sad about what could have been,” said Smith-Salzberg

Rebecca Rivkin was not available for an interview while she and her family drove back to Denver from Chicago.

Lewis is survived by his parents, Dr. Rebecca Rivkin and Mark Lewis, and a 16-year-old brother, Eli, as well as his grandparents and many cousins in his tight-knit extended family, said aunt Melissa Rivkin. 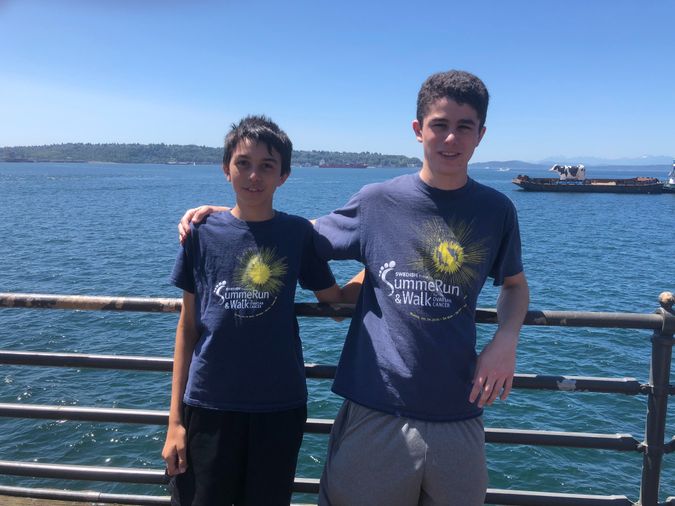 Max is survived by his parents, cousins, and his 16-year-old brother Eli (pictured). Courtesy of The Rivkin Family

Chicago news reports say that police have not identified the shooter, though have indicated that they do not believe that Lewis was the intended target.

Lewis was riding the CTA Green Line train on his way home from his summer internship in downtown Chicago. The shooting took place at about 7 p.m. on July 1, while the train was stopped at the 51st Street/Washington Park Station.

More than 1,600 people have been shot in Chicago so far this year. Over the July 4 holiday weekend, 100 people were hit by gunfire, 18 of them fatally, according to the Chicago Police Department.

Lewis’ best friends, 20-year-old young men, are all stunned and said they feel helpless. One noted that if he had been sitting a few inches to the right or left, he would not have been killed.

Kaye, a political science major, is frustrated by the “structural barriers” to true gun control. “First something needs to be done about the NRA and people like [Senate Minority Leader] Mitch McConnell. I don’t know what I could do to change things.”

Kaye said that Lewis “was so present in our lives. We joined our frat at the same time, were together since the second week of school. We ate together twice a day. It’s everything. I don’t know what it will be like being at school without him,” Kaye said. “For me it goes between moments of feeling like it isn’t real and moments of breaking down and crying.”

“Once I go back to Chicago it will fully set in. It feels devastating. It was just so random and unlikely and unlucky,” said Ezra.