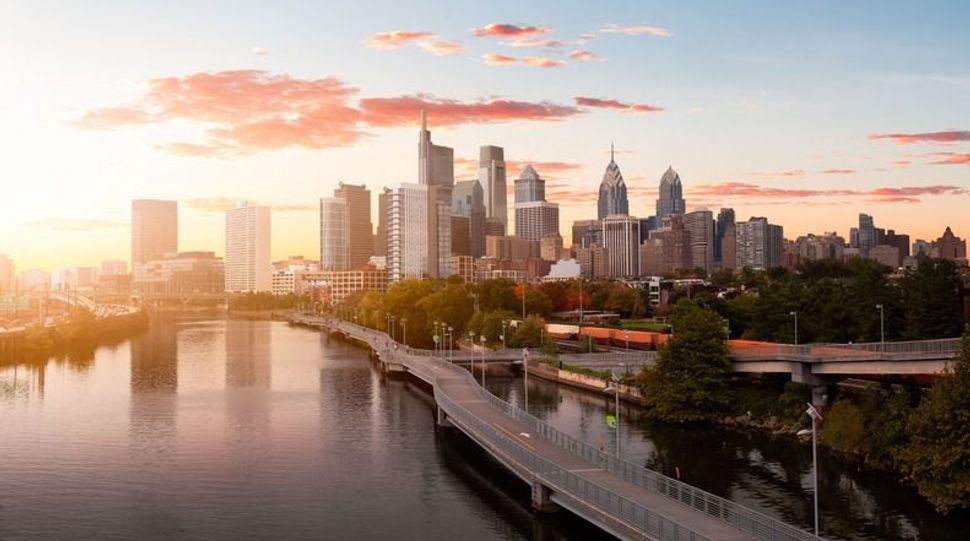 An aerial view of downtown Philadelphia. Image by iStock by Getty Images

People in the world of Jewish philanthropy talk about the Jewish Federation of Greater Philadelphia like a troubled child with unmet potential.

Its yearly fundraising has trailed millions of dollars behind peers with similar-sized Jewish populations, like Boston, since at least 2001. It has seen recent turnover in key leadership positions as well as pandemic-related layoffs. Its once-esteemed newspaper, the Jewish Exponent, has been significantly diminished, not just by the industrywide decline in advertising, but also by a $1 million embezzlement scandal.

And several former employees of the Federation, speaking on the condition of anonymity, said the employee who oversaw the paper and the Federation’s marketing, Steven Rosenberg, was a verbally-abusive bully who went largely unpunished — and has since been promoted to chief operating officer.

“Unfortunately, the campaign in Philadelphia has never been what it should be for a community of this size, and people always wondered why,” said Burt Siegel, a former head of the Philadelphia Jewish Community Relations Council, who worried about a cycle that seemed to make it harder to recruit and retain talent. “There has long been a culture that people would wonder about what is going on there.” 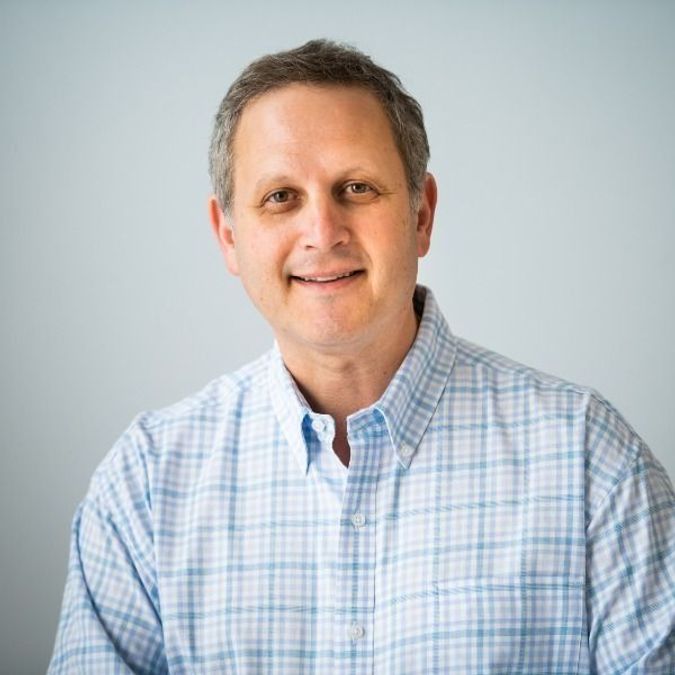 Michael Balaban is the new CEO of the Jewish Federation of Greater Philadelphia. (Photo courtesy)

Enter Michael Balaban, a veteran of widely-admired Federations in Atlanta and South Florida, who took over as Philadelphia’s CEO on June 1. The press release announcing Balaban’s hiring heralded him as a transformationist.

In an interview, Balaban, 54, acknowledged Philadelphia’s need to change course, and said his strategy includes recalibrating its view of donors into “philanthropic investors,” making its fundraising campaign multiyear instead of annual and shifting relationships with grant recipients “from parent mode to partner mode.”

“The mantra that we’re working on embedding in our culture here is that we can’t continue to do business as we’ve always done and expect a different result,” he said. “Legacy institutions have a difficult time with that if they stick to the old model.”

Philadelphia has been punching below its weight in fundraising for years.

The Philadelphia Federation, which also gives grants to organizations in Main Line suburbs like Bryn Mawr and Wynnewood, had $66 million in revenue in fiscal 2019, according to the organization’s charity filings. Boston’s Combined Jewish Philanthropies took in $312 million that year, and the Bay Area’s Jewish Community Federation — which includes San Francisco, Oakland and Berkeley — collected $145 million.

Meanwhile, the Jewish Federation of Cleveland brought in nearly $96 million. The Cleveland metro area, which includes Akron and Canton, according to the Jewish Data Bank survey, is 2.4% Jewish — about 85,000 people.

“Philadelphia has a long history of being among the smallest per capita of the Federation communities, and it’s been known behind the scenes as a stingy community,” said Jonathan Sarna, a professor of American Jewish history at Brandeis University.

Balaban, when asked which organizations he saw as peers, named the Federations of Washington, D.C. — which serves a region of about 300,000 Jews and raised $34.4 million in 2019 — and MetroWest New Jersey, which raised $42.4 million (the Jewish Data Bank survey did not estimate that area’s Jewish population). Balaban also named the United Way of Greater Philadelphia and Southern New Jersey, whose revenue was $40 million in the fiscal year ending in 2019.

He said that while he looks to Boston’s CJP “for certain best practices,” he does not consider it a peer.Philadelphia needs to “find our own sense of swagger and success,” Balaban said, and avoid “trying to measure itself against others.”

He also said that Broward County, where he was in president and CEO from 2016 until 2021, had a similar character to Philadelphia — bookended by Jewish behemoths in Boca Raton and Miami, as Philadelphia is sandwiched between D.C. and New York.

“You sometimes get overlooked when you’re in a corridor that has such rich history in the birth of this country,” he explained, “and I think that plays into the psyche in the Jewish community as well.”

The trials of turnover

Last year, the Philadelphia Federation lost both its CEO, Naomi Adler, who started in 2014, and Jerome Nachlis, the chief financial officer, who had been there for more than 10 years. Adler is now a consultant and executive coach for philanthropic organizations and declined to be interviewed; Nachlis is running a consulting company of his own and did not respond to requests for an interview.

Adler’s predecessor, Ira Schwartz, also served seven years at the Federation, and the previous CEO, Harold Goldman, retired after six years. In contrast, Barry Schrage led Boston’s CJP for 30 years until 2018, Cleveland’s Stephen Hoffman was CEO for 35 years before he retired in 2018, and Jacob Solomon, the CEO of the Greater Miami Jewish Federation, has been in the role since 2008.

While some see such long tenures as a liability — Jay Sanderson this fall is making good on his promise not to stay more than 10 years as head of the Federation in Los Angeles — Schrage said longevity helps a CEO build relationships that tie the community together, and makes innovation easier.

“The success of a Federation is relationships — real human relationships,” he said. “Most of us who have been in that for a while — you’re at every conceivable meeting and dinner, meeting individuals morning, noon and night.”

Balaban, like other Federation heads, is also grappling with morale problems from pandemic-related layoffs. Philadelphia let go 14 people in 2020, while Boston’s Federation laid off 25 and New York’s 54. Philadelphia’s Federation currently has 118 jobs, according to paperwork related to its nearly $2 million loan as part of the federal government’s coronavirus inspired paycheck-protection program; Boston’s reported 182 jobs (and received $2.8 million) and New York has about 450 employees.

But Balaban is also inheriting some challenges unique to Philadelphia’s Federation.

The former employees who spoke on the condition of anonymity — due to nondisclosure agreements, fears of alienating future job prospects or both — said that Rosenberg, while chief marketing officer and publisher’s representative at the Exponent, had created a hostile work environment. One described a “frightening culture” where “people would be vaporized” at his behest. Others said that Rosenberg was known to publicly scream at subordinates.

These employees said that at least two people had verbally complained about Rosenberg’s behavior either to Adler when she was CEO, or to Donna Freyman, the head of human resources, who did not respond to a request for comment. They said they were told that Rosenberg was asked to attend training resulting from the complaints.

Rosenberg, through his lawyer, denied ever hearing about such complaints or being asked to attend any kind of training. Balaban said he had “no record” of complaints against Rosenberg.

Rosenberg began as the chief marketing officer of the Federation in Philadelphia in 2015, and soon became the publishers’ representative for the Exponent, a print weekly founded in 1887 and funded, since 1944, by the Federation or its precursor, the Allied Jewish Appeal. The paper now has a print circulation of 20,000, according to its promotional materials, and a digital audience of about 500,000 a year.

The July 8 issue featured photos of a Jazz Shabbat at Beth Sholom Congregation, staff book recommendations and news articles on a new Jewish health center and the retirement of a longtime announcer of the Philadelphia 76ers.

Running the Exponent, according to charity filings, cost the Federation more than $2.1 million in the fiscal year ending in 2019.

Balaban said he views the Exponent as “less than an independent paper” and “more a communal donor newsletter.” He also said the Federation is weighing the “need for a community of this size to have a Jewish paper” against whether the organization wants to navigate the polarized world of news — and political differences among donors.

Former Exponent employees complained that Rosenberg had steered coverage to align with his and donors’ conservative politics. For example, Liz Spikol, a former editor-in-chief, said that Rosenberg told journalists not to mention the liberal Zionist group J Street, or Jewish Voice for Peace, a group that supports the Boycott, Divestment, Sanctions movement targeting Israel, and once asked her to remove a photograph of a visibly Muslim person at an interfaith event from the cover.

“This was a venerable newspaper that always had strong journalists at the helm, and now you have this one person who has managed to co-opt the process,” said Spikol. “Now, we’re writing articles about his buddies who are politicians.”

It “just seemed preposterous from a journalistic point of view,” she added of the request to ignore J Street and other left-leaning groups. “They exist, and they are sometimes playing a role in a news story.”

In an interview, Rosenberg denied interfering with the editorial process and said that neither he nor his successor as publisher’s representative attended editorial meetings. But he also said that “there is no firewall any longer” between the funders and journalists at any publication.

“We have the ability to intervene if we need to,” he said. “I don’t tell them what to write or what not to write.”

Rosenberg, now COO, “oversees all business aspects” of the Exponent, according to his bio on the Federation’s website. He was still publisher’s representative when the business manager, Cheryl Lutts, stole $1.19 million from the paper between 2016 and 2019, according to a federal indictment, in part by charging personal expenses on corporate American Express Cards. She pleaded not guilty in May.

A lawyer representing Lutts did not respond to a request for comment.

Lutts was indicted in April for the theft and for later embezzling $255,000 from the Philadelphia POPS orchestra, where she went to work in 2019, after her position at the Exponent was eliminated.

There is no indication that Rosenberg was involved in the embezzlement.

The embezzlement began, according to the indictment, in 2016. That was shortly after the Exponent laid off its entire editorial staff to save money in 2015, as it was hemorrhaging about $300,000 a year. The Federation hired Mid-Atlantic Media to run the editorial operations; Craig Burke, the head of Mid-Atlantic Media, declined to comment.

Eileen Pursley, who became the Exponent’s general manager in 2019, said in an interview that she noticed problems with Lutts’ work right away. She said she received notice of an outstanding American Express bill in the tens of thousands of dollars, that Lutts submitted PDFs of expenses rather than Excel spreadsheets, and that office expenses were five figures, which seemed high.

Pursley said she felt “frustrated” and anxious about the length of that process and the private nature of the internal investigation: “It just seemed like, when are they going to address publicly what happened?”

A spokesperson for the POPS said the orchestra fired Lutts after finding questionable transactions through a routine finance reconciliation, and were contacted by the authorities shortly thereafter.

Balaban seemed unfazed by the laundry list of challenges he faces.

“Far too often, people cling on to the ghosts of the past,” he said, “and we need to be an organization that respects that past, but that’s really forward focused.”