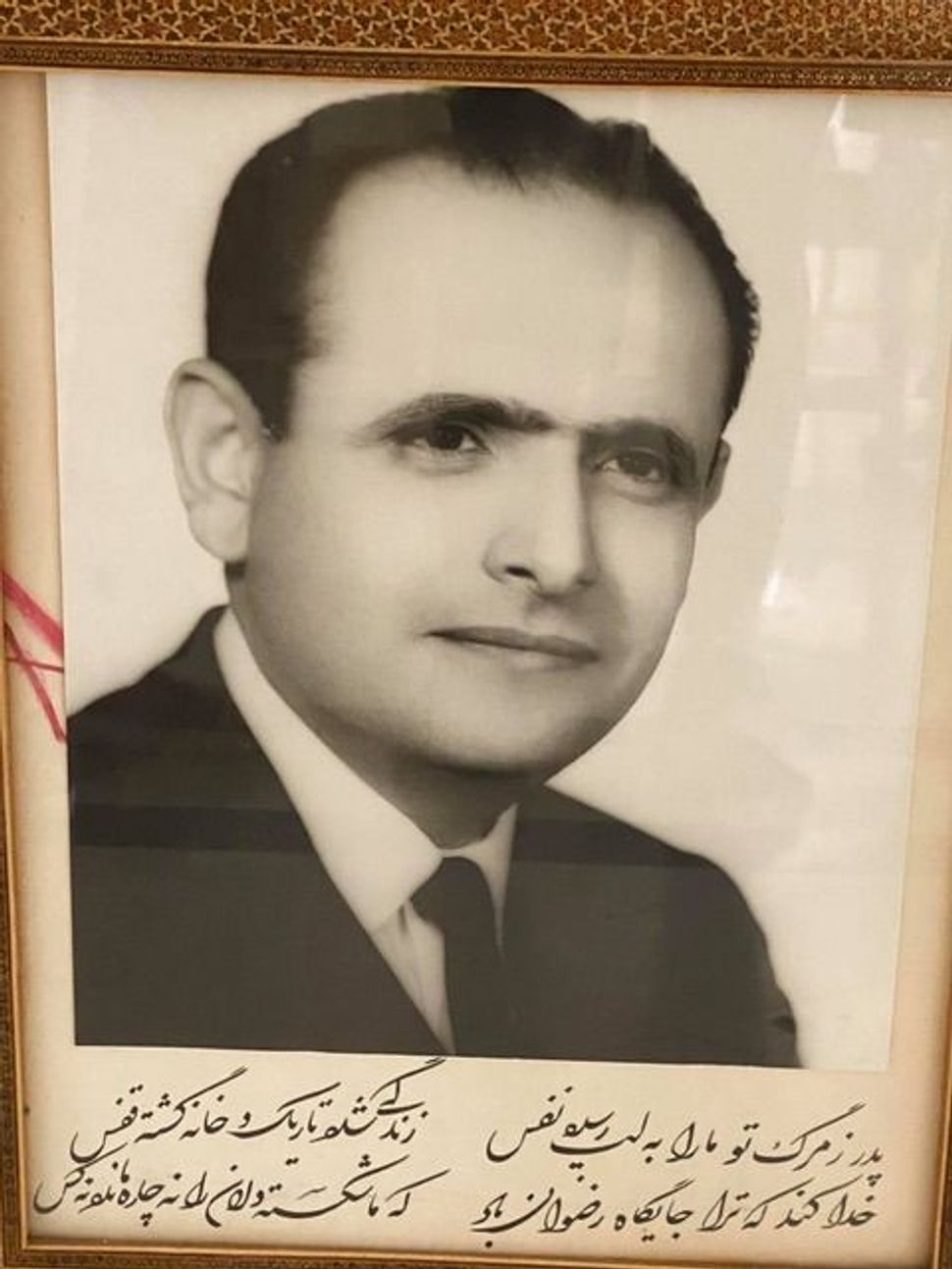 Mansour Gedooshim was executed by Iran’s Islamic regime 40 years ago this month. Courtesy of the Gedooshim family

Fakhri Gedooshim, an 85-year-old Iranian Jewish widow and grandmother living in Beverly Hills, still weeps uncontrollably when recalling the horror she and her family faced when her late husband Mansour was executed by Iran’s Islamic regime 40 years ago this month.

With the anniversary of her husband’s killing on September 20, Gedooshim said she decided to share the story of her husband’s arrest and execution with American Jews in hopes of raising awareness of the antisemitic and dangerous nature of the Iranian regime with which the current Biden administration is negotiating a nuclear deal.

“My message to the American Jewish community is do not trust this Islamic regime in Iran,” said Gedooshim. “They killed my husband for only one reason— he was a Jew.” 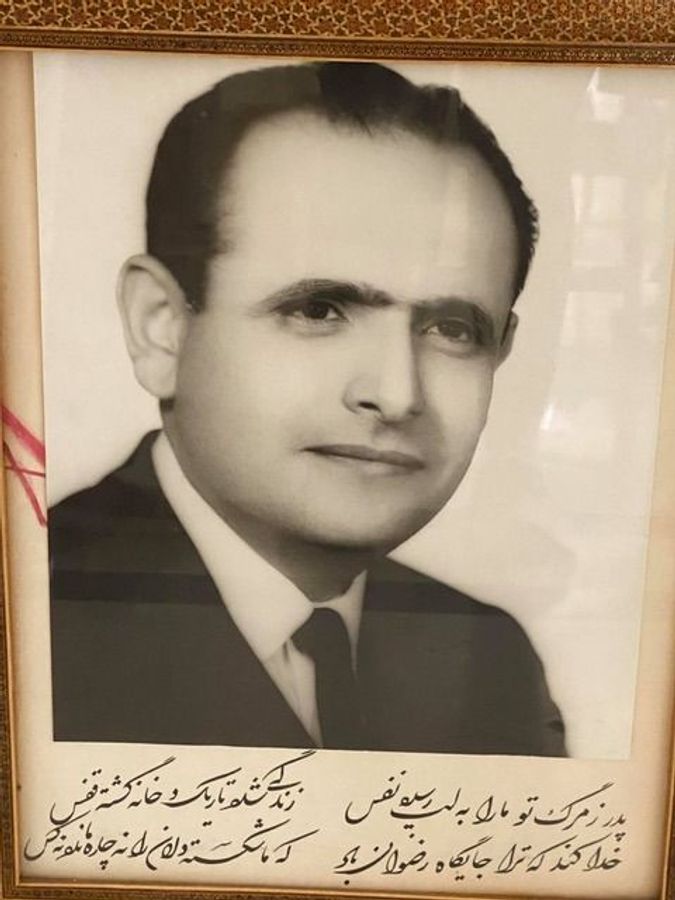 Mansour Gedooshim was executed by Iran’s Islamic regime 40 years ago this month. Courtesy of the Gedooshim family

“My husband worked every day of the year except for the Yom Kippur holiday,” said Gedooshim. “He not only wanted success for himself, but for all of the 2,000 employees who worked at both of his factories.”

“He was an incredibly generous man to everyone who knew him regardless of their religion,” said Shaheri, now in his 90’s and living in Beverly Hills. “He even built a mosque and homes for many of his factory employees because he wanted them to be happy.”

The happy life Mansour Gedooshim and his family enjoyed came to a sudden end in 1979 when the Ayatollah Khomeini’s regime took power in Iran following the country’s Islamic revolution. Gedooshim’s wife said in 1980 her husband was arrested and imprisoned twice for a little more than two months by the regime’s armed thugs who accused him of being a “Zionist spy.”

“After he was arrested the first two times, his friends and his employees from the factory who were Muslim went to the prison and were able to get him released because of his past help to them,” said Gedooshim. 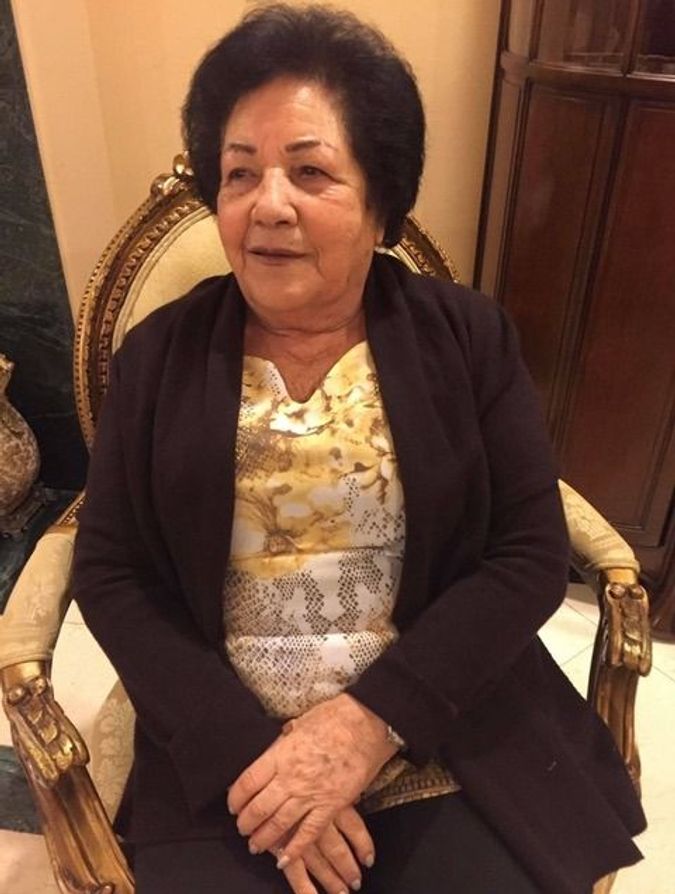 Fakhri Gedooshim decided to share the story of her husband’s arrest and execution with American Jews in hopes of raising awareness of the antisemitic and dangerous nature of the Iranian regime with which the current Biden administration is negotiating a nuclear deal. Courtesy of the Gedooshim family

While Iranian regime officials released Mansour Gedooshim a second time from prison, they still confiscated his factories claiming that they had to investigate his “Zionist” ties, his wife said.

Then in early September 1981, Mansour Gedooshim was again arrested a third time by the regime’s armed thugs and imprisoned at the Najafabad Prison located in Iran’s Isfahan province on trumped up charges of spying for Israel.

According to a September 1981 report from the Iranian regime’s Branch Two Islamic Revolution High Court, which was obtained by the Washington D.C.-based Abdorrahman Boroumand Center, a non-profit organization documenting the Iranian regime’s human rights violations, Mansour Gedooshim was not given an attorney during his trial while held at the Najafabad Prison.

When a prison guard came to Gedooshim’s wife and offered to free her husband if she paid him a substantial bribe, she paid him the money. Then on September 20, Mansour Gedooshim and four other prisoners who were found guilty of various crimes against the Iranian regime were executed by firing squad. Gedooshim was 50 years old.

Gedooshim’s wife first learned about her husband’s execution on the radio. Only then did she realize she was tricked by the prison guard who extorted money from her. Later she said she was informed by the regime’s armed thugs that her family was prohibited from mourning her husband’s death.

“They wouldn’t release his body to us, and when our relatives went to get my husband’s body to give him a kosher burial, they were also arrested by the regime’s authorities who accused them of being spies for Israel,” she said. “Eventually, members of the local Jewish leaders were forced to pay the regime’s prison guards money for the bullet they used to kill my husband and then were given his body to be buried.”

Likewise, Gedooshim’s wife said she and her three children were left penniless and forced to leave their home which was confiscated by the Iranian regime along with her personal property and bank accounts.

“Overnight we became poor,” she said. “The only way we survived was because of the kindness of our Muslim neighbors and friends who remembered my husband’s help to them in the past and came to our aid.”

Additionally, she said she remained in Iran for 10 years after her husband’s death and regularly visited the regime’s revolutionary court demanding to get paid for her husband’s wrongful killing.

“They thought I was one of those scared Jews who would run away from Iran after they killed my husband for no reason,” Gedooshim’s wife said. “But I wasn’t that kind of Jew. I didn’t care, I went to their court as often as possible raising hell with the authorities and demanding some sort of restitution for them killing of my husband.” 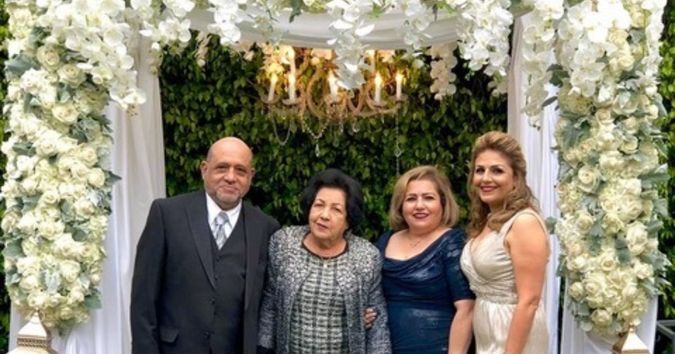 Some guards at the court eventually persuaded Gedooshim’s wife to leave Iran because they said the commotion she was causing had irritated the regime’s officials who would not hesitate to also execute her. A short while later she said she fled Iran and started her new life in Southern California where her children lived.

Roya Boroumand, a non-Jewish Iranian activist who heads Abdorrahman Boroumand Center and has researched Gedooshim’s case, said that Iranian regime officials killed the Jewish businessman only out of greed.

“There was absolutely no grounds for executing him even by the revolution’s low standards,” said Boroumand. “They executed him simply to get him out of the way.”

Frank Nikbakht, an Iranian Jewish activist who heads the L.A.-based Committee For Minority Rights in Iran, said Jews in Iran were frequently arrested and imprisoned after the 1979 revolution by the Khomeini regime in order to successfully scare Jews into fleeing the country and leaving behind their wealth.

Gedooshim became the fifth Jew officially executed by the Iranian regime. The regime’s murder of Jews began in May 1979, when the Jewish community leader, Habib Elghanian was executed by firing squad on trumped up charges of spying for Israel and America.

According to a 2004 report prepared by Nikbakht, at least 14 Jews have been murdered or assassinated by the regime’s agents, at least two Jews have died while in custody, and 11 Jews have been officially executed by the regime. In December 2012, Toobah Nehdaran, a 57-year-old Jewish woman was brutally murdered and her body was dismembered by radical Islamic thugs inside her home in the Jewish ghetto within the city of Isfahan.

The Jewish community of Iran, which was once 80,000 strong in 1979, now numbers between 5,000 to 8,000, he said. The Jews in Iran continue to live in constant fear for their security amid threats from Islamic terrorist factions.

Goli Gedooshim-Saghian, Gedooshim’s daughter who now lives in Los Angeles, said her father’s execution and the confiscation of her family’s belongings by the Iranian regime 40 years ago still have left her and many family members traumatized.

“Aside from killing my father, the regime took everything we had— we weren’t even able to get our photo album of family pictures,” said Gedooshim-Saghian. “We left Iran with only a suitcase of clothes and have been forced to live with the trauma of that horrific experience for a lifetime”.

Nikbakht said the Gedooshim family and other Iranian families whose loved ones were unlawfully executed by the Iranian regime may not today receive their day in court while the current Islamic regime is in power in Iran, but may eventually get some sort of compensation in the future from an outside tribunal.

“As we are witnessing in the cases of the European Nazis and Communist regimes, many victims or their descendants have been able to retrieve their assets or receive compensation for their historically documented cases of pain and suffering,” said Nikbakht. “The same thing will happen to all the Iranian victims of this notorious regime one day”.

“I’m an old woman now but my only dying wish is to see the day this Islamic regime in Iran is removed from the face of this earth for this nightmare it has unleashed on my family,’ she said.