The competition to head the Jewish Agency is fierce 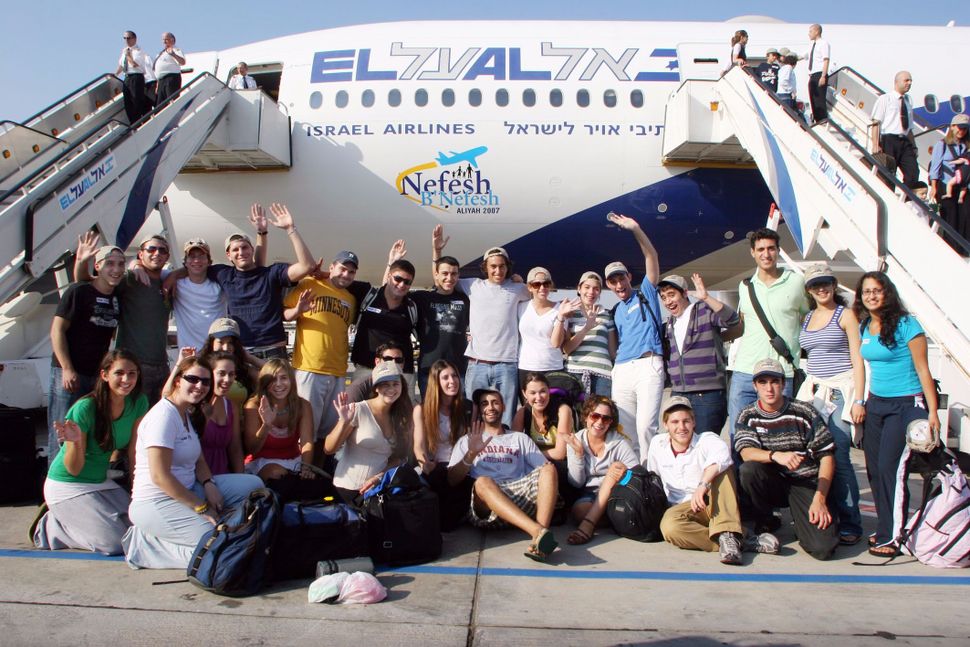 Much is at stake — perhaps even the stability of the new Israeli government — in the race to head the Jewish Agency for Israel, the largest Jewish global nonprofit. And some of the contestants hope that winning the job, once held by former Israeli Prime Minister David Ben-Gurion and Soviet dissident Nathan Sharansky, will save their political careers.

At least nine people are vying to be the next executive chairperson of the Jewish Agency for Israel, including Danny Dannon, the former Israeli ambassador to the United Nations, and Elazar Stern, a former IDF general.

With an annual budget of close to $400 million, the organization is devoted to promoting aliyah, connecting Israel with world Jewry and strengthening Jewish identity globally. Its leader is chosen by a committee of 10 members who represent major Jewish and Zionist groups and, traditionally, with the recommendation of the Israeli prime minister. The committee makes its decision on Oct. 26.

The job is highly sought after, and has been compared in prestige to head of the Jewish State. This year’s election to succeed Isaac Herzog, who became Israel’s 11th president in July, has no clear front-runner.

The new Israeli government is promoting the candidacy of Stern, a member of the Yesh Atid Party, the largest faction in the coalition. Stern is currently serving as minister of intelligence services. The not-so-secret plan is to move Stern to the Agency, and to reward Eli Avidar with Stern’s ministry position. Avidar, a member of Avigdor Lieberman’s party, had threatened to defect from the razor-thin majority coalition.

But Stern is widely seen as an uninspiring choice. Since joining the Knesset in 2013, he has been a staunch advocate of reforming the laws that govern religious conversion and a supporter of the Kotel deal which designated protected space there for various streams of Jewish practice. But he has made himself unpopular with comments deemed sexist comments, and homophobic, and often appears confrontational in Knesset debates. His less-than-fluent English is also seen as a liability.

Stern’s weaknesses, plus Israel’s complicated political scene, has inspired others with more experience in fundraising and with American Jews to pursue their own campaigns to lead the Agency.

At least three candidates, including Stern, are in the U.S. this week to meet with members of the selection committee ahead of virtual interviews scheduled for next week.

But they know they are bucking precedent.

Only once in the 92 years since the Agency’s founding in 1929, has the committee rejected the prime minister’s preferred candidate. In 2018, Netanyahu’s candidate, Yuval Steinitz, then the minister of energy, was rejected in favor of Herzog, who challenged Netanyahu for the premiership in 2015.

Danon, the former U.S. ambassador, is hoping to be the second person to ascend to the head of the Agency without the prime minister’s blessing.

Currently co-chair of the World Likud, Danon was hoping to return to politics after an extended five-year term at the U.N. last year. But then Netanyahu reneged on his rotation deal with Blue and White Chairman Benny Gantz, early elections were called and the Likud kept its Knesset list in place — leaving Danon without a seat in the legislative body. With some commentators predicting that the current government survives for several years, and with Netanyahu resisting retirement, Danon is searching for a place in Israeli political life, and presenting himself as the compromise candidate for the Agency. He does not have the backing of Netanyahu, whose choice is Uzi Dayan, another former IDF general.

Other candidates include Fleur Hassan-Nahoum, deputy mayor of Jerusalem; Omer Yankelevitch, former minister of diaspora affairs who has the backing of Gantz; Irina Nevzlin, the daughter of philanthropist and Russian oligarch Leonid Nevzlin and wife of former Knesset Speaker Yuli Edelstein; Michal Cotler-Wunsh, former Blue and White member of the Knesset; Michael Oren, former Israeli ambassador to the U.S.; and Yaffa Zilbershats, a professor of law at Bar-Ilan University.

Yaakov Hagoel, the Jewish Agency’s acting chairman and a Likud party member, is said to be favoring Danon, although he has made no formal endorsement. And not having Netanyahu’s backing could actually play to his advantage. Racheli Baratz-Rix, a committee member representing the World Zionist Organization who is affiliated with Blue and White could also object to Stern’s candidacy.

Danon, who began his public service as an emissary of the Jewish Agency in Florida in 1992, noted in a recent interview with the Forward that as a former Knesset member, he enjoyed strong working relationships with the current leaders of Israel and that these connections would serve him well as head of the Jewish Agency.

“I think it’s very important in this position to have the ability and the character to bring people together and to build coalitions to achieve consensus,” he said was his message to members of the committee during a visit to New York. He also touted what he said is a long-standing interest in the Jewish diaspora, and said that during his term as Israel’s envoy, he earned the respect of Jewish leaders of all denominations. A challenge for the new Agency head, he added, is to connect a younger generation and those who don’t attend Jewish day school to Israel.

A voice from city hall

Fleur Hassan-Nahoum, who is in charge of Jerusalem’s municipal foreign relations and international economic development, is another politician running as an outsider. An independent in city hall, she would be the first young woman and Sephardic Jew to hold the job. Bilingual in English and Spanish, she also says she speaks decent French and would be “a natural uniter.”

Hassan-Nahoum, 48, said she is interested in cultivating young leaders within the Agency and “bringing the disenfranchised back into the tent.”

The competition to head the Jewish Agency is fierce