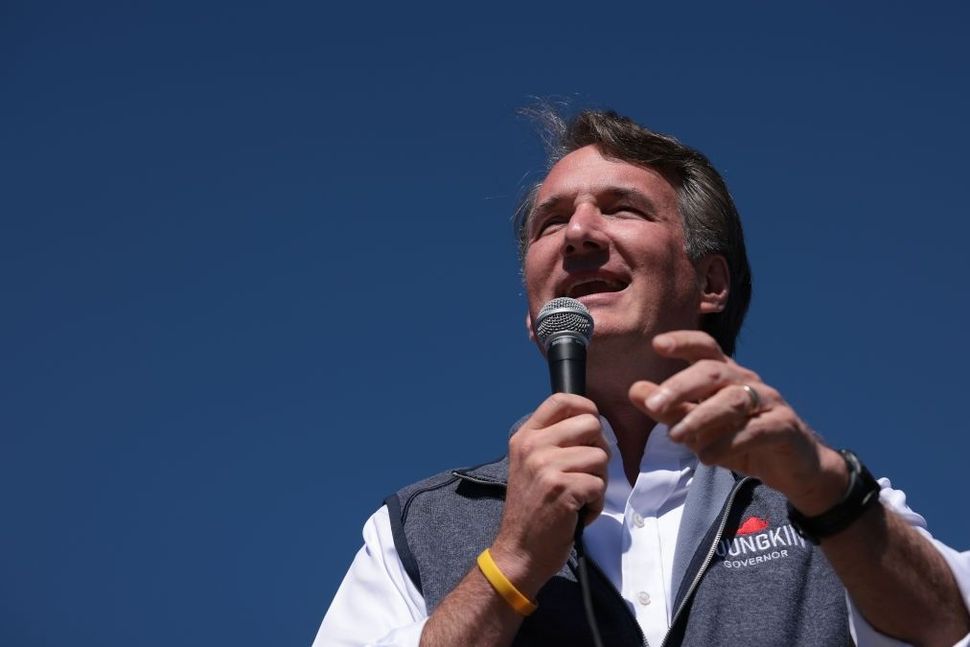 In the final weeks of an unexpectedly tight race for Virginia governor, Democrats charge that the GOP candidate Glenn Youngkin’s campaign has engaged in antisemitic tactics.

Looking down the ballot, Jewish and Democratic groups point to mailings, tweets and other instances where GOP candidates supported by Youngkin stand accused of trafficking in anti-Jewish tropes and stereotypes.

Virginia Republicans are using bigotry and antisemitism to try to score political points, said Haile Soifer, CEO of the Jewish Democratic Council of America, “and Youngkin is not disassociating himself from it.”

Virginia in the past two decades went from a red to purple to blue state. Republicans have not held statewide office for more than a decade. Democrats hold both U.S. Senate seats and control both houses of the state legislature. 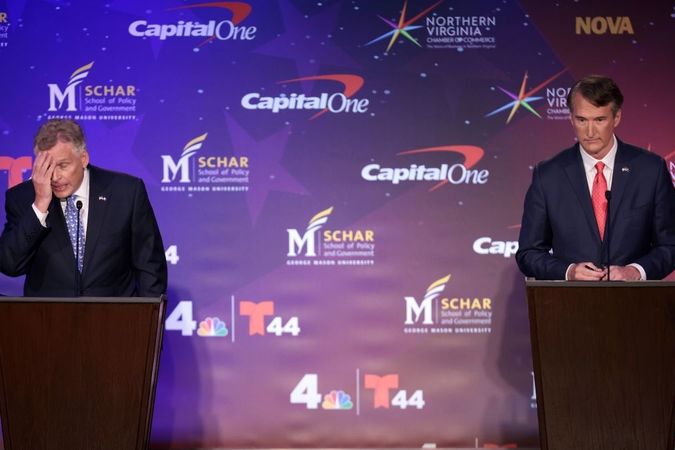 So it surprised many that Youngkin, a former co-CEO and president of The Carlyle Group who has never held public office, is locked in a dead heat with the well-known Democratic nominee, former Gov. Terry McAuliffe. (The seat is considered an open one, because Virginia governors are barred from serving consecutive terms.) McAuliffe’s loss on Nov. 2, Democrats worry, could discourage Democratic voters and embolden the GOP ahead of the 2022 midterm elections. With tensions high and much at stake, the Democrats have been sending heavy hitters to the campaign trail for McAuliffe, including President Biden. Former President Barack Obama will campaign for him later this month. Former President Donald Trump has endorsed Youngkin.

As Youngkin and other GOP candidates imagine long-awaited wins in Virginia, Democrats charge that they have both embraced antisemitism and allowed it to creep into their campaigns. Neither the Youngkin campaign or the Republican Party of Virginia responded to inquiries from the Forward. But Republicans counter that the accusations are baseless, and stem from Democrats’ desperation.

Youngkin Monday night appeared on the radio show of Sebastian Gorka, a former Trump official with ties to antisemitic groups in his native Hungary.

On Tuesday, a fundraising email sent under Youngkin’s name singled out two high profile Jewish billionaires — George Soros and Mike Bloomberg — for their contributions to Democratic candidates, playing into what the Anti-Defamation League has deemed an antisemitic trope.

“The out-of-touch politicians know they’re in trouble, which is why they’re calling on the likes of George Soros and Mike Bloomberg to bankroll their failing races,” reads the email, which bears Youngkin’s signature and was paid for by the Republican State Leadership Committee. A Youngkin campaign spokesperson didn’t respond to inquiries from the Forward about whether the candidate approved the language attached to his name.

But Youngkin has at the same time tried to maintain some distance from his far right-wing supporters, skipping a recent rally organized on his behalf that included former Trump White House adviser Steve Bannon and speakers who falsely claimed that Trump won the 2020 election. And after avoiding the question, Youngkin said he would have voted to certify Biden’s win. On Thursday he hedged when reporters asked whether he wants Trump to campaign on his behalf.

Democratic operatives are telling Virginians that they shouldn’t be fooled by Youngkin’s promises to govern on behalf of all Virginians, and paint him as an extremist. Anti-Trump Republicans are doing the same: The Lincoln Project created a campaign ad that uses footage from the 2017 violent “Unite The Right” rally in Charlottesville, in which white supremacists and neo-Nazis rampage through the city shouting “Jews will not replace us.” The ad, which airs in the Charlottesville media market, also informs viewers of Youngkin’s appearance on Gorka’s show, and proclaims that the candidate knows what Gorka stands for, “hate, division, neo-Nazis, and white supremacists: The Trump agenda.”

The Jewish Democratic Council of America PAC has partnered with the Republican independent group to produce a shorter 30-second digital version of the ad.

Allegations of antisemitism have dogged GOP candidates, many supported by Youngkin, in other Virginia races.

Last month the Republican Party of Virginia funded a campaign mailer that depicted Dan Helmer, a Jewish member of Virginia’s House of Delegates, with an airbrushed nose looming over four piles of gold coins. Youngkin, a top donor to Helmer’s Republican challenger, Harold Pyon, ignored a request from The Washington Post to comment on the mailer.

In September, a Republican candidate for the House of Delegates made Eileen Filler-Corn, Virginia’s first Jewish speaker of that body, the subject of a tweet that mocked her nose. The candidate, Hahns Copeland, is backed by Youngkin’s super PAC, “Virginia Wins.” Copeland later deleted the tweet and apologized, but did not reach out to Filler-Corn directly. The Youngkin campaign didn’t respond to media requests for comment on the tweet.

And in July, Julie Perry, another Republican candidate for the Virginia House, compared being a conservative teacher in Virginia to being Jewish in Nazi Germany. Youngkin’s PAC has donated $3,000 to Perry’s campaign.

“Glenn Youngkin’s decision to fund antisemitic attacks all across Virginia is despicable and completely disqualifying,” Manuel Bonder, the Democratic Party of Virginia’s spokesman, said in a statement. “This commonwealth can’t afford a governor who is willing to peddle vile antisemitism in order to empower his right-wing allies and drag us backwards.”

Recent polls have either given Youngkin the edge or showed him running even with McAuliffe, within the margin of error.

Soifer, the Jewish Democratic Council of America’s chief executive, said that her group’s five-figure outreach effort is targeting some 120,000 voters, out of more than 180,000 registered Jewish voters in the Commonwealth, with the hope that Jews make up the single-digit gap that could win the election for McAuliffe. “The choice should not be hard for Jewish voters,” she said.