A Ukrainian immigrant in L.A. fights Putin with poetry 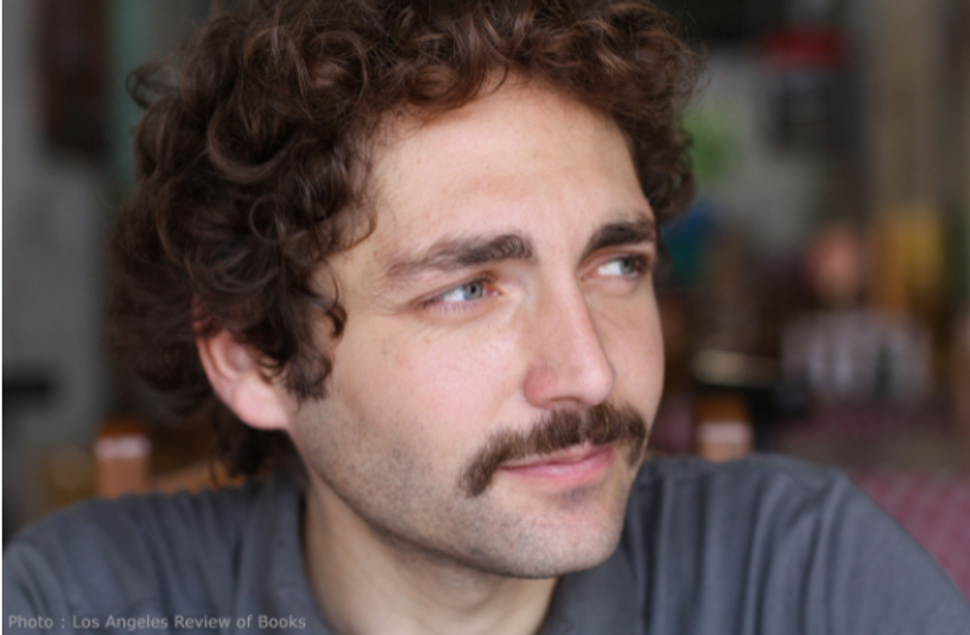 Watching Russian missiles slam into Ukrainian cities, seeing that 40-mile long Russian army convoy snaking its way toward Kyiv — it’s frightening, frustrating and debilitating. As tragedy unfolds in slow motion, there’s so little, really, that any of us can do.

It’s like watching a child drown, the Russian author Maxim Osipov wrote, when you yourself can’t swim.

When I came across Osipov’s essay, “The Fifth Day of War,” in the Los Angeles Review of Books this week, it was just what I needed to read. Call it counterprogramming: amid all the dire news reports and analysis, not to mention the firehose of social media punditry, LARB, as the online digital and quarterly print literary journal calls itself, has used the power of poetry, memoir and essay to make sense of the chaos in Ukraine.

“We have been covering the war in Ukraine for eight years,” Boris Dralyuk, the journal’s editor-in-chief, told me when I reached him by phone. “When this began, I ramped up that effort.”

Dralyuk, 39, was born in Odessa and came to Los Angeles in 1991, along with thousands of other Jews from the crumbling Soviet Union. After receiving his doctorate in Slavic languages and literature from UCLA, he has worked as a poet, writer and translator, coediting “The Penguin Book of Russian Poetry” in 2015, among many other works. Two years ago, he took the helm at LARB.

I pointed out that he used the word “covering,” typically the realm of journalism, to describe the poems and spare, impressionistic essays LARB has been publishing daily about Ukraine.

“Journalism has such a vital role to play, but this is the report of the absurdity from ground level,” Dralyuk said. “I think we do want to know what’s going on in the heads of these people who are either dissolving into tears or taking up arms.”

Literature and poetry provide a sense of depth, he said, “rather than just this kind of flat view of a country being, you know, run over by tanks.”

In a way, Dralyuk and LARB are continuing poetry’s long history in that part of the world as a weapon and a threat. “Only in Russia is poetry respected,” the great Russian Jewish poet Osip Mandelstam once said. “It gets people killed.”

It also helps people relate. The words bring the geopolitical conflict down to a human level. “In the evening, I go to the supermarket and walk by half-empty shelves,” reads an essay by Ukrainian poet Siarhiej Prylucki that appeared on the LARB website Wednesday. “There is no bread: a sullen man walks with a lonely pita in hand to the cash register.”

Dralyuk, whose new book of poems, “My Hollywood” comes out next month, said that his birth city and his adopted one have similarities that inspire verse. They are both port cities, “on the edges of empire,” he said, filled with immigrants. While the Russians claim Odessa is Russian, the city’s inhabitants are as connected to the Yiddish, Italian and Polish-speaking worlds.

“Ukraine has not impinged upon this cosmopolitan stew of languages and cultures,” said Dralyuk, “which is why Odessans have almost uniformly stood up against this attempt to co-op them.”

Dralyuk himself is spending this month in Tulsa, Oklahoma, where his wife, the translator and writer Jennifer Croft, is on a fellowship. He is of course in frequent contact with friends and family in Odessa. They are safe, he said, but there are explosions now outside the city and air raid sirens several times a day.

“The best we can hope for is to understand the effect of this war,” he said, “so that we can mobilize people to stand up against what’s happening.”

A Ukrainian immigrant in L.A. fights Putin with poetry