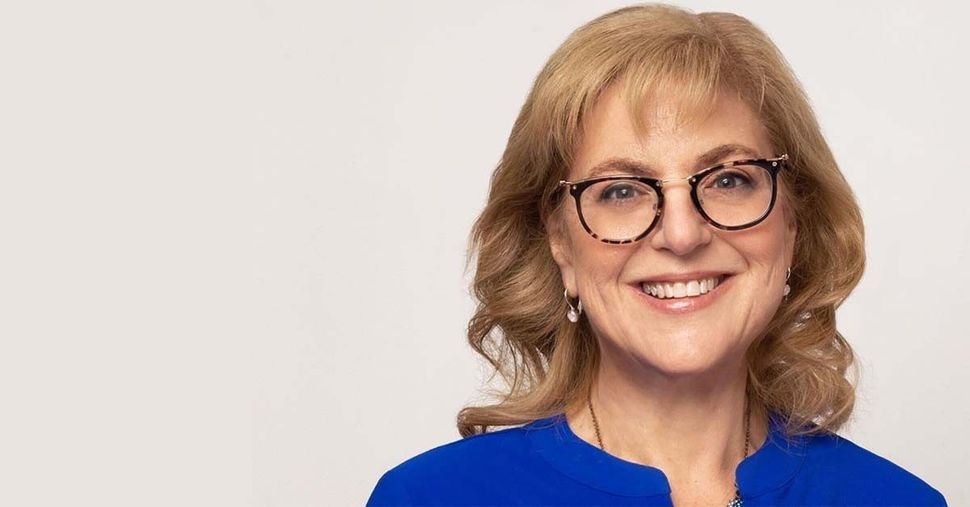 Multiple claims of harassment have emerged against a pioneering figure of women’s empowerment from former employees of the organization she helped found.

Bat Sheva Marcus, a renowned sex therapist who was the president of the Jewish Orthodox Feminist Alliance, was accused in scathing Facebook posts this week by a former executive director of the group who said Marcus bullied her, made sexually inappropriate comments and, unsolicited, once gave her a sex toy.

Marcus “is an abusive person who bullies, demeans, and demoralizes staff, especially women, and inserts herself into people’s sex lives without consent,” wrote Elana Sztokman, who ran the group in 2012 and 2013. “She is not charming. She is not smart. She is not a gift to women.”

Sztokman, who said the feminist alliance fired her for reporting the misconduct, is the second former executive director of the group to accuse Marcus of harassment. The first, Sharon Weiss-Greenberg, was acknowledged by Marcus herself on Monday in an essay published by Tablet.

In a statement issued on Wednesday, JOFA president Pam Scheininger acknowledged that the group “did not act as quickly as we should have” following the allegations while adding that an independent investigation had determined that Marcus’s conduct was inappropriate but did not rise to the level of harassment.

“In transitioning from a small informal organization to the organization that we are today, we have hit some bumps along the way,” Scheininger wrote. “This one was unacceptable.”

It is unclear what prompted the Tablet essay, but the timing may be related to a recent push by Zaakah, an organization that fights sexual abuse in the Orthodox community, for JOFA to release its former employees from nondisclosure agreements. Sztokman said the group’s lawyer had released her on Monday from an NDA she signed the day after she was fired in 2013.

The allegations against Marcus, 60, and the group strike at the core of the feminist movement within Orthodox Judaism, which advocates for a more inclusive interpretation of Jewish law as it applies to women. Founded in 1998, JOFA has been an influential supporter of female clergy within Orthodox shuls, teaching women how to chant from the Torah and hosting well-attended events on issues relating to women in Orthodox Jewish practice.

At the center of it, until her departure in 2018, was Marcus, whose frankness about sexuality was once portrayed in the New York Times as a fearless effort to destigmatize it.

Sztokman came forward after Marcus cast herself in the Tablet essay as the victim of false allegations, which she said had forced her resignation from JOFA.

In the essay, Marcus said she’d been bewildered and horrified at the accusations from a former executive director she had occasionally clashed with. She said the director mischaracterized friendly banter as something more insidious.

When that director reported the behavior for making her uncomfortable, Marcus said, it split the organization’s board, which hired a lawyer to investigate and ultimately negotiated a settlement with the complainant that included a payout and a nondisclosure agreement.

That employee, described by Marcus as a “young, talented woman” the group hired “a few years ago,” is Weiss-Greenberg, who served as JOFA’s executive director from 2014 to 2018.

Weiss-Greenberg declined to comment Tuesday, saying she was still bound by a nondisclosure agreement.

On Wednesday, she posted a statement to her Facebook page in which she said Scheininger, then a member of the JOFA board, had acknowledged that Marcus’s behavior’s constituted abuse when she reported it in June 2017, but told her, “If you can put up with one more year of abuse, we can work together.”

‘The last person I wanted in the bedroom with me, so to speak, was a member of my Board.’

Sztokman, an American-Israeli sociologist and author who immediately preceded Weiss-Greenberg at JOFA, publicly recounted her experience working under Marcus a few hours after the essay’s publication. She said the problems began at their first one-on-one meeting when Marcus launched into an interrogation of her sex life over lunch.

In the Tablet essay, titled “A New Victorianism,” Marcus said she had once purchased vibrators for a few senior board members who expressed interest.

Sztokman, though, said on Facebook that she “definitely did not want it and had not asked for it.”

“Not because I’m anti-vibrators,” she explained. “But because the last person I wanted in the bedroom with me, so to speak, was a member of my Board.”

Sztokman, who now runs a feminist publishing company called Lioness Books and Media, also said that Marcus forbade her from mentioning her award-winning book on gender education and instructed her to remove ‘Dr.’ from her signature.

She tagged Weiss-Greenberg in the post, which garnered hundreds of reactions and dozens of comments.

Sztokman said on Tuesday evening that she described Marcus’s behavior to Blu Greenberg, a co-founder and board member of the feminist alliance whose scholarship has made her an icon of Orthodox feminism. Sztokman said Greenberg encouraged her, basically, to “stay quiet and suck it up.”

“She encouraged me to ‘reconcile’ with Bat Sheva, as if this were some kind of property dispute,” Sztokman wrote in an email. “She said that I would suffer terribly in my career if I didn’t. She also said, you know Bat Sheva is a leader and I’m a leader and we need to be able to ‘get along’ for the sake of the movement.”

Sztokman said she nonetheless raised her complaints in an email to the board, and that Judy Heicklen, a past president of the organization, fired her that afternoon.

Neither Blu Greenberg nor Heicklen responded to requests for comment emailed Tuesday evening. But Scheininger, the JOFA president, wrote in the statement that Sztokman — who she said had been terminated a number of years earlier “due to a variety of concerns” of the board — had never reported sexual harassment to the board during her time there.

“Any claims of sexual harassment were made well after she left JOFA and were never made directly to the JOFA leadership,” Scheininger wrote.

In an email to the Forward after this article was published, she added, “The Tablet article was published without our knowledge or endorsement, and JOFA does not support its content in either substance or tone.” She also said JOFA had released Weiss-Greenberg from the NDA.

Later Wednesday, Weiss-Greenberg came forward with her allegations but focused mainly on the organization’s response rather than the abuse itself.

Marcus, whose frank approach to sex led to frequent comparisons to Dr. Ruth Westheimer, spoke widely, published books and was celebrated in a 2015 New York Times profile as “The Orthodox Sex Guru.” A 2021 Forward interview with Marcus encouraged readers to visit her Instagram for videos about the challenges of having sex while breastfeeding, the causes of pain during intercourse and the essential items to include in a “sex basket.”

After leaving JOFA, she remained a presence in the world of Open Orthodoxy, a progressive Orthodox movement whose hallmark is the promotion of gender equality. She serves on the board of Yeshivat Chovevei Torah, a seminary in Riverdale founded as the intellectual center of Open Orthodoxy, and co-hosts a podcast about sexuality in Judaism with its leader, Rabbi Dov Linzer, who did not respond to multiple interview requests.

Maze Women’s Sexual Health, a treatment center in New York where Marcus is clinical director, also did not respond to a request for comment.

The Safety Respect Equity Network, a nonprofit that fights sexual harassment and gender discrimination in the Jewish world, removed JOFA from an updated list of member organizations it posted on Monday.

Shana Aaronson, director of Magen for Jewish Communities, an organization that combats sexual abuse, called the Tablet article a “slap in the face” to feminists, sex educators and therapists and Marcus’s accusers.

“Feminists did not fight a bloody and thankless war against misogyny, chauvinism and gender-based discrimination in order to earn us women the right to have our body parts commented on at work in the name of ‘women’s empowerment,’” Aaronson wrote on Facebook. “We don’t need a ‘world with less sexual shame’ to talk about sex in the workplace. No thank you.”

Correction: An earlier version of the story misstated the years Marcus served as board president. She served on JOFA’s board for 20 years, but was president from 2015 to 2018.