Our 10 most-read stories on antisemitism in 2022

Yes, many were about Kanye West 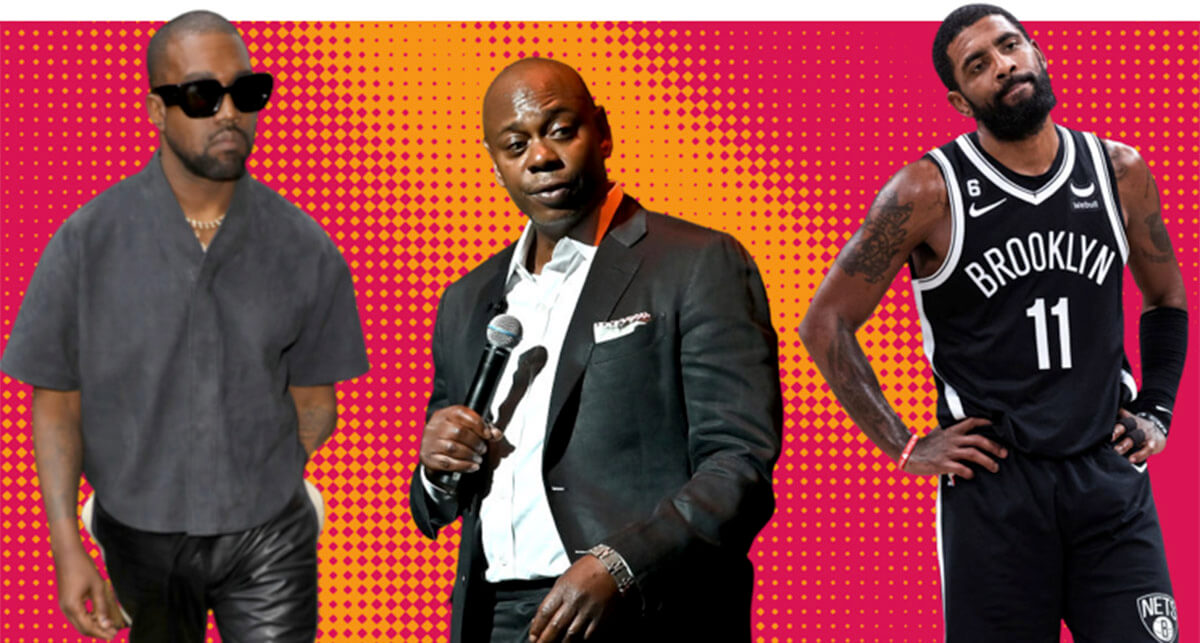 Many American Jews are lamenting a year in which antisemitism seemed to assert itself more strongly than in recent memory. Here at the Forward there was much to write about — rising physical attacks on Jews, politicians and celebrities who trafficked in antisemitic stereotypes and a spike in antisemitic postings on social media platforms, to name a few.

We wondered which of our stories on antisemitism in 2022 gained the most traction?

Perhaps no one should be surprised that the most-read story — and six of those in the top 10 — were about the antisemitic tirades of rapper Kanye West, who now goes by Ye, or how others reacted to him. The most and third-most popular pieces were about comedian Dave Chapelle’s riff on West.

Two stories on the list delved into antisemitism on college campuses. One focused on NBA star Kyrie Irving’s tweeting of a link to an antisemitic movie.

What didn’t make the cut? Stories about former president Donald Trump’s ties to antisemites and Elon Musk’s seeming willingness, after he purchased Twitter, to tolerate antisemitism and other hate speech on the platform. Readers clicked on those pieces, but our analysis shows that more decided to read the following 10.

Our 10 most-read stories on antisemitism in 2022