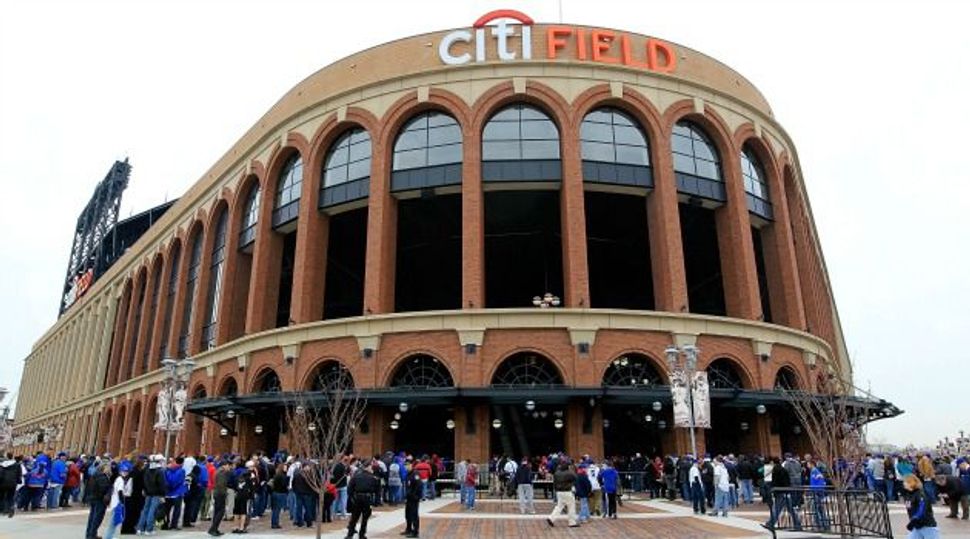 Kosher Sports, Inc. scored big at the Super Bowl in New Orleans, where it had the concession to sell kosher stadium food to football fans. Unfortunately for the company, it has struck out in a legal dispute with a Major League baseball venue — Citi Field, home of the New York Mets.

On Tuesday, KSI got unwelcome news from the U.S. Second Circuit Court of Appeals, which rejected the kosher food purveyor’s request to throw out a February 2012 ruling in favor of Queens Ballpark, Co., the company that runs Citi Field. KSI had originally filed a breach-of contract suit against Queens Ballpark in 2010 for preventing it from selling its kosher hot dogs, sausages and other products on Friday nights and Saturday.

KSI claimed it had incurred high costs in outfitting its carts in such a way that kashrut certification authorities would allow kosher food to be sold from them on Shabbat. Court documents KSI filed further stated that it stood to lose hundreds of thousands of dollars in profits if it was prevented from selling on Shabbat.

KSI charged Mets organization officials with operating out of concern about “undermined credibility with Sabbath-observing’ fans” and ignoring measures taken by KSI to make its carts halachically kosher-for-Shabbat.

Rabbi Zushe Blech, a lecturer at the Center for Kosher Culinary Arts in Brooklyn, was quoted in a 2012 Daily News article admitting that the Mets’ position had validity. “It doesn’t look kosher,” he said.

At the same time, he supported KSI’s arguments by saying that it is possible to not violate Shabbat by pre-cooking kosher food and having a non-Jew operate the cart. He also doubted that Jewish ball fans who would care about kosher food being sold on Shabbat would even be present at Citi Field for Friday night or Saturday games.

However, the company’s arguments did not sway the appeals court. Instead, the appeals court upheld the lower court’s decision ordering KSI to pay Queens Ballpark $55,000, which it determined KSI still owed the ballpark operator under the terms of a 10-year, $725,000 contract extending to 2018.

“The agreement did not cover when or where KSI could sell its kosher food products,” the appeals court declared. “While it explicitly set forth KSI’s ‘rights’ to advertising space, tickets, and freedom from competition, the contract does not address the right to sell at any particular time or place. Therefore, KSI had no right under the unambiguous terms of the agreement to sell its products at Citi Field on Fridays and Saturdays.”

So, when it comes to selling — or rather, not selling — kosher hotdogs on Shabbat, KSI is going to have to answer to a higher authority.