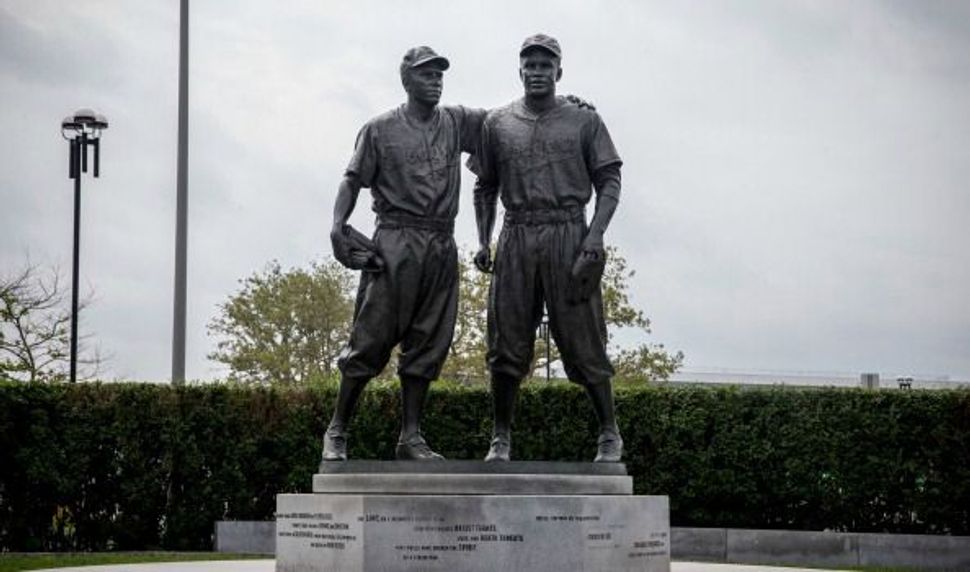 Earlier this month, the statue had been covered in racist graffiti and anti-Semitic slurs, which the city Parks Department has since removed. The vandals have not been found, and a $50,000 reward has been offered for any information, including $10,000 by the Daily News itself.

The Unity Day events at MCU Park in Coney Island surrounding the rededication were hosted by the Brooklyn Cyclones.

“In an odd way, perhaps something positive has come out of this,” Steven Cohen, Cyclones general manager told the Daily News. Cohen added that thousands had descended into the area in the past couple of weeks to show their opposition to the hateful messages.

A Cyclones doubleheader against the Staten Island Yankees followed the ceremony, ending with a free screening of “42,” this year’s biopic about Robinson starring Chadwick Boseman and Harrison Ford.