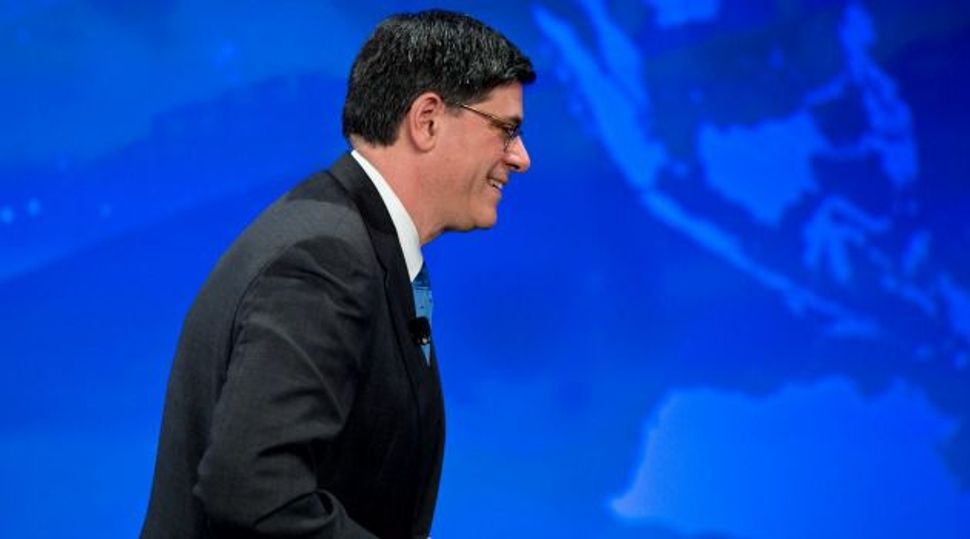 The United States is prepared to move against violators of its sanctions against Iran, U.S. Treasury Secretary Jack Lew told the American Jewish Joint Distribution Committee.

“Our enforcement of the sanctions regime will be as unflinching as ever, so any CEO, general counsel or businessperson who thinks now might be a time to test our resolve better think again,” said Lew, who received the JDC’s Morgenthau Award from the JDC on Wednesday to commemorate the group’s 100 years of partnership with the U.S. government at its Centennial Dinner. “We are watching closely, and we are prepared to move against anyone, anywhere who violates, or attempts to violate, our sanctions.”

His remarks at the dinner in Washington, D.C., came a day before the Treasury and State departments made public the names of several companies and individuals for evading international sanctions against Iran and for providing support for Iran’s nuclear program.

Lew voiced his support for sanctions against Iran, saying “we have a moral obligation to use all diplomatic and economic means of achieving a change to the maximum extent possible, and reserve force as a last option when other means fail.”

He said the sanctions relief offered during the interim agreement negotiated by world powers with Iran, under which Iran will slow its nuclear production, is minimal. Lew noted that during the six months of the agreement, Iran will continue to lose nearly $30 billion in oil revenue.

“This agreement does not prevent us from implementing our existing sanctions or imposing new sanctions targeting Iran’s sponsorship of terrorism or its abuse of basic human rights,” he said.

Lew praised the JDC for its partnership and for its work around the world.

Also Wednesday, the JDC presented its Or L’Olam Award to the Republic of the Philippines for its role, together with JDC and the Frieder family, in saving more than 1,300 Jews from the Nazis. Jose Cuisia, the Philippines envoy to the United States, accepted the award and thanked the JDC, the Jewish community and Israel for its current efforts in the wake of Typhoon Haiyan.