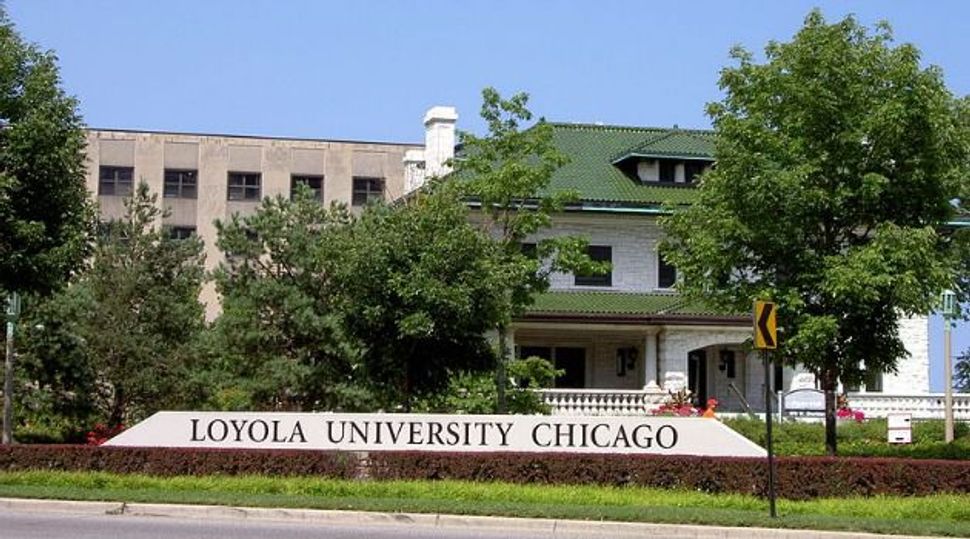 The student government at Loyola University in Chicago passed a resolution calling on the university to divest from companies that do business in Israel.

Meanwhile, the University of Michigan and Arizona State University student governments voted to postpone consideration of divestment bills, according to the pro-Israel group StandWithUs.

The Loyola Student Senate voted Tuesday evening to remove its holdings from eight companies that provide equipment to Israel for use in the West Bank. The vote on a measure proposed by the Loyola chapter of Students for Justice in Palestine passed 26-0 with two abstentions.

“By passing this piece of legislation, the student body at Loyola University Chicago is asking for further and constant examination of Loyola’s assets for future investments,” the Student Senate said. “In the policy statement on Socially Responsible Investing (SRI), the Board of Trustees claims to commit to a social mission with the promotion of social justice. Divesting from these companies remains true to this statement and ensures that Loyola is not profiting from companies that contradict Jesuit traditions and values.”

Also on Tuesday night, the Assembly of the Central Student Government at Michigan voted 21-15 with one abstention to postpone indefinitely consideration of a divestment bill. The measure, which was proposed by the Students Allied for Freedom and Equality organization, was virtually identical to the Loyola legislation.