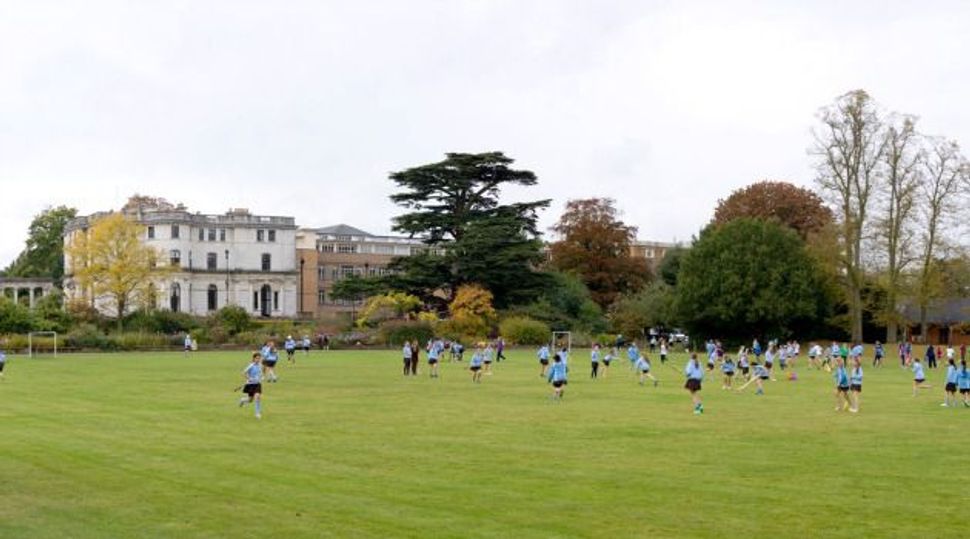 The parents of a Jewish student at an exclusive girls’ school in London are angry over an incident in which a teacher told their daughter that she would be sent “to one of your gas chambers.”

The incident at North London Collegiate School occurred in January, London’s Daily Mail reported on Sunday. The parents of the girl, 17 at the time of the incident, on Saturday night called on the head of the school to make a public statement about the incident to highlight its severity, according to the Mail.

The family has chosen to remain anonymous.

The teacher reportedly apologized to the girl, but the school has not gone public with what, if any, disciplinary action was taken against the teacher.

The teacher, who was not one of the girl’s regular teachers, made the remark after the girl cut in line in the dining hall.

“Don’t do that or I’ll have to send you to the back of the queue or to one of your gas chambers,” ’ the girl’s father quoted the teacher as saying according to the Mail, which reported that the remark was heard by several students who were waiting in line.

The incident was reported by another family to the Community Security Trust, which advises Britain’s Jewish community on security issues, according to the Mail.

“This would be highly offensive in any circumstance, but to be directed at a pupil by a teacher is unheard of and makes it far worse,” Community Security Trust communications director Mark Gardner told the Mail. “We are working with all parties to resolve the matter.”

The school said in a statement: “North London Collegiate School is proud of its rich, multi-cultural history and celebrates equality and diversity within the school community. The school was recently made aware of an allegation of an offensive statement made by a member of staff. The school promptly commenced an investigation. Having reached a determination and sought specialist legal advice, appropriate action was taken.”