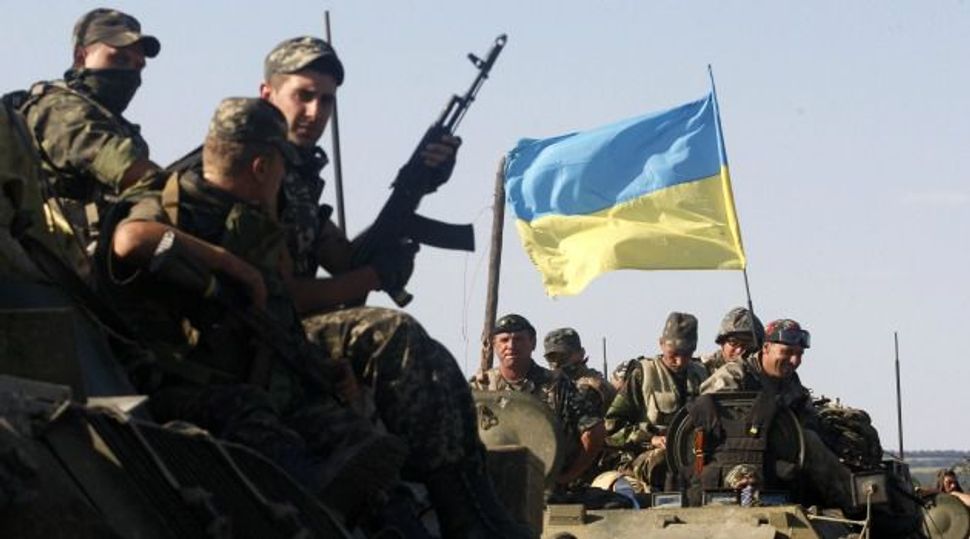 A Ukrainian Jewish man and his guard were killed during an armed attack in Donetsk, a local Jewish group said.

George (Eliyahu) Zilberbord, 47, was shot dead on Aug. 30 by men who raided the area around his home on the outskirts of the embattled city, where pro-Russian separatists are fighting with Ukrainian government troops, the Vaad Association of Jewish Communities and Organizations of Ukraine said in a statement.

According to Vaad, the men responsible for killing Zilberbord, a 47-year-old businessman and member of the local Jewish community’s board, were militants who had decided to loot homes in the victim’s neighbourhood.

“Militant bandits came to rob a cottage house, and George, along with the head of security, came to them to try to negotiate and, as a result, both were killed,” the Vaad wrote. The security professional was not named in the statement. Zilberbrod was buried in Kiev on Monday at a funeral attended by several hundred people.

The Vaad under Josef Zissels has been a vocal critic of the actions of pro-Russian rebels in Ukraine and of the intervention of Russia in Ukraine.