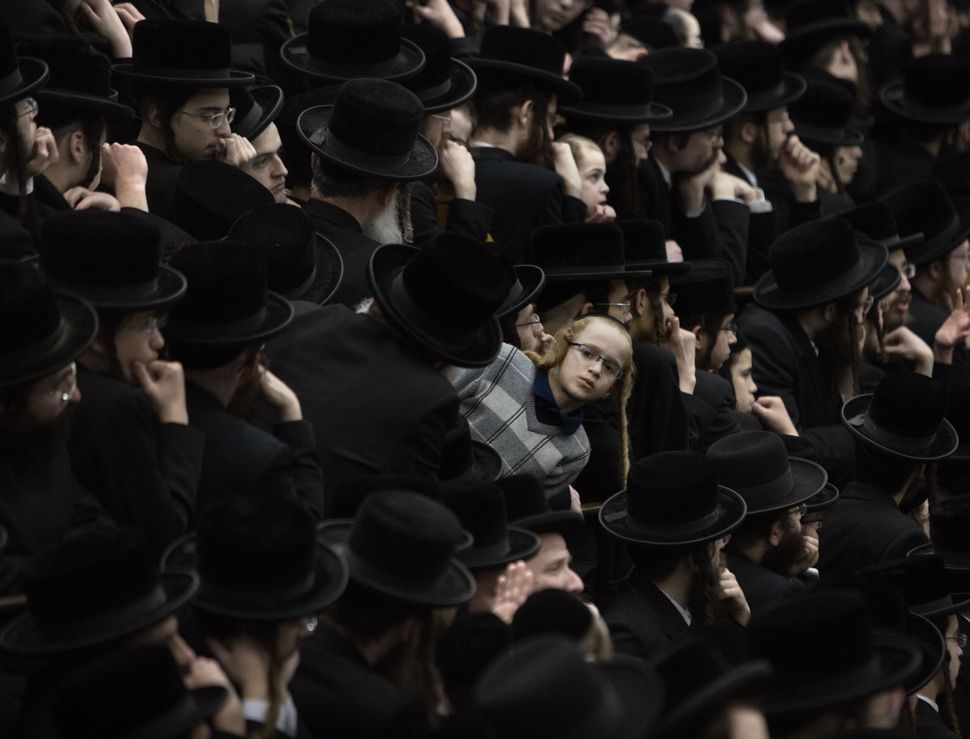 A group of ultra-Orthodox Jews in London have launched a fundraising effort to keep “pure and holy” children within the community and away from the “evil culture” of a secular parent, according to a report by The Independent.

he goal of the campaign is to raise £1 million to cover the legal fees of parents within the community who are in a custody battle with former spouses who have left ultra-religious Judaism.

Flyers for the campaign are posted throughout London’s Stamford Hill neighborhood, which is home to the highest concentration of ultra-Orthodox Jews in Europe and often draws parallels to Williamsburg for its mix of Hasids and hipsters.

The flyers encourage a minimum donation of £500 (about $650)for the Rescue the Children Convention. They depict a scroll stating that donations of £500 can be made in two installments over two years, and that those who donate £5000 or more will receive a “bill of partnership” and be considered important guests of the rebbe. 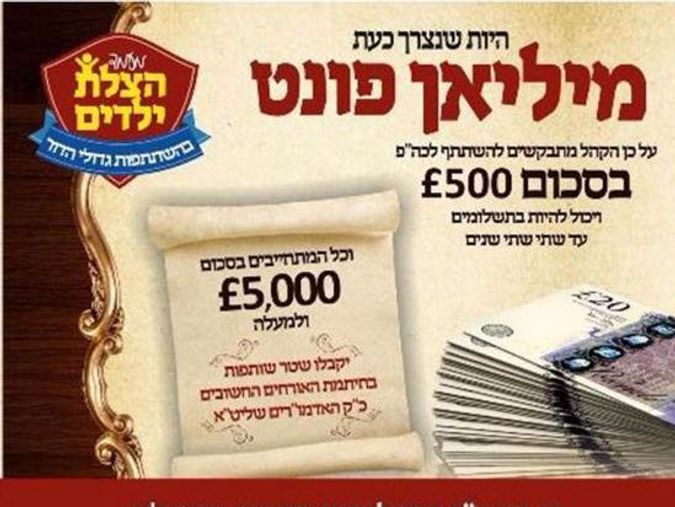 A flier in Stamford Hill encouraging residents to donate to the legal fund. Image by The Independent

A letter from a local rabbi that accompanies the flyers states that 17 children are currently at the center of custody battles.

“To our great pain, and our misfortune, our community finds itself in a terrible situation – 17 of our pure and holy children where one of the parents, God rescue them, have gone out into an evil culture, and want to drag their children after them,” the letter states.

According to a spokesperson for GesherEU, a non-profit group that supports people who wish to leave ultra-religious Judaism, the ultra-Orthodox community sees custody battles involving one secular and one religious parent as a major threat. The religious parent receives well-paid lawyers from the community, which will go to extreme ends to make sure the child stays with his or her religious parents.

In many of these cases, the mother wishes to leave the community but comes under intense pressure from the community to give full custody to the father.

“The religious parent will be [pressured] into filing for full custody and even lie in court so that the other parent is seen as ‘an unfit parent’ and lose custody/contact with their children,” the spokesperson said. “Often parents who leave will experience domestic violence as the religious parent will resort to threats and emotional and physical abuse to try and coerce their spouse to remain married and living within the Charedi community.”

The fundraising campaigns by the ultra-Orthodox community often create a major imbalance of resources in the custody battle. In an editorial,The Independent noted that certain judges are realizing this fact, and that the courts “may have to intervene with costs orders in future” so as to make sure there is a basic fairness in resource allotment for custody cases that come out of the ultra-Orthodox community.

In a 2013 case, the judge commented on the resource imbalance in the case in the ruling.

“The mother does not receive public funding, and pays the legal costs from her own pocket. The father’s legal costs are paid for by his community and by his parents,” the judge said. “This is a grossly disproportionate misdirection of the father’s available financial resources.”