Jack Greenberg, the Lawyer Who Used Law as a Weapon To Desegregate America’s Schools 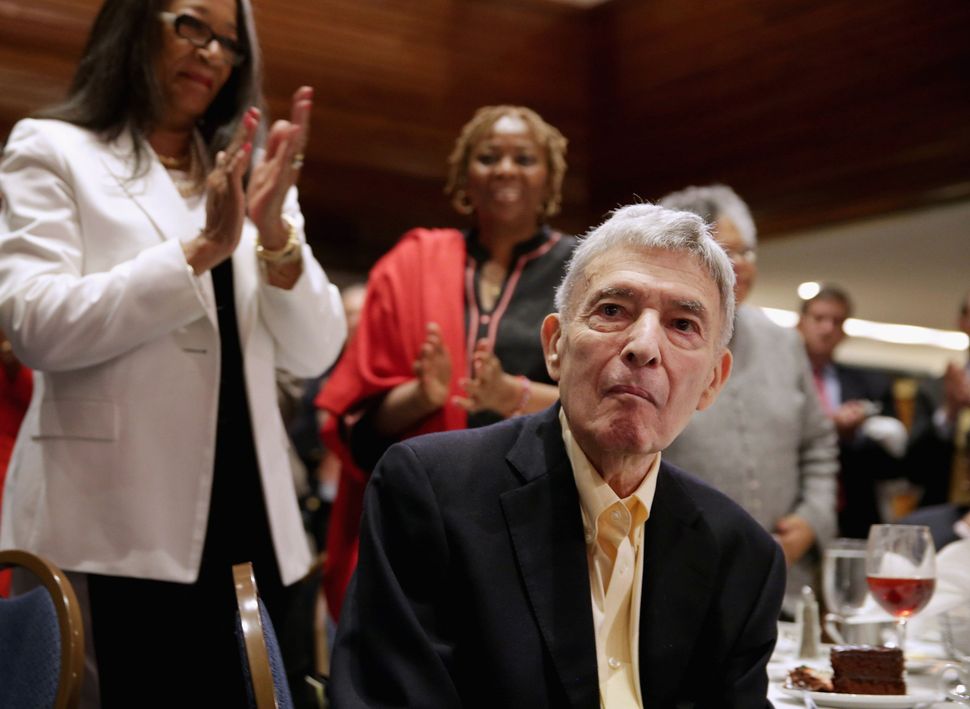 Honored: Attorney Eric Holder honors Jack Greenberg on the anniversary of the Brown Vs. Board of Education ruling. Image by Getty Images

Jack Greenberg, who died on October 12 at age 91, was more than just a fearless civil rights attorney who famously argued Brown v. Board of Education before the U.S. Supreme Court; he was also an admirer of Franz Kafka who applied his writings to historical experience of racial prejudice in America. The 1954 case, determining that state-segregated schools were unconstitutional, propelled Greenberg into the job of director-counsel of the NAACP Legal Defense Fund from 1961 to 1984, succeeding Thurgood Marshall.

In 1995, Greenberg told an interviewer about his first argument before the Supreme Court (he would ultimately argue forty cases there):

The first time I went into the Supreme Court — I am not a religious person and did not have a religious upbringing, but I felt as if I was walking into a synagogue and somehow I just didn’t have my skull cap on. My personal reaction was, for what it’s worth, that I was in a holy place; that was my gut reaction.

In the handful of lawyers working on the case, Greenberg would recall in a memoir that very few were white but almost all of those who were, were Jewish. One of the latter was Louis Pollak (1922 –2012), and both had shared common experiences as aspiring young lawyers in the postwar years:

Historically, I think, certainly up to this point, Jews were marginalized in the legal profession. I know when I went to law school, as graduation approached, you contacted the placement office [about] Jewish firms or non-Jewish firms. And you were not supposed to waste your time going to the wrong kind of firms. 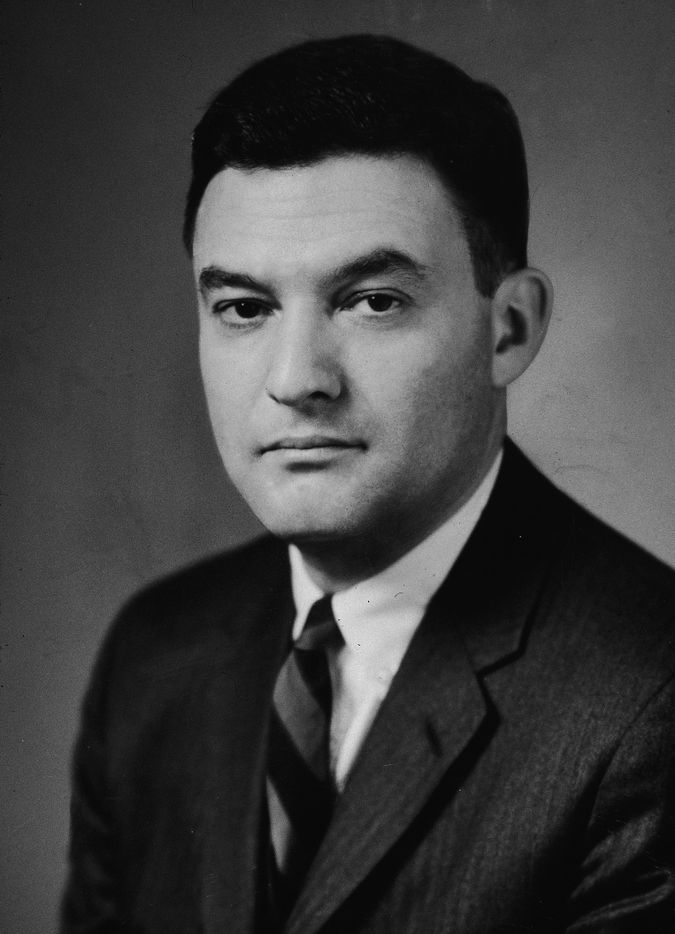 In his book “Crusaders in the Courts” Greenberg described Pollak, the son of Walter Pollak, a Jewish civil rights attorney who had defended the Scottsboro Boys, African-American teenagers falsely accused of rape in 1931:

There was no question that [Lou Pollak] would employ his considerable talents at something other than getting rich. Tall, thin, ascetic looking, but rarely without a smile, he came to civil rights not only by conviction, but by descent and marriage.

Greenberg equally admired his colleague Thurgood Marshall for his skilled approaches in the courtroom, as he recounted later:
[Marshall] later told me that during the argument he flashed the Masonic secret distress signal to [a Supreme Court justice,] who signaled back.

Despite lawyerly legerdemain and ultimately winning the case, Greenberg was frustrated to find that racists refused to implement the Court’s decision. In 2004 he told “The Baltimore Sun”:

Brown was a catalyst for the creation of the Civil Rights movement. It didn’t do it all by itself, but there’s no better evidence of that than the first Freedom Ride was scheduled to end in New Orleans on May 17. The Freedom Riders were essentially paying homage to Brown. And you talk to Civil Rights demonstrators and, yeah, they had Brown in mind. Rosa Parks was an official of the NAACP and they drank and breathed Brown. But more important, the Montgomery bus boycott came to a successful conclusion when the Legal Defense Fund, our office, filed a law suit to enjoin the enforcement of the Montgomery segregation laws. We won that case. And the entire Supreme Court opinion consisted of quote, Brown vs. Board of Education, unquote. 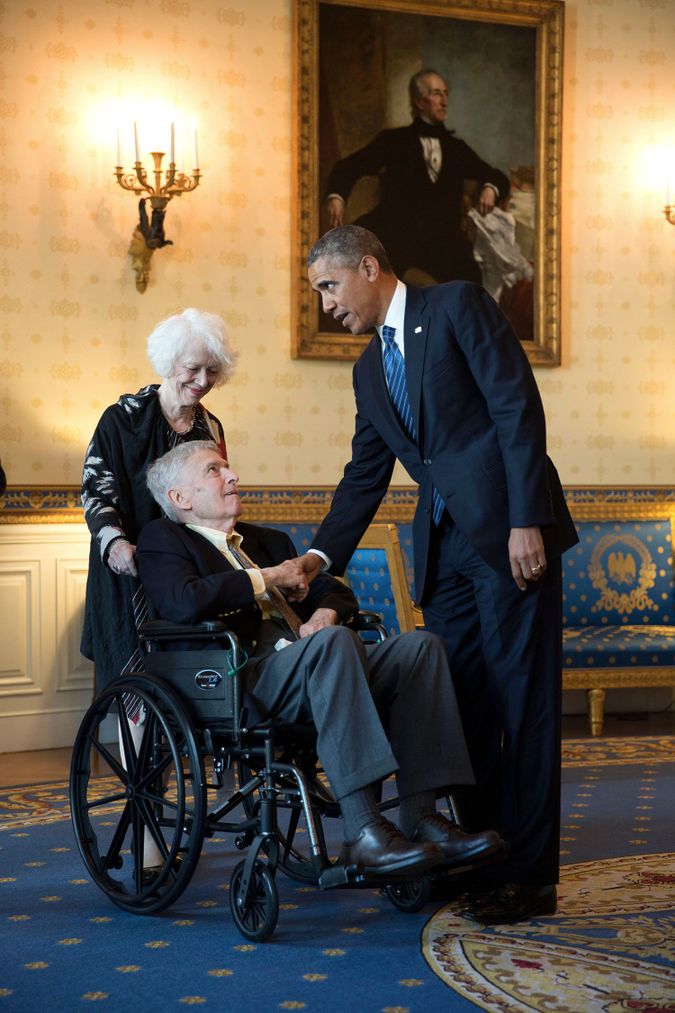 With painful slowness, progress was made, Greenberg continued:

One of the things that’s clear: There was not a place in the South where a black could get a Ph.D. There was one black medical school. There were no black law schools: Now there are 10,000 black law students. Ole Miss is now well integrated. [Brown] transformed the particular values of the country. It gave rise to equal rights for women, gays, Hispanics, elderly people, handicapped people. The whole notion of equality has become pervasive. It transformed the status of black people.

Greenberg was surprised by the racist violence that ensued before the law was enforced, but he was not intimidated by it. After wartime service in the U. S. Navy fighting at Okinawa and Iwo Jima, little ruffled him. Entering the Supreme Court for the first time to argue Brown, he also reflectedon his wartime experiences:

I was on a ship that landed on Iwo Jima in the first wave [February 1945]. That’s something that could be a pretty frightening experience. I just calmly did what I had to do. I just sort of stood there as somebody was firing a gun, couldn’t hear a word I was saying because it was making so much noise.

It was in the Navy that Greenberg first observed the injustices of segregation. Before then, James Jacob Greenberg, raised by a Polish Jewish father and Romanian Jewish mother, had learned sensitivity to poverty. Even so, he later admitted, he joined neighborhood urchins in throwing stones at a Chinese man, much to his subsequent regret.

Making amends out of a profound belief in the unfairness of racial discrimination, he would also argue other landmark Supreme Court cases, including Alexander v. Holmes County Board of Education (1969), which accelerated the end of segregated schools and Griggs v. Duke Power Company (1971), about employment discrimination. He also worked on Furman v. Georgia (1972) which led to a temporary moratorium on capital punishment in America.

While fighting the good fight in the law courts, he retained many other interests, including literature, which was manifested by “Franz Kafka: The Office Writings” which he coedited in 2008. This collection of professional texts written by Kafka as a lawyer with a Workmen’s Accident Insurance Institute, sparked some memories for the veteran civil rights combatant. In a chapter entitled “From Kafka to Kafkaesque” in “Franz Kafka: the Office Writings,” Greenberg wrote:

So penetrating was [Kafka’s] focus, and so widely has it resonated, that today his readers (and, indeed, those who have never read his works but to whom it has been described) now have the same reaction that Kafka had then. ‘Kafkaesque’ could apply to countless daily events, among them:
• political denial of manmade global warming;
• upholding the sentence of a death-row defendant after a trial at which his lawyer slept;
• appointing as head of family planning at the Department of Health and Human Services a person opposed to contraception.

He cites Karl Rossmann, the protagonist of “The Man Who Disappeared” also known as “Amerika”) who when registering at an employment office in Oklahoma, gives his name as Negro. Rossmann is thenceforth referred to as “Negro, a secondary schoolboy from Europe” or “Negro Technical Worker.” Greenberg asserts: “It is likely, of course, that Kafka, personally affected by anti-Semitism and deeply interested in Zionism, readily equated the two groups.” 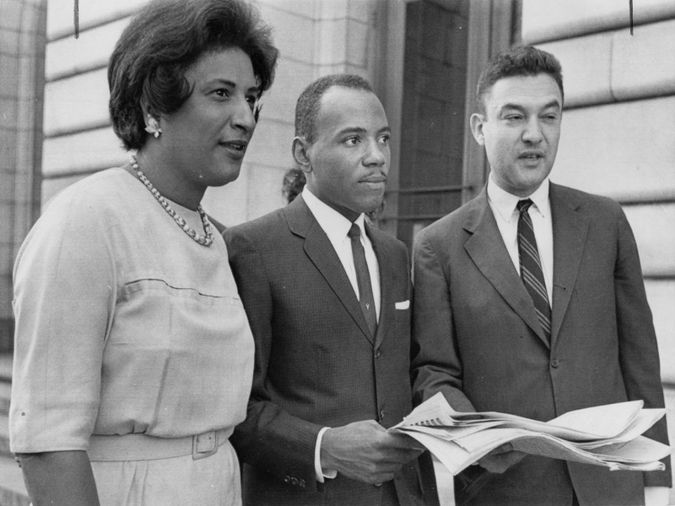 Greenberg adds that when the Court decreed that integration should occur with “all deliberate speed,” this too could be seen as Kafkaesque: “‘Deliberate’ can mean slow. ‘Speed’ connotes fast. A Kafka aficionado would find the impenetrable contradiction delicious. The ambiguity masked a complex maneuver to obtain a unanimous decision and the hope of fending off destructive Southern resistance. But the Kafkaesque quality was not then exhausted.”

Further protests from segregationists had occurred and not until 1969 was the approach of “deliberate speed” overturned. For Greenberg, African Americans who sought education in 1948, waited until the Brown decision in 1954, and then again waited until 1969 for it to be fully enforced, this last development was “Kafkaesque.” To evoke this feeling of suspension, when nothing occurred, even when action was being proclaimed in the civil rights dramas he had lived through, Greenberg cited Kafka’s parable “Before the Law”:

Before the law stands a doorkeeper. A man from the country comes to the doorkeeper and asks for admittance to the law. But the doorkeeper says he cannot grant him admittance now. The man reflects and then asks whether he will be allowed to enter later. “It is possible,” says the doorkeeper, “but not now.”

Jack Greenberg, the Lawyer Who Used Law as a Weapon To Desegregate America’s Schools