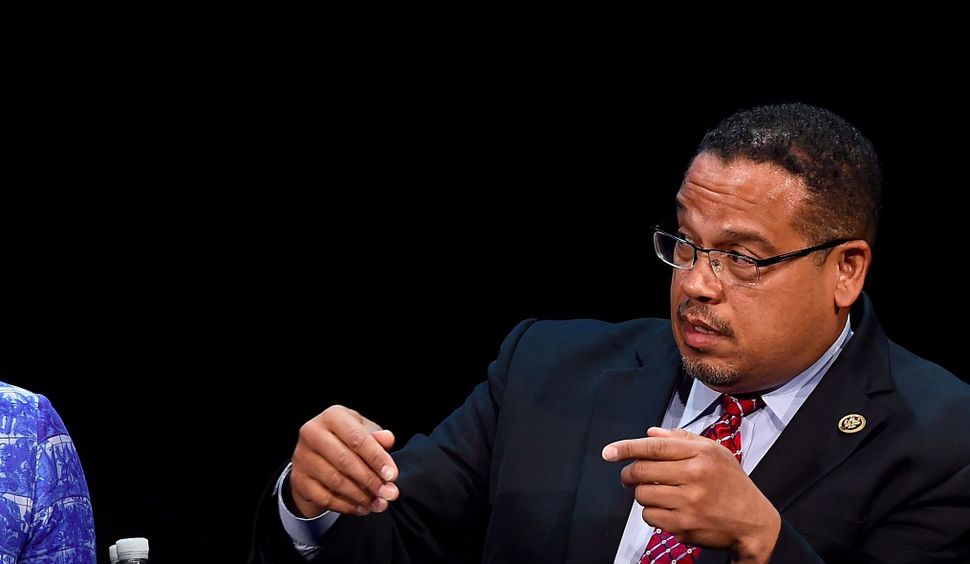 (JTA) — Some 300 Jewish community leaders have signed a letter in support of Rep. Keith Ellison, D-Minn., who is running to serve as head of the Democratic National Committee.

About 100 rabbis are among the signatories to the letter that was issued ahead of the DNC-sponsored regional candidate forum in Phoenix on Saturday. The letter states that it is not an endorsement of Ellison for DNC chair, but rather “a call to reject the unfair and baseless accusations some have leveled at him.”

The signers of the letter said they were adding their names to “share our deep alarm at the unfounded and dishonest accusations of anti-Semitism directed at Congressman Keith Ellison. As Jewish professionals, lay leaders and activists, we know that Keith forcefully rejects anti-Semitism and other forms of hate or discrimination. His commitment to inclusion and fairness are values that define the foundation of his public service and his vision for America.”

The letter also stated that Ellison has been unfairly accused of being not pro-Israel. “He is and has long been a friend of Israel, a champion of pro-peace policies, and an elected official whose thoughtful leadership has shown deep respect for Jewish values and the Jewish people,” the letter said. It added that Ellison has “demonstrated support for Israel and its legitimacy as the democratic homeland of the Jewish people throughout his career,” including voting for more than $27 billion in bilateral aid and assistance to Israel. It also noted that Ellison is a strong supporter of a two-state solution.

Ellison and outgoing Labor Secretary Tom Perez are widely considered the race’s front-runners. The election for DNC chair is scheduled for late February.