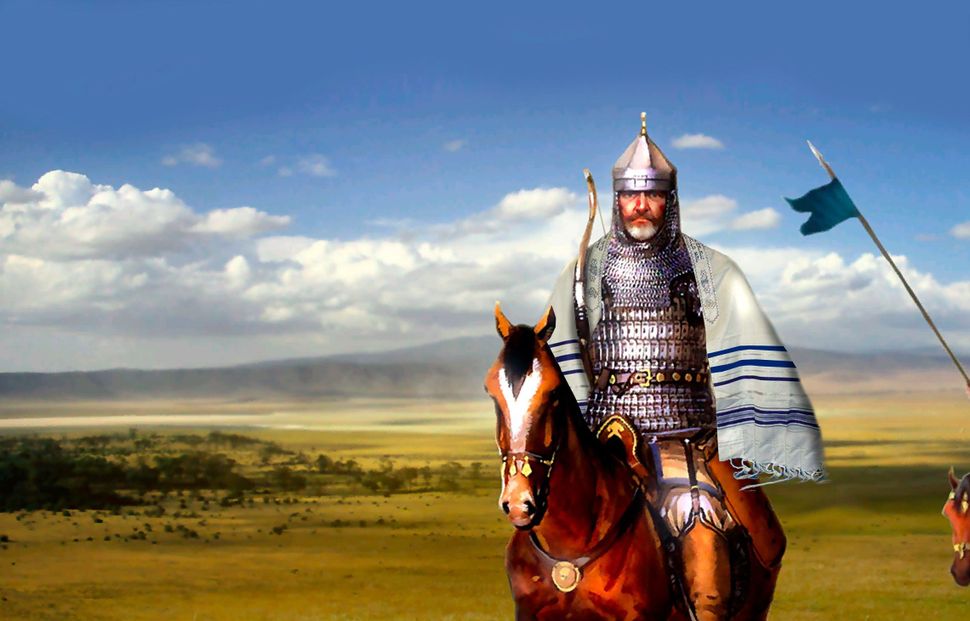 The genomics company 23andMe has retracted a statement made on the profiles of some users with Ashkenazi heritage that they may be descended from an extinct tribe from the Caucasus known as the Khazars, inadvertently wading into a political-genetic debate with far-reaching implications for Jewish identity and the Palestinian-Israeli conflict. The company said in a statement that it will remove any reference to the theory from its site.

23andMe, which offers direct-to-consumer genome testing services, sent out an email last week to customers, announcing updates to the genetic reports corresponding to different haplotypes, or genetic groups defined by certain DNA variations. The email promised that “a major update” of the company’s genetic history reports would help its customers “gain insights into fascinating and unusual details about your genome, details that set your story apart.”

One of the details in question? That a large portion of Jews may be descended from the Khazars, a semi-nomadic tribe in the Caucasus that was largely destroyed in 10th-century C.E. — and not from the Israelites of the Israel/Palestine area from several thousand years ago. This theory, known as the “Khazar theory,” has been discredited by geneticists all over the world.

“The origin of the Ashkenazi Jews has been traced back to a population of Jewish people living between the Jordan River and Mediterranean Sea before the Roman exile,” the report on the 23andMe website read. “However, research suggests that Ashkenazi Jews who belong to your haplogroup may descend from a single male who… may have been a member of the Khazars, an enigmatic Turkic tribe that lived in Central Asia, and that converted to Judaism in the eigth century A.D.”

Now, in response to inquiries from the Forward, 23andMe is saying the inclusion of the Khazar theory in the company’s latest genetic report — one of many released to customers on Friday — for some Ashkenazi Jews was “an error.”

“We apologize for this material not being struck from the reports before they were released to customers, which should’ve happened in the editing process,” Andy Kill, a spokesman for 23andMe, wrote in an email. “We do not endorse ‘Khazar theory,’ and are removing any language referencing the theory from the product today.”

As of Tuesday evening, Kill said 23andMe would note the removal of the Khazar theory on the profiles of the users it was sent to. The company had not yet determined if it would issue a public apology or a press release about the inaccuracy of the report.

The company also did not release the number of people who received the report. The haplogroup in question — called variously R-M512 and R1a — is present in about 50% of Jews who descend from the tribe of Levi.

But questions remain: Why didn’t 23andMe realize that the Khazar theory is widely discredited? How many of 23andMe’s customers received this inaccurate “update”? And does the company know what the political motivations of the theory are?

Andrew Golden, a 23andMe customer who noticed the Khazar theory’s prominent place in his latest genetic report, said he was “surprised” to see the discredited theory presented as a real scientific possibility.

“It certainly phrased it as being as likely as anything else that [the Khazar theory] is reality,” he said.

Golden said he first encountered the Khazar theory in college, where he thought it was a “neat idea” — until he learned that “it had no strong basis in history,” and had been used by anti-Semites to delegitimize the Jewish connection to Israel.

“There are times that because of politically difficult realities you should make sure that it’s a bit more than conjecture before you throw it all out there,” he added.

The Khazar theory, espoused variously by Jews, neo-Nazis and supporters of the Palestinian cause, has most recently been championed by Eran Elhaik, an Israeli-American genetics researcher. Elhaik’s analyses drew from the genetic data of 367 self-reported Ashkenazi Jews. A 2013 study drawing on over 1,700 samples from 106 Jewish and non-Jewish populations and co-written by 30 geneticists refuted the Khazar theory.

Elhaik has also claimed that Yiddish, a language widely understood to be a composite of Hebrew, German and Slavic languages, has its origins in eastern Turkey and not in Germany.

A screenshot of one user’s 23andMe profile containing the reference to the Khazar theory of Jewish ancestry. Image by 23andme.com

While the theory that Jews are descended from Khazars has been discredited, many historians think that the aristocracy of the Khazar empire did in fact convert to Judaism in seventh-century C.E. However, some researchers have questioned the validity of the historical evidence often cited when detailing the Khazarian King Bulan’s obsession with, and eventual conversion, to Judaism.

“The stakes were that it was political, because if Ashkenazi Jews don’t descend from people from the Middle East, then their Zionism is scientifically discredited,” Steven Weitzman, professor of Jewish history at the University of Pennsylvania and author of “The Origin of the Jews: The Quest for Roots in a Rootless Age,” said of the Khazar theory controversy.

Perhaps the most famous use of the Khazar theory was by Shlomo Sand, an Israeli historian, in his book “The Invention of the Jewish People,” published in English in 2009. Sand’s book was widely criticized for ignoring DNA evidence that supports a lineal descent of Jews from an ancient population in the modern-day Land of Israel.


Harry Ostrer, a geneticist and author of the book “Legacy: A Genetic History of the Jewish People,” told the Forward in August 2016 that Elhaik did not meet basic policies for sharing data among genetics researchers pursuing the same subject matter. Ostrer also said that Elhaik had an “anti-Zionist agenda” with his work.

Ostrer said that the main problem with the Khazar theory was that it was impossible to prove. There is no known group of people that descends directly from the Khazars: When the Khazar empire was crushed, its people fled into Europe, Asia and the Middle East, blending in with the local populations. Genetic samples from known Khazar descendants would be needed as control samples to confirm that some Ashkenazi Jews have Khazar ancestry.

“The question is, ‘Could they have mixed with Ashkenazi Jews?’ Yes, that is possible,” Ostrer said. “Were they the founders of Ashkenazi Jews? No, that is not possible. The evidence supports shared origins of European Jewry. That has to be accounted for.”

Eighty years after the Holocaust, in which about 6 million Jews were killed in the name of purifying the Aryan “race,” the business of direct-to-consumer genetic testing is booming, and it’s never been cooler to spit in a sterile plastic tube. Ten years ago, 23andMe started holding “spit parties” at New York Fashion Week to get publicity. Now the company has a valuation of over $1 billion. People who use genome testing services routinely post videos on YouTube of themselves learning their ancestry in real time.

23andMe does not try to isolate a “Jewish” gene — just Ashkenazic genes. 23andMe lists “Ashkenazi Jewish” as a reference population within the larger European population. Ancestry.com calls Jewish genes “European Jewish.” Sephardic Jews are not considered a distinct population by either company, or by researchers — their genetic make-up is not sufficiently different from surrounding North African, Iberian and Greek populations. Ashkenazic Jews often find themselves in the peculiar situation of being 90% Ashkenazi Jewish and 99% European. Sephardic Jews may be told they are mostly Middle Eastern and North African and less than 10% Ashkenazic.

Yet even as many Jews flock to 23andMe to learn more about their genetic ancestry, the company’s inadvertent endorsement of an unscientific theory might cause them to think twice about accepting its genetic reports as fact.

“It sort of assaults your sense of self a little bit,” Golden said. “Let’s be careful with things that are totally unprovable.”