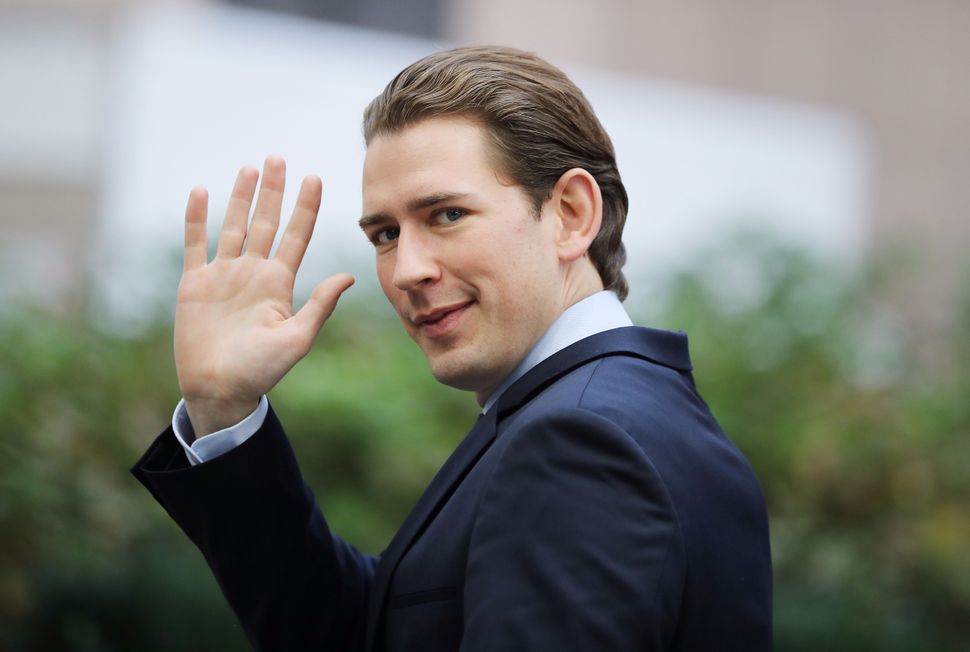 (JTA) — Austrian Chancellor Sebastian Kurz vowed to prioritze “combating anti-Semitism in all its forms” in his first speech since taking office.

Kurz, 31, spoke Wednesday amid warnings by several Jewish groups that the rise of Kurz’s coalition partners — the far-right, anti-immigrant Freedom Party — could foster a rise in anti-Semitism.

“We will determinedly combat anti-Semitism in all its forms — those already existent but also imported into our country as an essential duty of our government,” AFP quoted Kurz as saying in Vienna in a reiteration of earlier statements.

The baby-faced Kurz has been ridiculed as “Baby Hitler” for his coalition partnership with the Freedom Party.

Freedom Party leader Heinz-Christian Strache, the new vice-chancellor, has also repeatedly said his party does not and will not countenance anti-Semitic rhetoric and will expel any member caught engaging in it.

The Jewish Community in Vienna has called on Kurz to resist a coalition with the Freedom Party, calling Strache’s pledges a “façade.” The Freedom Party came in second to Kurz’s centrist OVP party in the general election in October.

In November, Freedom Party lawmakers in parliament were the only ones who declined to rise in commemoration of the Kristallnacht pogroms in 1938, in which Jewish-owned shops and homes were destroyed in a coordinated campaign of persecution in Germany and Austria.