It’s Time for Dialogue With Hamas 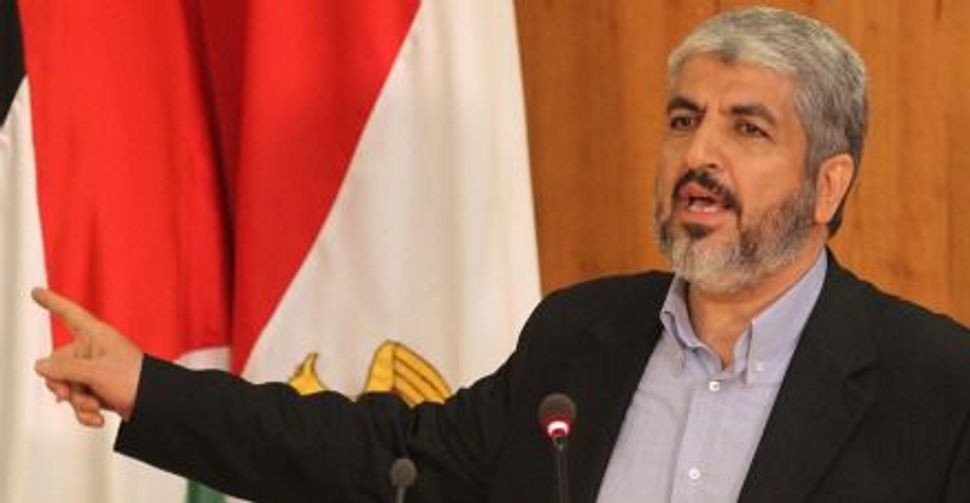 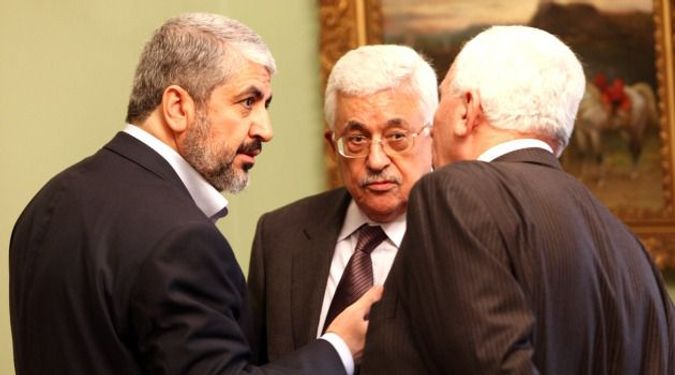 Talking With the Enemy: There was a time when talking to PLO leaders was deemed treasonous by many Jews. We gained by negotiating peace with Yasser Arafat and we will also gain by talking to Hamas. Image by getty images

More precisely, I had declined an invitation to join what turned out to be a five-person delegation of American Jews who flew to Stockholm to meet with Yasser Arafat. I had cogent reasons for demurring, but I applauded the gumption of the five who went, and was pleasantly surprised that their meeting was, according to all the reconstructions of the history of the time, an important milestone in the pursuit of a still-elusive peace.

The Swedish government had orchestrated the encounter, reasoning that without a bold initiative, there would be no change in the long-standing American policy of refusing to enter into a dialogue with the PLO. The US had insisted that such a dialogue could take place only if the PLO accepted Israel’s right to exist, renounced terrorism and proclaimed its support of the two key UN resolutions — 242 and 338 — that set the framework for negotiation. Arafat had in various ways been sidling up to the requisite statement, but the Americans remained dissatisfied.

It was then, in November of 1988 — the first intifada still raging — that the Swedes arranged for Stanley Sheinbaum, a well-connected Los Angeles economist and political activist; Rita Hauser, a highly-regarded Republican attorney and chair of the American branch of the Institute for Middle East Pace, along with Drora Kass, executive director of the IMEP’s American branch, to meet in Stockholm with a delegation of PLO leaders. That meeting led, just weeks later, to the meeting with Arafat himself.

The meeting ended with a joint statement asserting that the Palestinian parliament in exile had “accepted the existence of Israel as a state in the region” and a convivial press conference, in the course of which Arafat said ”We accept two states, the Palestine state and the Jewish state of Israel.” [Because the big news was the recognition of Israel, no one paid particular attention — nor, to the best of my knowledge, has anyone in the current ongoing debate made reference — to Arafat’s explicit endorsement of Israel as “the Jewish state.”]

Still, it was only after six more days of hemming and hawing and backing and forthing that Arafat held a press conference and said all the requisite magic words, begetting a positive American response and the beginning of a process that led, five years later, to the Oslo Accords.

Why recount these details now? Because the reaction of the mainstream American Jewish community, as also of Israel, at the time was bitterly critical. Yet, as Gidon D. Remba, executive director of the Jewish Alliance for Change, observed in a detailed posting, there are prominent people “from Israel’s security, intelligence and diplomatic establishment who argue that Israel must, in its own best interests, initiate a pragmatic dialogue with Hamas, dropping counterproductive pre-conditions which, had they been adopted with other Arab parties, would have prevented any peace talks — and peace treaties — from coming to fruition (think Egypt and Jordan, and the peace talks with Syria in the 90’s, which laid the groundwork for what may be a future Syrian-Israeli peace treaty). On this view, the most solid foundation for Palestinian-Israeli negotiations is one that co-opts Hamas into the process.”

In 1975, calls for an Israeli dialogue with the PLO were anathema to the organized American Jewish community, much as calls for talks with Hamas are today. Comes my dear friend, Kathleen Peratis, a sometime oped contributor to the Forward, and reports on conversations she had in early November with Hamas officials in Gaza, conversations she reports on in columns in the Forward and the Nation, conversations meant to give us insight into the current thinking of Hamas, and her columns beget abuse.

Is it really better that we not know what Hamas is thinking? There is, in fact, ample precedent here. As Remba observes, to oppose any such contact is to misunderstand “the vital role which ‘independent’ third party intermediaries often play, usually with the covert approval of governments, in facilitating peace talks between enemies, who require preliminary explorations of the possibilities to be conducted at arms length by unofficial interlocutors. Third party intermediaries enable political leaders to explore the viability of a formal negotiation process with reduced risks.” And Peratis in fact does not come anywhere near calling for talks or acting as a “third party intermediary.” A professional lawyer, she asks questions and records and reports answers. Good stuff, but no big deal. The big deal would be to use blindfolds and earplugs, to rely on rumor and speculation, to insist on ignorance, to punish the messenger. To that, it is time to say “never again.”

It’s Time for Dialogue With Hamas