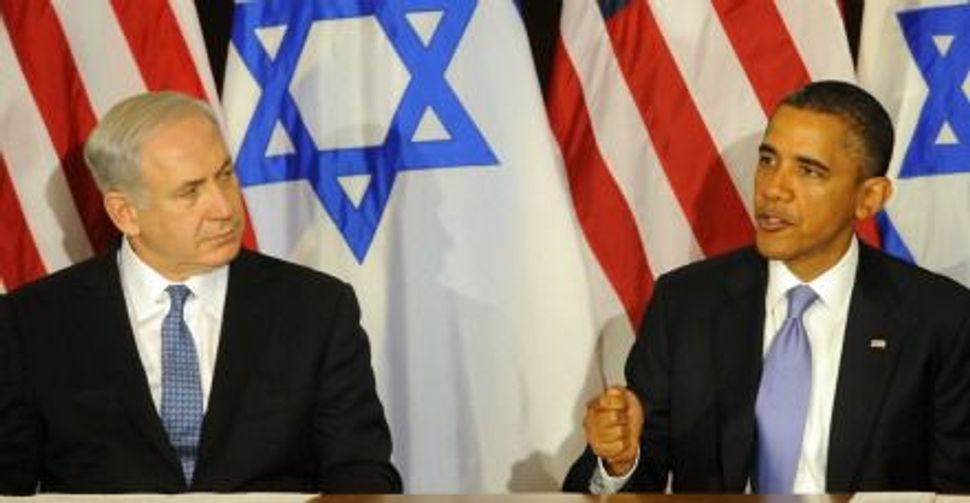 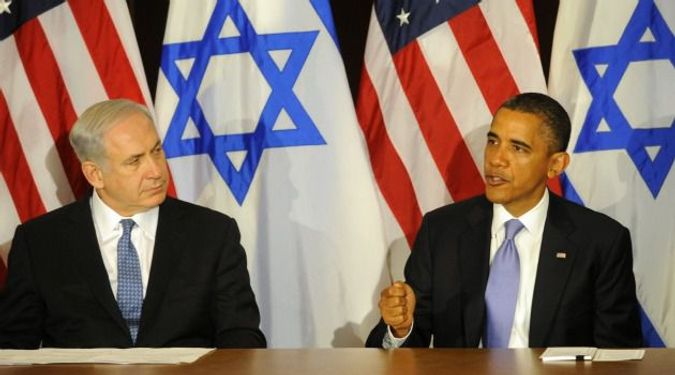 Wide Gulf: What divides Barack Obama and Benjamin Netanyahu is not so much policy on Iran. It?s a deep-seated distrust of one another. Image by getty images

As President Barack Obama and Prime Minister Benjamin Netanyahu prepare to meet in Washington March 5 to thrash out their Iran differences, observers everywhere are scrambling to sort out exactly what the two men disagree about and what can be done to bridge the gaps.

The answers, surprisingly, are: not much — and not much. What separates them is not serious disagreement, but deep distrust. And that’s not easy to fix.

Histrionics aside, the two leaders agree on most essentials. Iran is indeed working toward a nuclear weapon, as the International Atomic Energy Agency confirmed in a report last November. If it succeeds, the strategic consequences for both Israel and the West would be devastating. European diplomats involved in the discussions say Iranian nuclear success in the face of American objections would destroy not just American but Western credibility in the Middle East. It would force moderate Arab countries into Iran’s orbit, upend the global energy market and spark a dangerous regional nuclear arms race. Israel, America and key allies like France and Britain all concur that no preventive measure should be ruled out, including a military strike if all else fails. This isn’t an Israeli fantasy, the diplomats insist.

And, significantly, they all agree that an American attack would be far preferable to an Israeli one. If America attacks, Egypt, Turkey and Saudi Arabia will enthusiastically support it. If Israel attacks, they’ll feel forced to oppose it. Moreover, Israel could well end up in trouble — unable to finish the job, perhaps even embroiled in a regional war — that would drag America in anyway, but with its Arab allies lined up against it. Best if Washington handles it from the get-go.

Significantly, too, there’s a cautiously growing assessment among the Israeli, American and European intelligence communities that an attack won’t trigger the cataclysmic Iranian response depicted in the worst doomsday scenarios. The consensus is that Iran’s leadership is too rational to commit suicide by launching a nuclear attack on Israel that would trigger an Israeli nuclear response. By the same token, diplomats say, Iran is too rational to unleash a doomsday retaliation if its nuclear labs are destroyed. It will make its anger painfully evident, but not so painfully that it risks regional conflagration, American invasion and regime change.

So what’s the problem? Basically, Washington and Jerusalem — specifically, Obama and Netanyahu — don’t trust each other. Washington wants an Israeli commitment to let sanctions play out before unleashing the F-16s. Israel won’t promise. Israel says if it waits much longer, Iran will fortify its main nuclear facilities too strongly for Israeli munitions to penetrate. At that point only the U.S. Air Force will have the capacity to knock them out. Israel wants assurances that America will do the job later if sanctions fail. America won’t promise.

Similar gamesmanship underlies the disagreement over how late is too late. Both sides agree that Iran is a half-year to a year away from having the pieces to make a bomb, and needs at least another year after that to assemble the device. In Washington’s view, that leaves perhaps two years of wiggle room. Israel says no: The red line is crossed when the pieces are ready. After that, we’re sitting on a tinderbox. Washington’s answer is, essentially, trust us.

Such childish squabbling is highly unusual in long-term U.S.-Israeli strategic relations, but it’s been the norm between these two leaders. Sworn in within weeks of each other in 2009, each represented a radical departure from the administration he succeeded, and neither has fully forgiven the other for abandoning his predecessor’s path.

Israelis and their most vocal American supporters are seldom shy about expressing their mistrust of Obama. Democrats’ complaints about Netanyahu aren’t as theatrical, but few have forgotten his dalliances with congressional Republicans and the Christian right at Democrats’ expense since the Clinton administration. Some in Obama’s 2008 presidential campaign suspected the hand of Netanyahu’s Likud in the lurid attacks on the candidate’s patriotism and legitimacy; Obama as much as said so that February in Cleveland when he complained about accusations of being anti-Israel “unless you adopt an unwavering pro-Likud approach.” That, in turn, infuriated his foes on the right. To this day, some Obama allies claim they can’t tell when Netanyahu is pressing Obama out of concern over Iran and when he’s simply helping his Republican friends.

According to a recent Newsweek article, Israeli leaders were impressed in July 2008 with visiting senator Obama’s grasp of the Iran issue. Then-opposition leader Netanyahu, however, was reportedly “troubled” that Obama spoke in terms of “broader non-proliferation policy” rather than “specifically about Israel’s security.” The mistrust grew as president and prime minister clashed over Israeli settlements and borders. It peaked in June 2011, when Israel stopped sharing Iran intelligence with Washington for four months in pique over Obama’s “1967 borders” speech in May. Obama, for his part, believed Netanyahu had deliberately distorted his position on borders, which was no different from previous presidents.

The same goes for Obama’s approach to diplomacy and sanctions. Netanyahu’s allies in Congress have long accused the president of softness on Iran and demanded quicker, tougher sanctions. Obama’s allies say that distorts the president’s position and ignores his achievements. Unilateral American sanctions haven’t worked. Obama insisted on exhausting every diplomatic possibility, then imposed sanctions in stages. That way, they say, he’s managed to bring the rest of the world along, even a half-hearted Russia and China. The result: truly crippling sanctions that have Tehran in a panic, making wild threats and launching half-cocked terror attacks whose main victim so far is an Iranian agent who blew his own legs off in Bangkok.

If and when Obama orders an attack, allies say, he’ll do it the same way, waiting until he’s won the broadest possible international consensus that no other path was possible. Can Israel wait that long? We’ll soon find out.