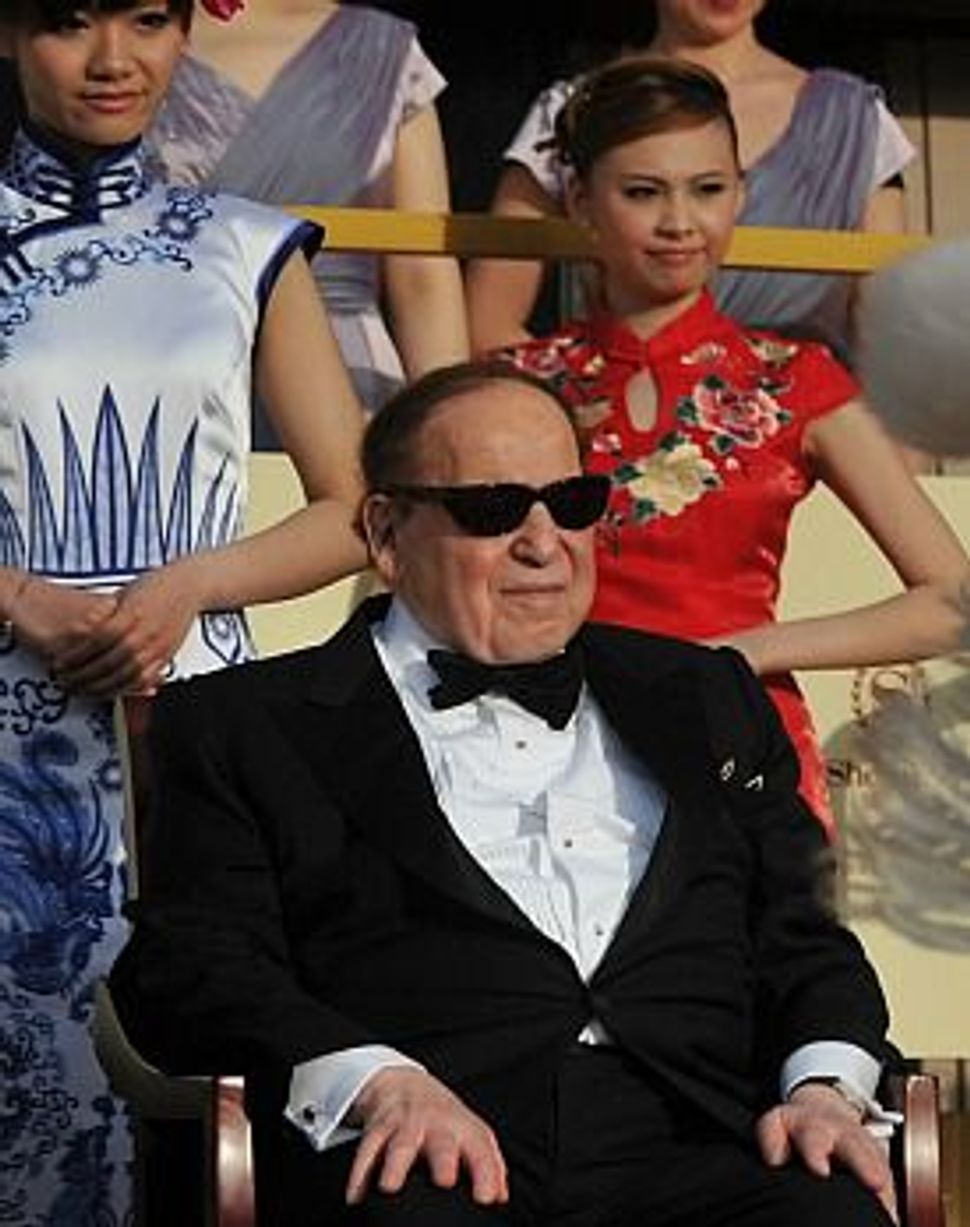 Sheldon Adelson has filed a libel suit against the leadership of the National Jewish Democratic Council over a claim that Adelson condoned prostitution at his casinos, Bloomberg News reported today.

The $60 million complaint, filed in federal court in New York, named the NJDC, CEO David Harris, and chairman Marc Stanley, according to Bloomberg.

Adelson claimed that a statement posted on the NJDC website alleging that Adelson had approved of prostitution at his casinos in Macao amounted to libel. The suit demands $10 million in compensatory damages and $50 million in punitive damages.

The NJDC received heavy pushback from establishment Jewish groups over the statement, which called on Mitt Romney to stop accepting Adelson’s donations. The group pulled the statement and a related petition in mid-July, a week after it was posted online.

In a statement issued today, the NJDC said that the organization planned to fight the lawsuit. “”We will not be bullied into submission, and we will not be silenced by power. This is not Putin’s Russia, and in America, political speech regarding one of the most well-known public figures in our country is a fundamental right,” the group wrote in its statement. “To be sure, referencing mainstream press accounts examining the conduct of a public figure and his business ventures – as we did – is wholly appropriate.”

Earlier this week, the Democratic Congressional Campaign Committee apologized to Adelson for its own similar allegation about prostitution at Adelson’s Macao casinos. According to reports, the apology came as the result of a letter to the DCCC from Adelson’s attorneys threatening a lawsuit.

The text of Adelson’s lawsuit against the NJDC could not immediately be obtained.