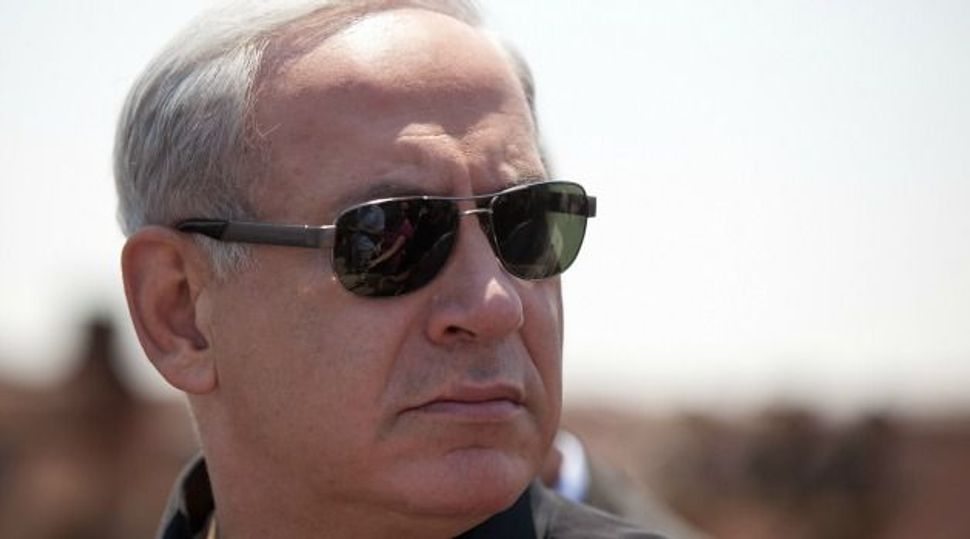 Bibi Cried Wolf? Benjamin Netanyahu is reportedly ready to order a strike against Iran. But the assumptions he?s making may be shaky. Image by getty images

Israel’s leading television news program, Channel 2 News, now informs us that Prime Minister Netanyahu and Defense Minister Barak are “on the brink” of approving an Israeli military attack on Iran.

Their thinking, as reported, hinges on two very iffy assumptions. The first is about America’s intentions. The Israeli leaders, we’re told, do not believe the United States will make good on its promise to prevent Iran from acquiring nuclear capability. In their view, President Obama will not want to mount an American attack before the November elections and will be reluctant to do so afterwards — and Mitt Romney, if elected, will not want to start his administration with so major an action. They may be right in that assessment, but it is inherently shrouded in uncertainty.

The second iffy proposition is that Iran is essentially on the verge of nuclear capability. Of predictions such is this, we’ve heard “wolf, wolf” so frequently in our time that we cannot comfortably accept them. This one seems plausible — but plausible is a long distance from probable.

What tilts Netanyahu and Barak towards accepting both propositions is the fear that if they guess wrong, it will be too late — and that “the price of an attack is far lower than the price of inaction.” “Too late,” in their view, is within view; it is when Iran becomes immune to damage from an Israeli strike.

Note, however, that the Channel 2 report may be yet another instance of disinformation, designed to throw fear, hence pliability, into the hearts and minds of the Iranian leadership. Further, it may be that the Israelis feel certain that were they to attack, even, say, in October, on the eve of the elections, the Obama administration could not and would not sit quietly on the sidelines.

If these observations are without merit, and an Israeli attack is indeed more or less imminent, then consideration must be given its military, diplomatic and economic effects. To begin with, Ehud Barak has predicted that Israel would suffer fewer than 500 dead from the expected rain of missiles launched in retaliation by Iran, Hezbollah and Hamas. That seems a preposterously low estimate, given Iran’s known missile capability, but the war planners are not comparing the number of casualties, whatever it may be, to no casualties; they are comparing it to the greater threat they perceive were Iran to get the bomb, were thereby any crisis to carry the potential of escalation to a nuclear confrontation.

On the diplomatic front, Netanyahu and Barak realize that an attack, especially one with many Iranian casualties, would lead to Israel’s international isolation, though we are told they do not anticipate a fundamental change in Israel’s relationship with the United States. The Channel 2 report claims they think that preferable to Israel’s humiliation and the reduction in its deterrent power were it to sit by as Iran becomes a nuclear power. Finally, an Israeli attack would quite likely lead to a gigantic rise in oil prices, this when the world economy is in such a precarious condition. But even that would be preferable to a nuclear Iran, which would bring foreign investment in Israel to a halt.

Does all this make sense? In a perverse way, yes — with one crippling reservation. Unless the Israeli military on its own were able to score a quick and decisive victory in its attack on Iran — and no one can confidently predict such an outcome — the entire rationale for an Israeli attack is that the Obama administration, whatever its misgivings, would have to join in the attack. Indeed, it is not far-fetched to think that the United States might quietly favor exactly such a scenario. Especially on the eve of a fateful election, America would have no choice. (Imagine, for example, what Romney would make of an American decision to remain on the sidelines.)

Channel 2 specifically says that is not part of Israel’s thinking. But it is so obvious that its likelihood cannot plausibly be denied. So far as we know, the Unites States has not said to Israel “you cannot count on us if you decide to launch unilaterally,” much less that “we will not join you.” Accordingly, an Israeli assault may be the Netanyahu/Barak way of forcing America’s hand.

The threat to Israel by Iran cannot be casually dismissed. The adequate utility of sanctions as a preventive has yet to be demonstrated. Still, if the logic of a unilateral Israeli assault is so compelling, how is it that, as reported by Nahum Barnea and Shimon Shiffer in Yediot Aharonot of August 10, “The entire professional echelon opposes [a unilateral Israeli] operation, from chief of staff Benny Gantz, through IDF chief of operations Amir Eshel, IDF chief of military intelligence Aviv Kochavi and the rest of the members of the General Staff, Mossad chief Tamir Pardo, Shabak chief Yoram Cohen, and beyond them a majority of the octet” [the eight-member inner cabinet]? They know no less than Netanyahu and Barak know — but much more than we do.