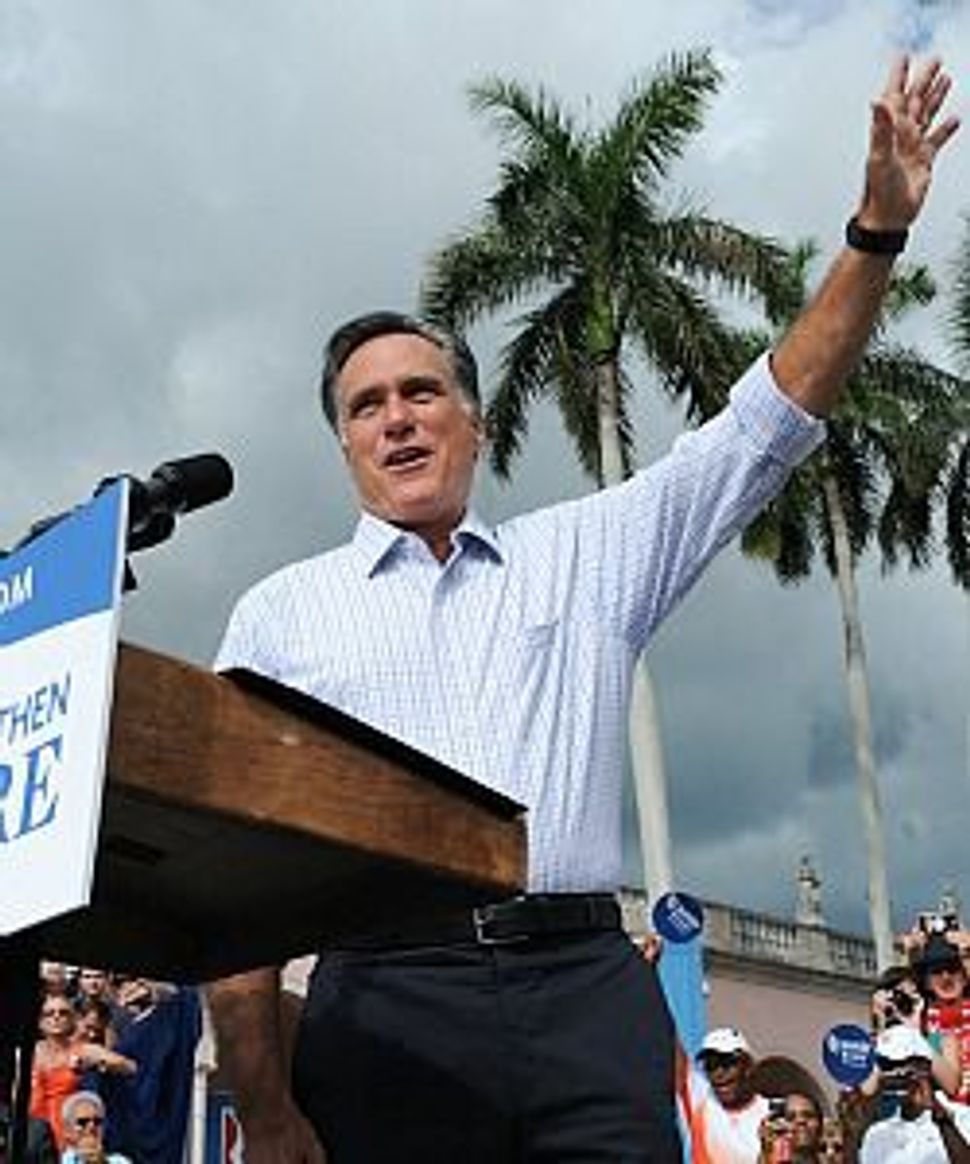 The American Jewish Committee’s poll of Jewish voters in Florida which was released on Thursday, had something for everyone.

Democratic Jews hailed the findings as reaffirming Obama’s strong support among Jewish voters. The Republican Jewish Coalition, at the same time, issued a statement saying the AJC poll shows “continuing erosion” in support for Obama in the Jewish community.

So how can Democrats and Republicans both be pleased by the same poll numbers?

The answer is in the baseline.

About 69% of Florida Jews told the AJC that they would vote Obama. The AJC, in a press release, compared this figure to Obama winning 76% of the Florida Jewish vote in 2008. (The group did not state the source for this figure. Exit polling data puts national Jewish vote for Obama in 2008 anywhere between 74% to 78%.) The AJC release would suggest a decline in support for the president, which would explain why Republican Jews are cheerful.

But Democrats claim that’s the wrong way to read the numbers. “Such a comparison is equivalent to comparing apples and oranges, since the polls were conducted at different times in the calendar—and because there are (generally) no undecided voters on Election Day,” the NJDC said in a press release.

The AJC poll had 5% of Florida Jews describing themselves as “undecided”, with two months to go to the elections. There are different ways of breaking down this figure, but, according to Democratic pollster Jim Gerstein, “undecideds in base groups tend to break more toward the candidate for their party,” and, he added, “Jewish voters are a base Democratic constituency.” This would suggest that most of the 5% undecided will vote for Obama, come election day.

Another way is to look at how the undecided lean. The AJC poll found three out of five undecided voters saying they lean toward Obama. Adding that to the calculation would make it a 72% to 25% lead for Obama among Florida Jews.

Of course, all this discussion could be meaningless altogether. The polling sample of 254 people has a 6% margin of error either way, making it practically impossible to hang the entire debate on whether Obama is loosing the Jewish vote on this poll. And none of this means either side is giving up.

Next to come is an RJC film titled “Perilous Times” in which, based on this trailer released Friday, includes interviews with Israeli experts arguing against Obama’s policy regarding Israel and the Middle East.