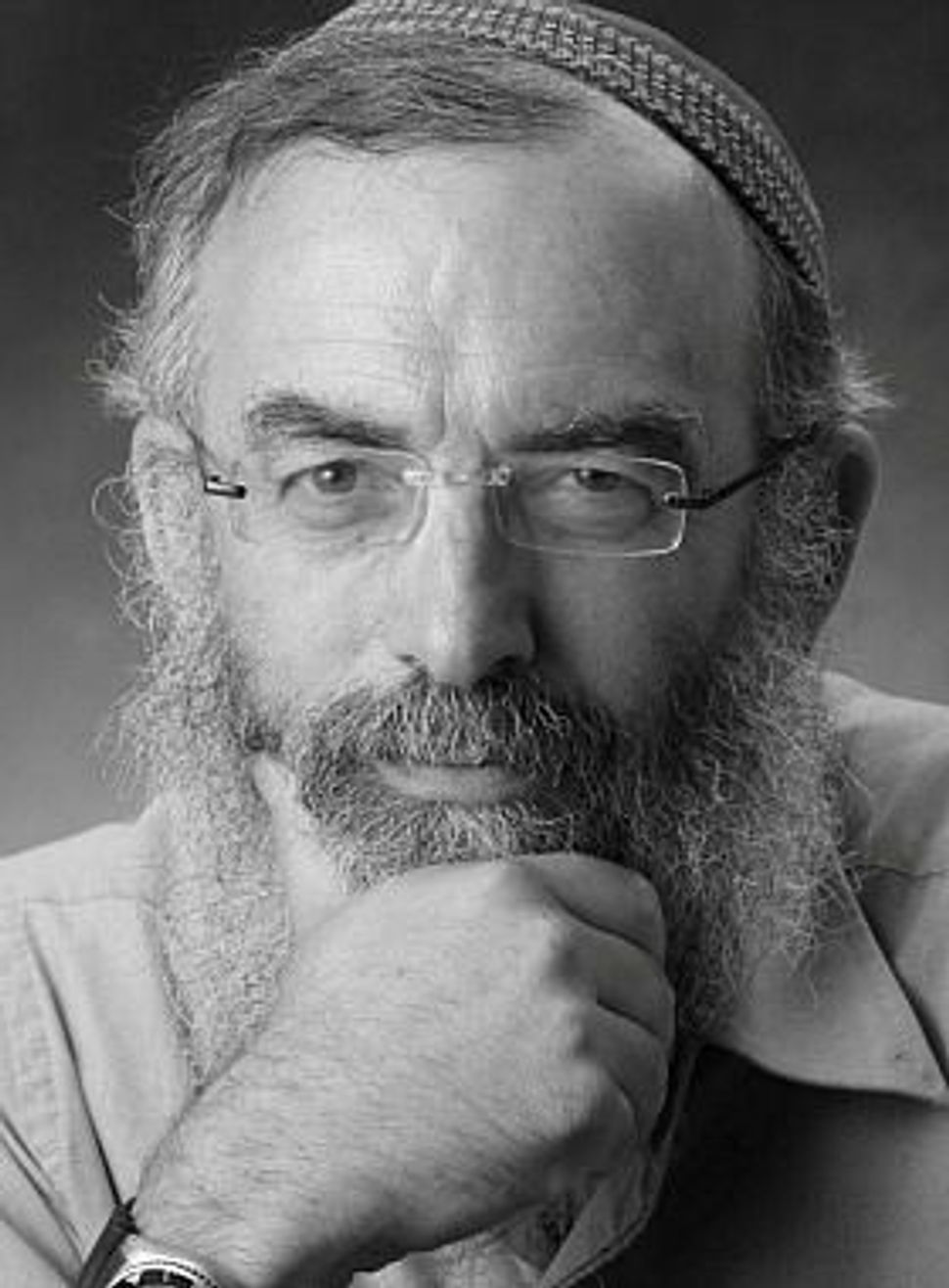 That fight within the Jewish Home party over nominations for chief rabbi has more to it than meets the eye. True, it opens up a fault line within the religious Zionist movement, between the liberal wing that backs Rabbi David Stav and the more religiously conservative wing that backs Rabbi Yaakov Ariel. But it’s also a test of Arye Deri’s authority in his new position as sole head of the Sephardic ultra-Orthodox Shas party. And that has powerful implications for, of all things, the peace process.

The internal fight within the Jewish Home has been building for weeks as leaders of the so-called Hardal wing (Hardal is an acronym for Haredi Dati Leumi—the mainly settler-based wing of the religious Zionist movement that’s moving more and more in the direction of Haredim on ritual matters) have been pushing back against party leader Naftali Bennett’s oh-so-cozy relationship with secularist Yair Lapid. The feud came to a head yesterday (Sunday) when a group of senior Zionist rabbis convened under the leadership of Rabbi Haim Druckman to endorse Ariel. This is reported to be part of a deal with Shas and its old-new leader, Arye Deri, under which Ariel becomes Ashkenazic chief rabbi and Shlomo Amar, a Shas favorite, gets an unprecedented second 10-year term as Sephardic chief rabbi.

The 150-member chief rabbinical council, which chooses the chief rabbis, has been controlled for decades by Haredim and has been moving further to the right on matters of marriage, divorce, conversion, burial and everything else under the rabbinate’s jurisdiction. This trend reached absurd proportions in 2007 and 2008, when Haredi rabbis began wholesale annulment of conversions officiated by special rabbinical tribunals under Druckman’s leadership. Those tribunals had been set up a decade earlier, after long negotiations involving the Reform and Conservative movements, aimed at easing the increasingly strict standards of conversion. (Basically, Haredi rabbis have a very high benchmark for judging whether the convert actually intends to live an Orthodox lifestyle—if not, the conversion is ruled invalid.) The annulments were finally overruled by Israel’s Supreme Court just last week.

At the other end, growing numbers of young non-religious Israelis have been choosing not to get married because of the unpleasantness of dealing with the Haredi rabbis who dominate the state rabbinate. Some go to Cyprus for a civil wedding, some ask a local Reform rabbi to officiate even though it has no legal status, and many simply live together.

Responding to the trend, a group of liberal Orthodox rabbis in 1996 formed Tzohar, a rabbinical union that performs user-friendly weddings. Since then Tzohar has been playing cat-and-mouse with the Chief Rabbinate, which requires couples to be married by the local municipal rabbinate in the town where they live. Tzohar is a national organization and sends rabbis around to work with couples wherever they live, using loopholes to get around the municipal registration requirement.

Last fall Tzohar supporters began mounting a campaign to boost the group’s CEO, Rabbi David Stav, for Ashkenazic chief rabbi. Not surprisingly, the campaign has aroused the ire of the current Chief Rabbinate. Stav has the support of Yair Lapid’s Yesh Atid party, Tzipi Livni’s Hatnuah party and Avigdor Lieberman’s Yisrael Beiteinu party, all of which are secular parties with a handful liberal Orthodox figures in the leadership of each.

The catch is that Stav is unlikely to win a majority on the Haredi-dominated Chief Rabbinical Council, which gets to choose the chief rabbis. Hatnuah’s Elazar Stern, a retired major general who is Orthodox and is closely identified with the liberalization of conversion (as chief of the IDF Manpower Division he enabled mass conversions for Russian immigrants who were technically not considered Jewish) has been pushing a bill that would add 50 new members to the council, including women members for the first time.

The nomination of Ariel by a group of religious Zionism’s most senior rabbis, including Druckman, Zalman Melamed and Dov Lior (Aharon Lichtenstein, noted political moderate and son-in-law of J.B. Soloveitchik, is said to be a member of the group though he didn’t attend for what are described as personal reasons) throws a monkey wrench into the works. If the reports of a deal with Shas are true (they’ve been denied by figures on both sides) then they’ve agreed on two legislative changes to move it through: one bill allowing a second term for Amar, the current Sephardic chief rabbi favored by Shas, and another bill removing the current age limit, 70, to allow the 76-year-old Ariel to run for Ashkenazic chief rabbi.

Ariel, it’s worth noting, is chairman of the Tzohar rabbinical council, though he’s ritually to the right of Stav. He’s also got more scholarly stature than Stav. Stav would be a far more activist reformer than Ariel is capable of being. Ariel ran for chief rabbi a decade but was beaten by the Haredi candidate, Yona Metzger, whose reputation for corruption, poor scholarship and accusations of sexual harassment was so glaring that many believed he was pushed forward in a deliberate attempt by the Haredi leadership to discredit the institution of chief rabbi, a central symbol of religious Zionism.

The Ariel nomination is a personal blow to Jewish Home chairman Naftali Bennett, who is at the extreme liberal end of the religious spectrum (though very right-wing on settlements and territories). Bennett has worked hard over the past year, with the blessing of the senior Zionist rabbis, to reunite the moderate and Hardal factions of religious Zionism under his leadership. He’s also laid a lot on the table to forge an alliance with Lapid and Yesh Atid in their challenge to Haredi separatism. A deal between the Zionist rabbis and Shas gives a big boost to the largest Haredi party, weakens the Bennett-Lapid alliance and potentially sets back the drive for Haredi integration in the army and the economy.

On the other hand, it gives a big boost to Deri, who was appointed sole chairman of Shas last week, dramatically ending 13 years in the political wilderness following his 2000 conviction on bribery charges. Rabbi Ovadia Yosef, the 92-year-old former Sephardic chief rabbi and religious mentor of Shas, had put Eli Yishai in Deri’s place following the conviction but unceremoniously dumped Yishai last week in favor of Deri.

Here’s the thing: Yishai is a hard-line hawk on settlements and territories and close to figures in the Likud. Deri is a dove who supports territorial compromise. He backed the Oslo Accords. He’s also a serious social-democrat. He has close ties to numerous figures in the Labor Party and is a longtime friend of Haim Ramon, the strongly dovish political fixer in Labor who helped found Kadima. Rav Ovadia has long supported land-for-peace, but his reliance on Yishai as his chief political operative has made that moot for a decade. Hawks and hard-liners within the Ashkenazic Haredi world are warning that the deal is laying the groundwork for a replacement of the Likud-Yesh Atid-Jewish Home government with a Likud-Shas-Labor government capable of cutting a deal with the Palestinians.