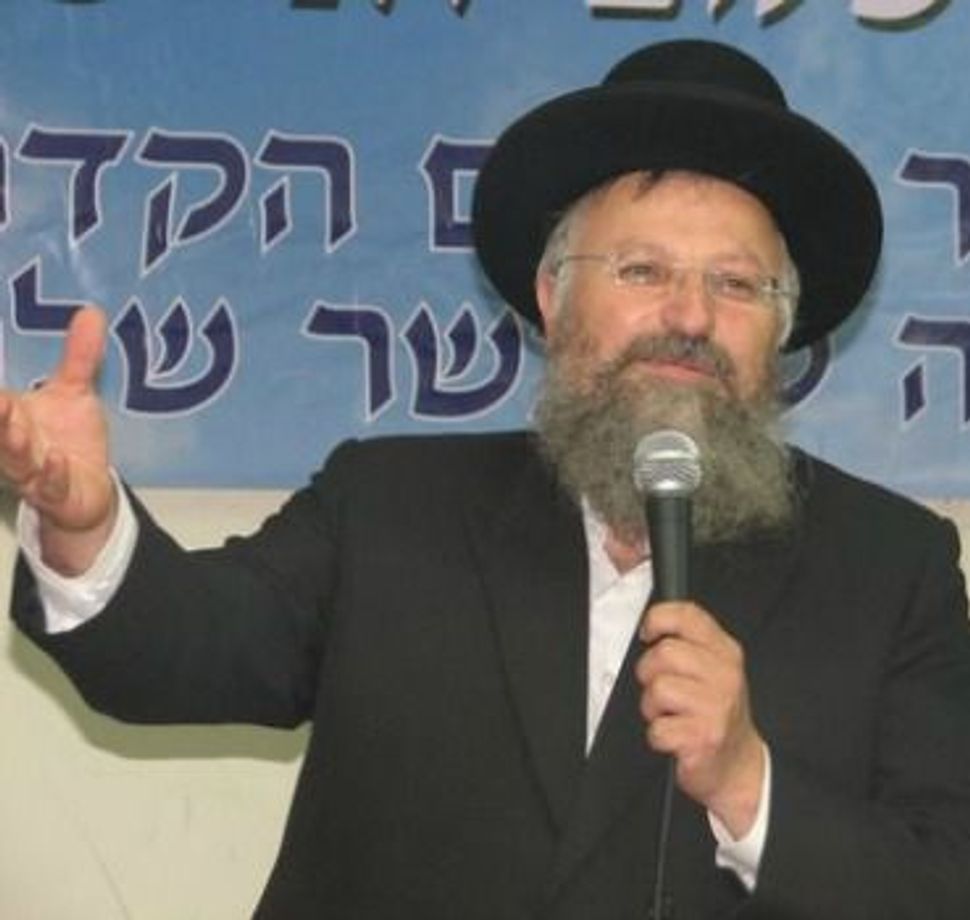 Now Eliyahu’s chief opponent, Rabbi Avraham Yosef, may be headed for his own legal troubles. Maariv reports that, Justice Minister Tzipi Livni has asked Weinstein to examine possible legal responses to a variety of Yosef’s controversial statements and rulings. (For a rundown of statements by Eliyahu and Yosef, see my blog post from last week, here.) Yosef is the eldest son of former Sephardic chief rabbi Ovadia Yosef, the spiritual mentor of the opposition Shas Party.

Six organizations, including the Movement for Quality Government in Israel and several women’s groups, have written to Weinstein to request that he summon Yosef for questioning and bar his candidacy for chief rabbi, Maariv reports. The paper quotes unnamed legal authorities saying that the request means Weinstein will be barred from defending Yosef if his case is appealed to the Supreme Court.

Separately, Maariv reports that a group of several dozen artists and intellectuals wrote today (Monday) to Prime Minister Netanyahu and his coalition partners Livni and Yair Lapid, urging that they take steps to expel the Jewish Home party from the coalition “in light of its support for the post of chief rabbi of a racist, inciting rabbi who forbids the sale or rent of homes to Arabs.”

The party hasn’t formally endorsed Eliyahu, but Haaretz reports that at least seven of the party’s 12 lawmakers are supporting him. Some sources have named Housing Minister Uri Ariel and deputy religious services minister Eli Ben-Dahan as his chief boosters. Eliyahu is the son of the late Sephardic chief rabbi Mordechai Eliyahu, who was the spiritual mentor of the hardline wing of the National Religious Party, the forerunner of Jewish Home.

“It cannot be that the minister of housing [Jewish Home deputy leader Uri Ariel], who is responsible for overseeing the sale and rental of homes to citizens, would support someone who forbids selling or renting to Arabs. Most of the leaders of his party have done likewise.”

The signers continued: “We, the undersigned, declare that this is a black flag.”