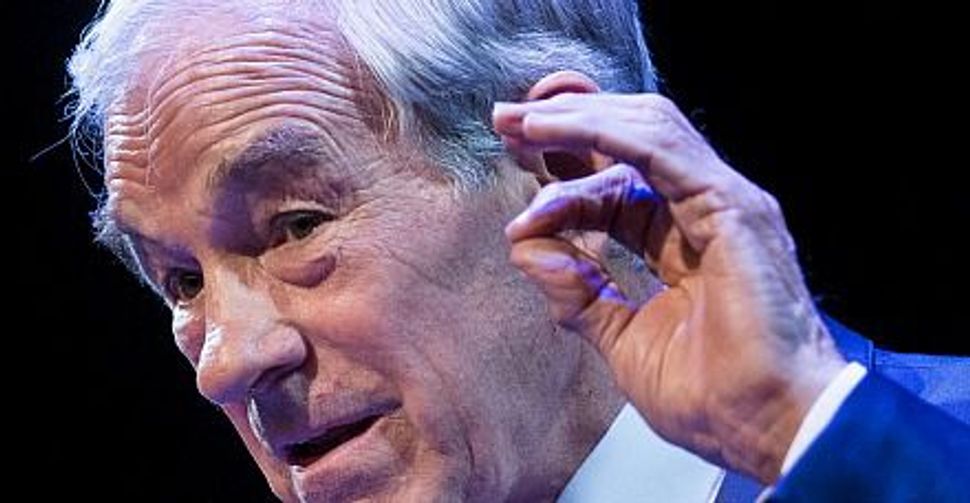 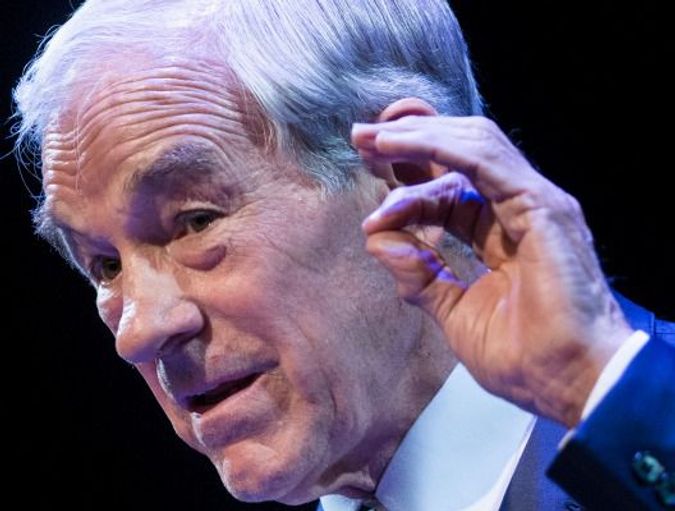 Former Texas Congressman and perennial GOP presidential contender Ron Paul is scheduled to keynote a conference in Canada next weekend of a “radical traditionalist” Catholic organization that’s described by human rights organizations as a major center of anti-Semitism.

Other scheduled conference speakers include John McManus, president of the John Birch Society, the hoary staple of the far right, and Italian politician Roberto Fiore, founder of the neo-fascist Forza Nuova and a close ally of the British National Front.

Another scheduled speaker, Canadian Senator Romeo Dallaire, best remembered for his efforts as U.N. peacekeeping commander in 1994 to halt the Rwandan genocide, withdrew from the conference on August 26, saying he had been booked by a speakers’ bureau months earlier and was “embarrassed” to learn who the sponsors really were.

The conference, titled “Fatima: The Path to Peace!,” is sponsored by the Fatima Center, which promotes devotion to the miracle of Fatima, in which the Virgin Mary supposedly appeared to three Portuguese children in 1917. The Fatima Center was founded in 1977 by Father Nicholas Gruner, a Canadian priest who preaches a melange of conspiracy theories about Jews, Masons and Communists supposedly diverting the Catholic Church from the message of the Fatima miracle. I confess that after studying their literature I still don’t exactly get what the message of the Fatima miracle is, much less how it relates to worldwide Jewish and Masonic conspiracies. Thankfully, the Vatican seems to have problems with it, too – it suspended Gruner from priestly activities in 2001 because of his extremism and defiance of disciplinary measures.

The conference runs from September 8 to 13 at the Scotiabank Convention Centre in Niagara Falls, Ontario. Paul is scheduled to speak September 11, which, considering everything we know about him and his expected audience, doesn’t sound like a coincidence. Paul’s participation was first reported by the Southern Poverty Law Center (SPLC) on August 20. The report was reposted on Salon.com August 21.

A report on the Fatima gig by Henry Decker at Joe Conason’s National Memo blog takes note of Paul’s long history of trafficking in bigotry (look here and here, for example), as well as the weird mix of distinguished scholars and cranks he’s gathered at his Ron Paul Institute for Peace and Prosperity, and goes on to wonder whether Senator Rand Paul can escape his father’s shadow – if indeed he wants to – to turn himself into a credible presidential candidate.

Strangely, beyond the Salon and National Memo pieces and this cute brief by Jonathan Chait at New York magazine’s Daily Intelligencer, appropriately headlined “Ron Paul Expecting the Spanish Inquisition” (for Monty Python fans only), Paul’s upcoming keynote has gone pretty much unnoticed in the mainstream media. The guy was a serious presidential candidate just a few months ago, for goodness’ sake, and he’s still got a serious following. Whatever we thought we knew about him, this kicks it up several notches.

The SPLC, an Alabama-based civil rights organization that tracks hate groups, claims that Catholic radical traditionalist groups including the Fatima Center “may form the single largest group of hard-core anti-Semites in America.” Their best-known advocate is Hutton Gibson, the father of Mel Gibson. In fact, for those with long memories, it was this in-depth profile of Gibson Senior and his beliefs by Christopher Noxon in the New York Times magazine in March 2003 that ignited what became the furor surrounding Gibson Junior’s “The Passion of the Christ,” released almost exactly a year later.

The SPLC carefully distinguishes “radical traditionalists” from traditionalist Catholics who celebrate the Mass in Latin and “dislike many of the liberalizing reforms” of Vatican II but don’t typically traffic in conspiracy theories or peddle anti-Semitism.

Fatima Center head Gruner, interviewed August 23 about the Paul speech by the conservative Washington Free Beacon, denied that he or his organization are anti-Semitic. He went on to question the term “Holocaust denial,” asking, “Are we talking about the six million Jews that are alleged to been killed by Hitler?”

“A question that nobody has been able to answer for me, is how can you have six million die, and have 13 million left, when you only had 13 million to start with?” Gruner continued. “I think it’s impossible. But you know, I’m open-minded. I’ll listen to somebody who can prove it otherwise.”

A spokeswoman for the Fatima Center, Coralie Graham, denied to the Canadian Broadcasting Corp. that the organization was anti-Semitic, saying it was the victim of a “smear campaign.”

Other speakers scheduled at the conference include several individuals profiled by the SPLC as leaders of the radical traditionalist movement. Among them:

John Vennari, head of Catholic Family Ministries, who claims that “Jewish Masons” have been infiltrating and subverting the Catholic Church since the 1700s and once (in 2003) called Judaism “part of the Kingdom of Satan.” A regular contributor to The Remnant, he wrote an article in 2000 demanding that “Jewish rabbis … repudiate their blasphemous Talmudic errors and convert.” He also co-authored an article with Matt in 2006 criticizing Pope Benedict XVI for visiting a synagogue and failing to call on the Jews there to convert.

Robert Sungenis, president of Catholic Apologetics International and author of, among many other works, a 2005 series of articles in The Remnant titled “The New World Order and the Zionist Connection.”

According to Salon.com, John Birch Society head McManus will be proceeding from the Fatima conference to another radical traditionalist conference, “Catholic Restoration Conference VII,” scheduled to open September 13 in Washington, D.C., where he’ll be joined by another luminary of the radical traditionalist movement, E. Michael Jones, editor of the Indiana-based Culture Wars magazine, which has featured such cover stories as “Judaizing: Then and Now” and “Shylock Comes to Notre Dame.”

The Toronto-based Friends of Simon Wiesenthal Center for Holocaust Studies said in a statement that it was “closely monitoring” the Fatima conference.