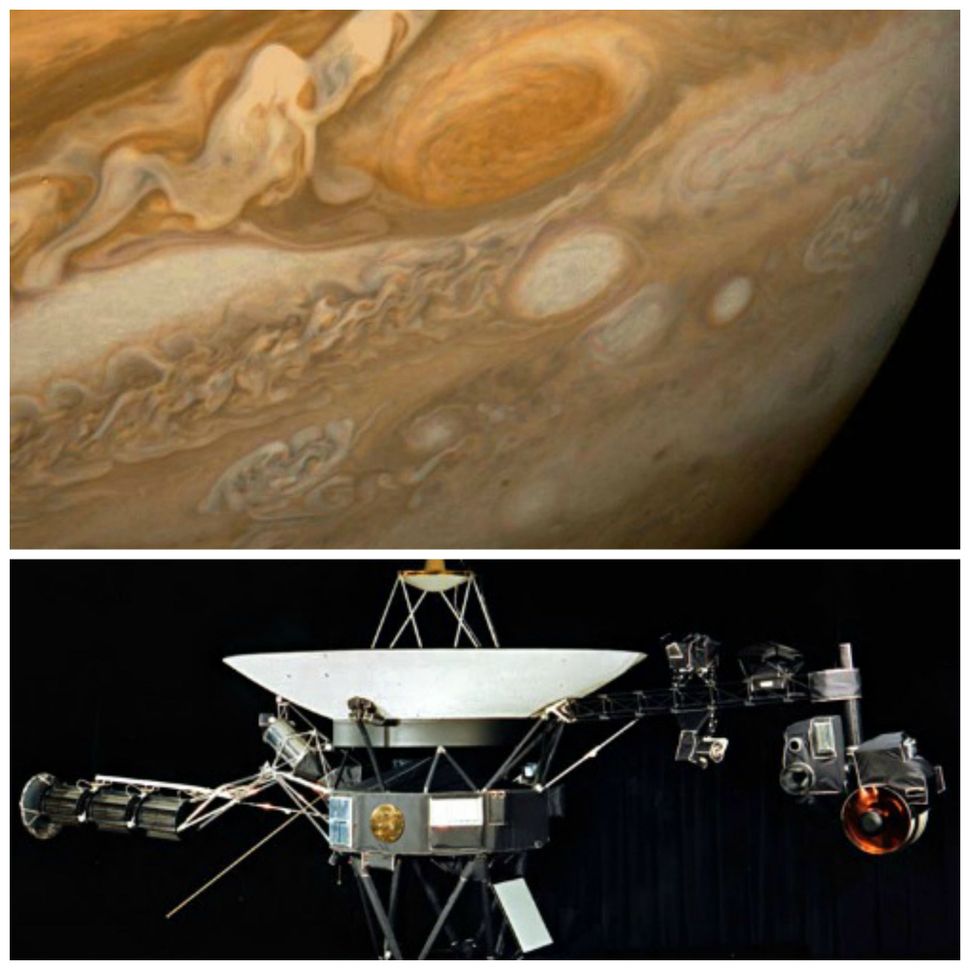 But something unambiguously great happened today, September 12, 2013: NASA confirmed that Voyager 1, the spacecraft launched to Jupiter and Saturn on September 5, 1977 (36 years ago), has left our solar system and entered the cold zone of deep space, the first man-made object ever to enter the vast, unknown realm between the stars, interstellar space.

The crossing actually occurred a year ago, on August 25, 2012, according to NASA’s calculations. But, as Space.com reports, the instrument that would have detected the crossing and transmitted it back to earth broke down in 1980, so scientists had to rely on complicated calculations from other instruments. It took a bit of luck, too: “A massive solar eruption in March 2012 arrived at the location of Voyager 1 about 13 months later, making the plasma around the probe vibrate, NASA officials said.”

The evidence was outlined in a paper published online Thursday in the journal Science.

Lead author Don Gurnett, a University of Iowa plasma physicist and a Voyager project scientist, said the data showed conclusively that Voyager 1 had exited the heliopause — the bubble of hot, energetic particles that surrounds our sun and planets — and entered into a region of cold, dark space called the interstellar medium.

Voyager 1 reached the boundary of the heliosphere in 2004, a milestone marked by readings showing the speed of the solar wind had dropped below that of sound. But it took another nine years to complete the crossing and move out into interstellar space.

The transition actually occurred in August 2012, but an instrument that would have confirmed that failed in 1980, forcing scientists to rely on less direct methods of observation.

“When we got that data, I and my colleagues just looked at each other and said, ‘We’re in the interstellar medium.’ It was just that clear to us,” Gurnett said.

Gotta give a hat tip to a post on Facebook from Brian McRae, my (actual) friend and fellow former Kibbutz Gezer-nik, for alerting me. As we discovered in chatting, Voyager is still about 24,000 light years from the edge of our galaxy, the Milky Way, but could exit the galaxy into the true unknown—in about 408 million years. When that happens, I predict CNN will have Larry King covering it live.