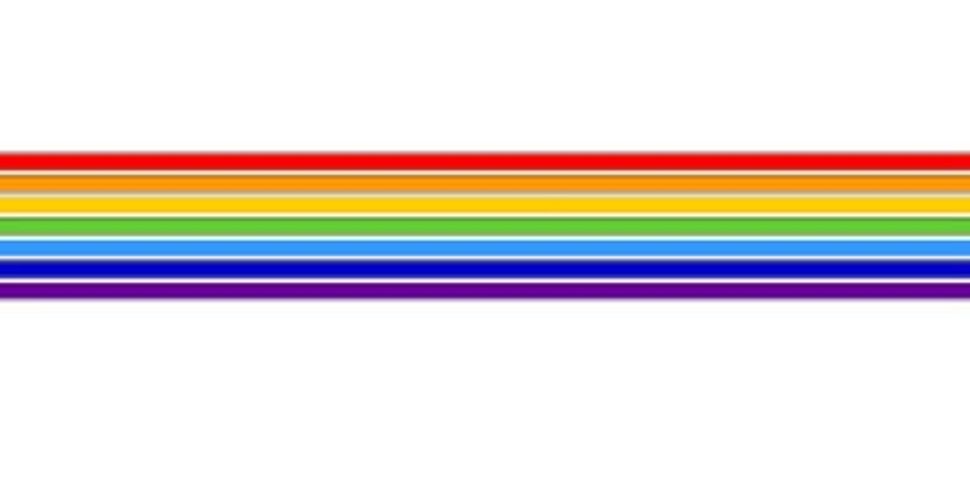 The Kremlin’s self-styled flag experts have declared that the flag of Russia’s Jewish Autonomous Region —which bears an uncanny resemblance to the rainbow gay pride symbol — is in fact 100% kosher, Buzzfeed World reported.

The flag, designed in 1996 for the Birobidzhan region, boasts colorful stripes on a white background. It was under review for its possible violation of Russia’s ban on LGBT propaganda.

“Regarding the similarity of this flag with the symbol of the gay movement, we explain that not every rainbow image is linked to sexual orientation,” Georgy Vilinbakhov, a Kremlin advisor, wrote in a letter published by local website EAOMedia.ru.

“Obviously, the above described flag, the flag of the Jewish Autonomous Region, whose foundation is a white cloth, has nothing to do with that,” he wrote. “This flag does not contradict the current law of the Russian Federation and so there is no basis to cancel or change it.”

The Jewish Autonomous Oblast, or region, was designated by Stalinist Soviet authorities in 1934 as a “Jewish socialist republic.”

Interviewed by the same local outlet, the flag’s creator, Alexander Valyaev defended his design. “On its flag the gay movement uses seven stripes, not six,” he pointed out. “The rainbow is a divine symbol, taken from the Bible. God threw the rainbow from the sky into the wilderness of the desert as a symbol of hope.”