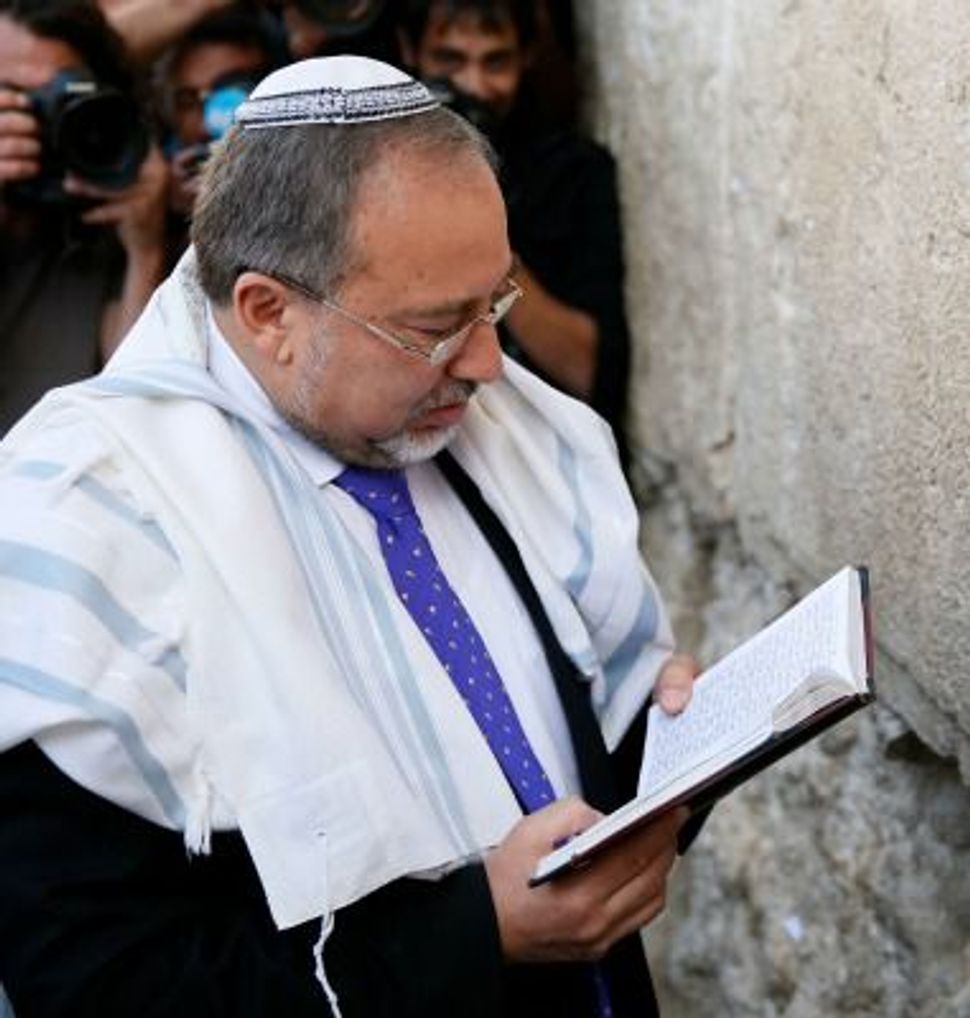 The verdict ends one of Israel’s longest running political dramas. Police began investigating Lieberman in 1999 on suspicion of operating dummy companies in Cyprus and elsewhere, nominally headed by his daughter and driver among others, that allegedly funneled millions of dollars in illegal cash to him from European tycoons seeking favors. In the meantime, Lieberman’s star kept rising as the voice of Russian-speaking Israelis and scourge of Arabs, leftists and human rights activists.

The latest stage of the drama began in 2011 when attorney general Yehuda Weinstein decided not to indict him on the main charges of bribery and illegal cash, claiming insufficient evidence. Instead he filed the lesser charges of fraud and breach of trust related to the ambassadorship. The indictment was issued in December 2012, forcing Lieberman to step down as foreign minister. His Yisrael Beiteinu movement, one of Israel’s largest political forces, was left leaderless, with nobody approaching his stature as a potential successor. Prime Minister Netanyahu left the foreign minister’s post open pending the verdict at Lieberman’s insistence, nominally holding it himself but effectively leaving the ministry and diplomatic corps in limbo. A guilty verdict would have ended Lieberman’s political career and set off a free-for-all as individuals and parties tried to coopt his followers, fill the leadership vacuum on the secular right and pick up Lieberman’s ultra-nationalist, minority-bashing banner.

Now that the case is closed, Lieberman is expected to return to the foreign ministry on Monday, November 11. That will set off a scramble all its own. The Cabinet currently includes 22 ministers, two more than the 20-minister to which Netanyahu agreed last February at the insistence of good-government advocate Yair Lapid of the Yesh Atid party. Speculation for weeks has been that Lapid would insist on forcing one minister to be fired, a daunting political dilemma for the prime minister.

This week, however, Lapid is said to have agreed tentatively to let the Cabinet expand to 23 ministers. But there are two conditions: First, coopt his Yesh Atid ally, Science Minister Yaakov Peri, a former director of the Shin Bet security service, to the seven-member inner security cabinet. Second, put Yesh Atid Knesset whip Ofer Shelah, a former military reporter (and onetime Forward correspondent) in Lieberman’s place as chair of the powerful Knesset foreign affairs and defense committee. Both conditions would put Netanyahu in a tough spot, though.

To begin with, the prime minister is known to favor his own ally for the Knesset committee post, Likud veteran Tzachi Hanegbi. He’s chaired the committee before and held cabinet posts in charge of internal security, intelligence services, atomic energy and strategic relations with the United States. Hanegbi was one of the moderate Likud lawmakers who defected with Ariel Sharon in 2005 to form Kadima, but Netanyahu later lured him back to the Likud.

Further complicating matters, one of the Likud’s far-right Young Turks, the bookish, bespectacled Yariv Levin, who currently serves as coalition chair, has his eyes on the post. Giving it to Yesh Atid would hurt a lot of feelings in the Likud.

As for putting Peri in the security cabinet, that could be even harder. Despite his long security record—or, he would argue, because of it—Peri is one of the most dovish members of Netanyahu’s coalition. He was one of the moving forces by the controversial documentary film “The Gatekeepers,” in which he appeared. And before entering politics last year he spearheaded a coalition of former military and intelligence people lobbying for the government to accept the 2002 Arab Peace Initiative.

The current security cabinet is heavy on political rookies with little background in military or intelligence affairs, a situation that worries some experts. But Netanyahu apparently prefers that to the prospect of having Peri in the room. In fact, it’s said that when forming the current government, Netanyahu cut the size of the security cabinet in half, from 14 members to seven, for the purpose of limiting the three junior coalition parties to one cabinet member each—simply to prevent Lapid from bringing Peri to the table.