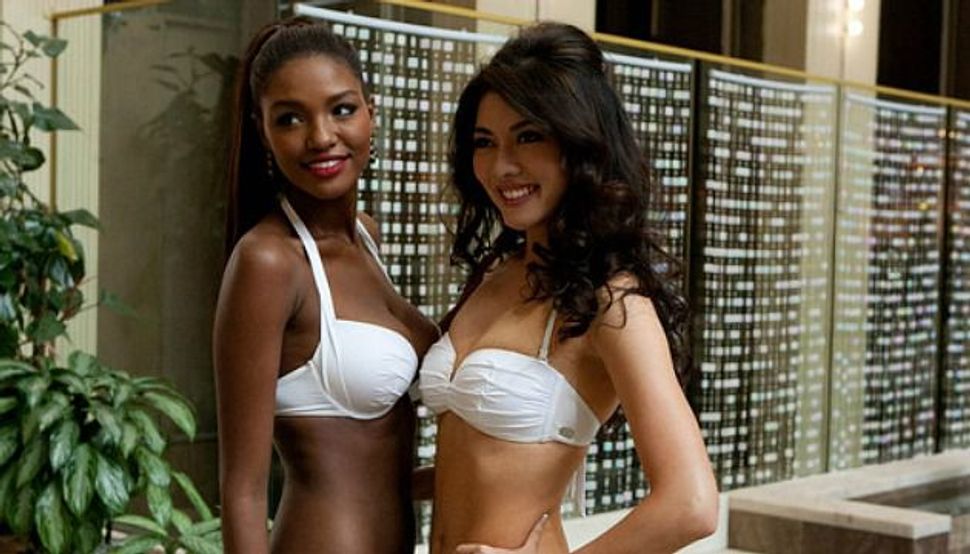 Titi Aynaw may not have been crowned Miss Universe 2013, but she did Israelis proud by representing her country in the international pageant in Moscow, Russia.

The first black Miss Israel failed to make it in to the semi-finals of the competition, despite our urging everyone to vote online for her. Gabriela Isler, Venezuela’s beauty queen, beat out other finalists from Ecuador, Brazil, Spain, and the Philippines to take the title.

It was a bit disappointing that Aynaw did not even make it in to the round of 16, especially since she was an early favorite among many. Nikkiii, a Brazilian beauty expert from the Missology website, who has an accurate prediction track record, even projected Aynaw as the winner.

Nonetheless, it looked as though Aynaw had a good time at the pageant, taking part in the preliminary national costume, swimsuit and evening gown competitions. We, for one, thought she looked fetching in her national costume, a white and gold ensemble seemingly inspired by two very different biblical personages: Aaron, the High Priest, and the Queen of Sheba. In a parade of what can only be described as a colorful explosion of national motifs on sexy steroids, Aynaw looked relatively demure and classy.

The International Business Times even declared Miss Israel the leader in terms of national costume. “Taking the top spot is Miss Israel. Her national costume was made from white cloth and elaborate gold designs in the front,” it wrote. “She looked like a goddess and it did everything to showcase her and her country.”

Aynaw looked a bit nervous strutting on stage in her one-piece red bathing suit, but more relaxed in her low-cut, long-sleeved white evening gown. “For three years, Israel was a lieutenant in her country’s army. She was in charge of 100 soldiers and says it really helped make her the tough woman she is today,” announced the host as Aynaw sashayed and smiled at the audience.

We know exactly what Aynaw, who was born in Ethiopia and has had to overcome challenges in her life, meant by that biographical blurb. But we’re thinking that “tough” is probably not a descriptor the Miss Universe folks would prefer to have associated with the pageant’s ultra-feminine brand. Could the “tough woman” remark have done her in?

We’ll never really know, and we don’t really care. Since being crowned Miss Israel last February, the trailblazing Aynaw has spoken intelligently and acted graciously on behalf of the Jewish State. No matter how she fared at the Miss Universe pageant, future Miss Israel aspirants are on notice that Aynaw is going to be a tough act to follow.