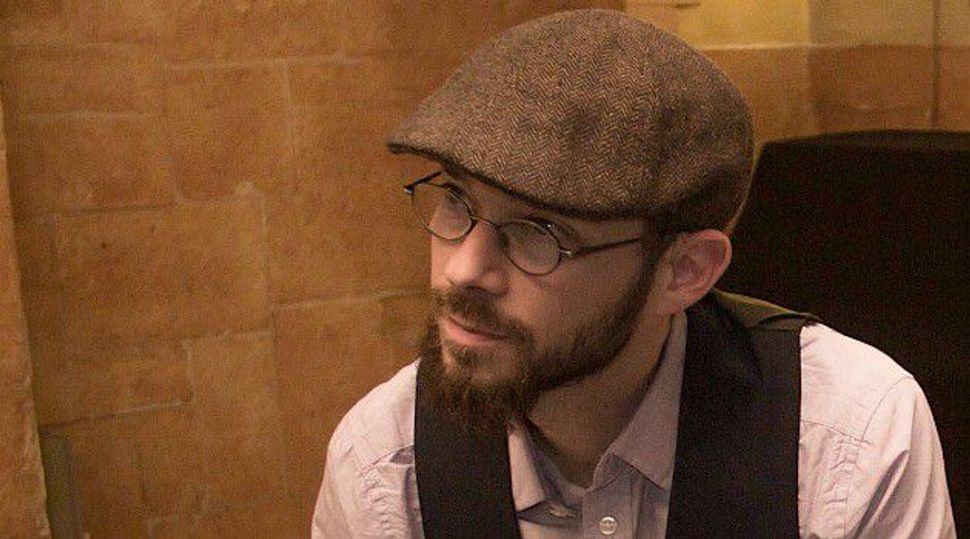 When it comes to the communal tent of dialogue around Israel, the last few years have seen a concerted attempt by Jewish leaders and institutions to delineate who should be considered “in” and who should be kept “out.” On the heels of the controversy surrounding Hillel’s guidelines, the Washington, D.C. Jewish Community Center has now entered the fray in an embarrassing way.

Writing in Haaretz, David Harris-Gershon revealed this week that the DCJCC uninvited him from a previously scheduled book event. Harris-Gershon was to speak on his memoir “What Do You Buy the Children of the Terrorist Who Tried to Kill Your Wife?” The reason for the cancellation? A July 2012 blog post Harris-Gershon wrote in Tikkun called “Today I’m Coming Out in Favor of BDS.” This is the second time in a few weeks that Harris-Gershon has been disinvited; as the Forward reported, last month, Hillel in Santa Barbara canceled an event at which he was slated to speak.

Last November, I wrote about the decision by Le Mood Montreal to bar two panelists due to their controversial views on Israel. But what we’re seeing now is a self-declared Zionist being barred from Jewish institutions for not being loyal enough — a new low in attempting to discipline discourse and silence meaningful dialogue.

Let’s examine what Harris-Gershon wrote in that infamous blog post from 2012:

I think about Israel’s inability to stop the occupation on its own, about how the only way to stop it may be for outside pressures to bear down upon the country I love.

These are the tools Israel and Israeli propagandists fear greatly, for they are tools with potentially sharp teeth.

And so we come to the confession, to the coming out: as an American Jew invested deeply in Israel’s success and survival — which in turn drives my investment in stopping one of the greatest moral challenges of my generation: the occupation — I have no choice but to formally endorse and embrace BDS.

There are a few things we need to keep in mind here. First, Harris-Gershon wrote this post in the wake of the bizarre Israeli ruling that the occupation was not, in fact, that. Since then, that Israeli document has faded from view, and the current peace process is bringing back some glimmer of hope.

Second, it’s not evident how far-reaching Harris-Gershon’s BDS attempt was meant to be. Most of the article, in fact, points to a very circumscribed form. He cites settlement-product bans and boycotts initiated by the EU and the Presbyterian Church. Israeli literary greats such as Amos Oz and David Grossman have similarly called for a boycott of settlements. So has the Israeli peace movement Peace Now. So have I. Peter Beinart, who was one of the first in the American Jewish community to endorse a boycott of settlement-made goods, even dubs the effort “Zionist BDS” to underscore the need to help Israel remain a Jewish and democratic state.

Third, there is much intrinsic confusion when it comes to BDS. As I wrote recently in Haaretz surrounding the latest SodaStream controversy, the BDS movement is caught up in its own ambiguity. What exactly is the intended endgame? We know all too well that the most prominent BDS proponents favor a “one-state solution.” Peruse the writings on Mondoweiss or Ali Abunimah on Electronic Intifada and their anti-Zionist, one-state goals become clear.

But Harris-Gershon is not a “one-stater.” He is a self-declared liberal Zionist who seeks an end to the occupation. This by its very nature puts him well within the mainstream. He is simply a clearly and understandably fatigued member of the mainstream.

Reading Harris-Gershon’s actual book, one quickly realizes that he has endured his share of fatigue: deep, personal, unyielding and terrorizing fatigue. His girlfriend had her body torn apart by a Palestinian suicide bomber while eating lunch at the Hebrew University in Jerusalem. He helped nurse her to recovery, in a slow, sad, heavy process. They lost two of their close friends in that bombing.

If anyone deserves to be fatigued by the lack of current political options, it is Harris-Gershon.

The organizers of the book talk, Harris-Gershon revealed, were apparently nervous that his talk would turn from his book to the topic of BDS. But maybe if it had indeed strayed into that delicate territory, we could have heard more from Harris-Gershon about what he really meant by BDS, even if we acknowledge that words, once published, take on a life of their own. Maybe we could have heard more about his vision for a robust and self-aware Zionism that is trying to save itself. And we might have better understood why a trauma survivor is able to see beyond the status quo to a new possible future.