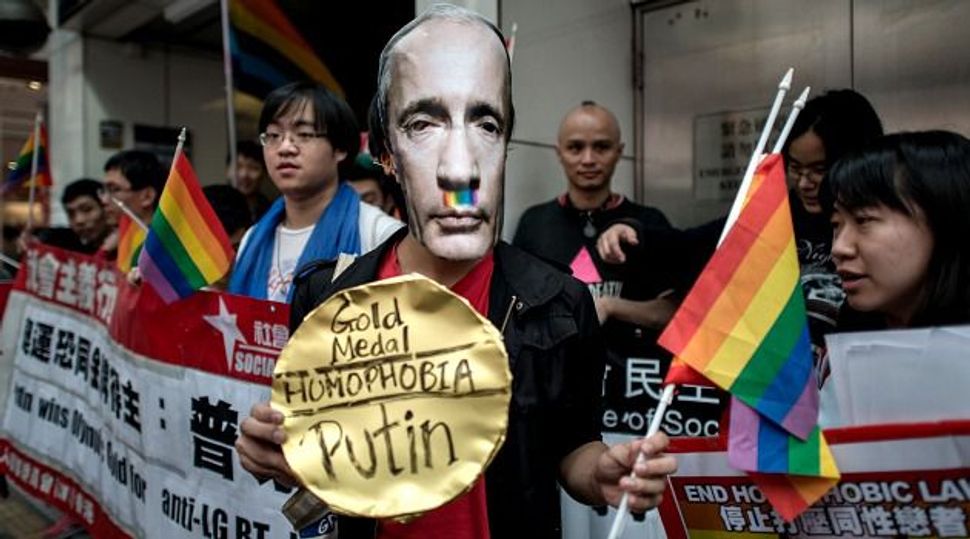 As the winter Olympics open today, there has been a crescendo of condemnation in the West of Russia’s many human rights violations. Sadly, in spite of all the attention Vladimir Putin’s discriminatory policies toward gays and lesbians and the environment of violent homophobia have received, the situation has not gotten any better. We published our editorial on Sochi back in November with the hope that the International Olympic Committee and sponsors like Coca-Cola and McDonald’s or the large network covering the event, NBC, might try and apply some pressure on Russia. But sadly that has not happened, and with the exception of a few token words from Putin, gays and lesbians feel even more embattled now just as the parade of athletes begins.

Until the IOC decides to truly practice what it preaches in its admirable charter — which includes a promise to fight “any form of discrimination” — what we are seeing today will continue every two years. The Olympics can serve as a powerful tool for reform, since all variety of compromised regimes seek to host the games. It should be a reward for conforming to human rights norms and not, as it is today, a way for autocrats to distract from gross violations of those norms.

We urge our readers to take another look at our editorial and we leave you with the sad words of Jeremy Schaap, the ESPN anchor and author of a book on the 1936 Berlin games, who came to this conclusion about the Olympics: “This is a movement that has countenanced the Third Reich, that countenanced Soviet Russia in 1980, that allowed hundreds of people to be slaughtered in Mexico City in the Tlatelolco massacre before the 1968 games. The Olympics has got a lot of blood on its hands, a lot of misery on its hands. I follow the Olympics, I’m a fan of the Olympics, but I wish the Olympics movement did more to adhere to the ideals that it espouses.”